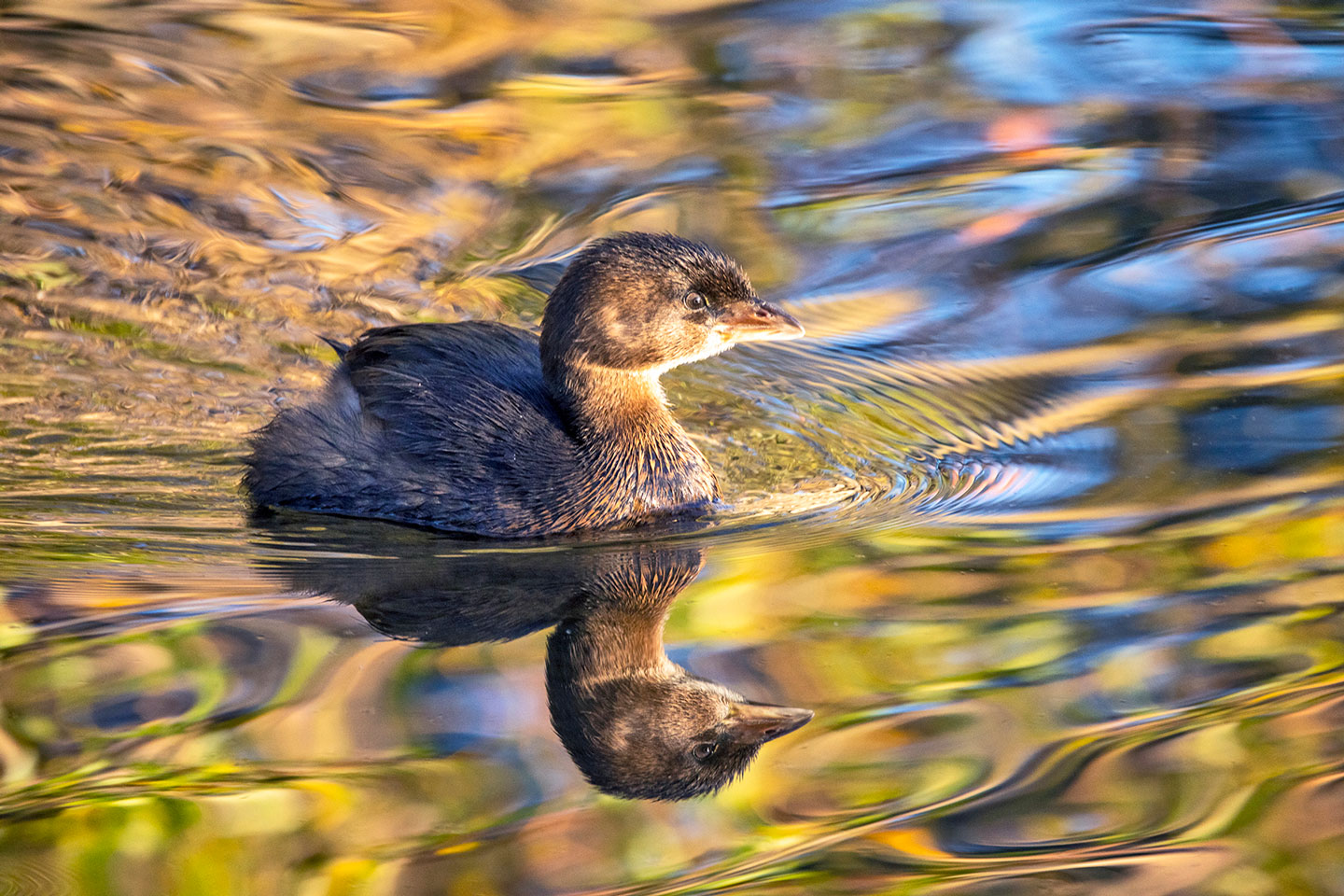 Grebes are a special group of diving aquatic birds found in both marine and, more commonly, fresh water. They differ from ducks in a variety of ways but the design of their big feet is the primary one. Instead of webbed feet they have lobes along their toes. Their legs are also farther back in their body making them good swimmers and divers but awkward on land. You rarely see grebes walk on the ground and they don’t often fly.

Pied-billed grebes (PBG) are common in wetlands, lagoons, estuaries, marshes, ponds and lakes all over the U.S. You’ve probably seen one, whether you knew it or not. Maybe you thought it was a nondescript duck. The PBG is the smallest grebe. Even when they are adult they can look like a young bird not yet fully grown.

Their plumage changes between non-breeding and breeding season. When breeding (Feb.- Sept.), the PBG’s beak turns whiter and develops the vertical stripe they are named for. Also their reddish color becomes grayer and they sport a new black chin patch. Male and females look alike (to us anyway.) You’ll see photos of both breeding and non-breeding birds.

Like other grebes, the PBGs ingest large amounts of their own feathers, even feeding these to young chicks. It would be like us eating our own hair and fingernails. Except that it helps them digest food and they don’t find it repellent. Ornithologists speculate that the matted feathers in their stomach act as a sieve to keep out sharp objects like a crayfish carapace. Periodically the PBGs regurgitate pellets of accumulated feathers and prey by-product.

Below are also several photos following a PBG attempting to down a large succulent crayfish. After removing the legs and claws it tried to swallow most of the crustacean’s body in one big gulp. It did not succeed and the little bird had to spit out the crayfish and pick it apart in smaller pieces.

Although PBGs are said to be vocal, I don’t recall ever (knowingly) hearing one until recently. The haunting display call during breeding season is captured in the video below.

Your comments are appreciated! 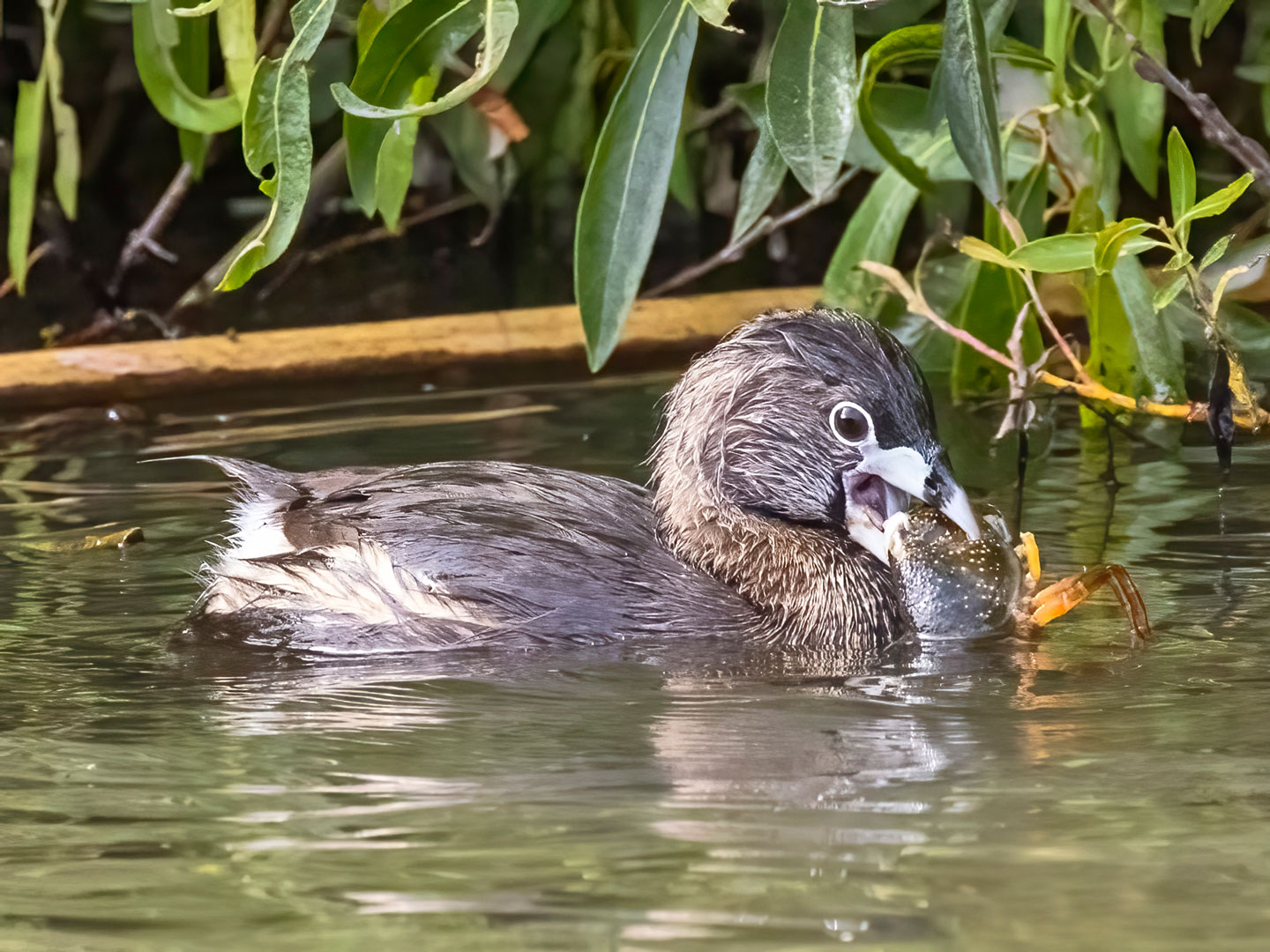 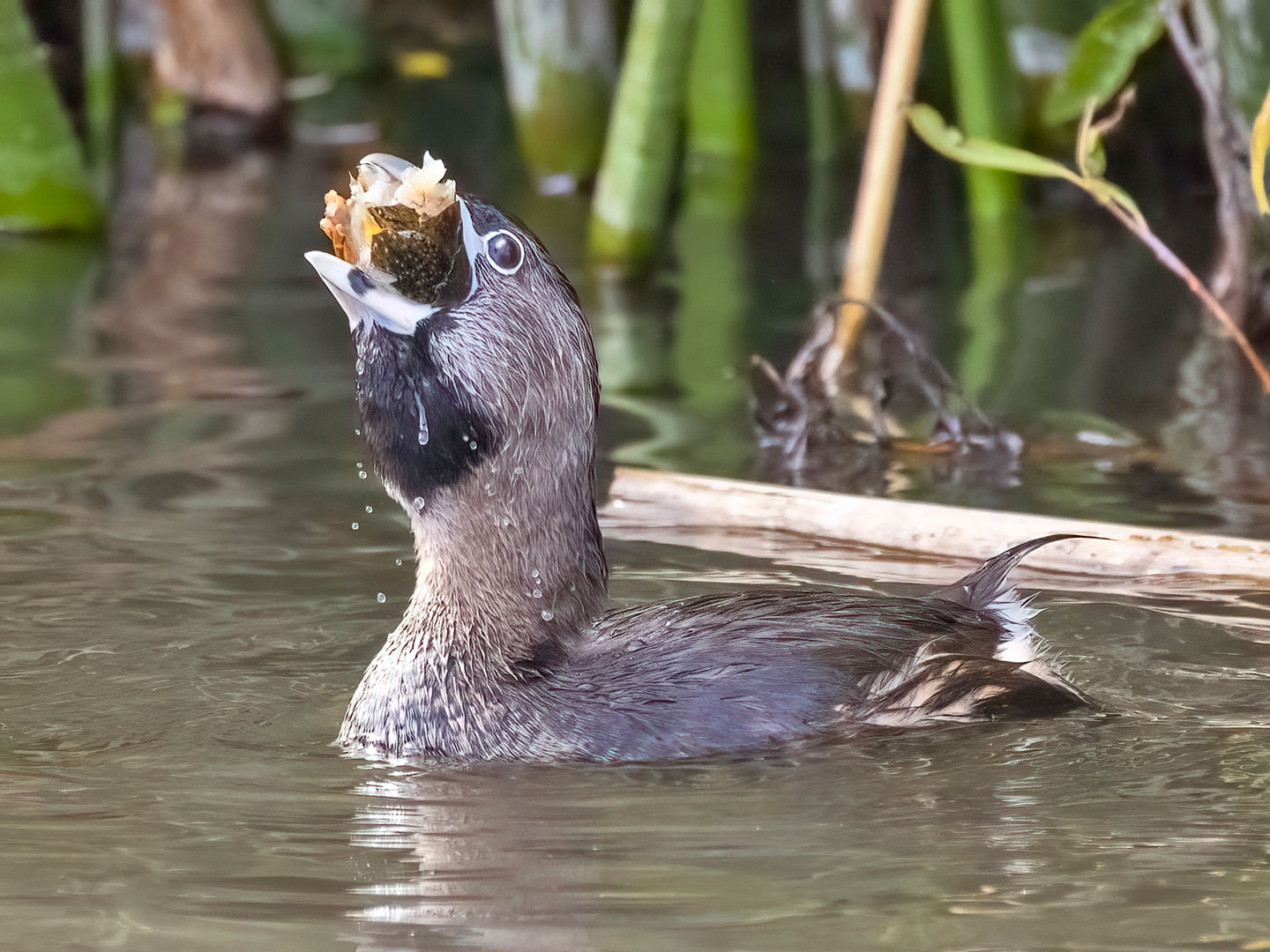 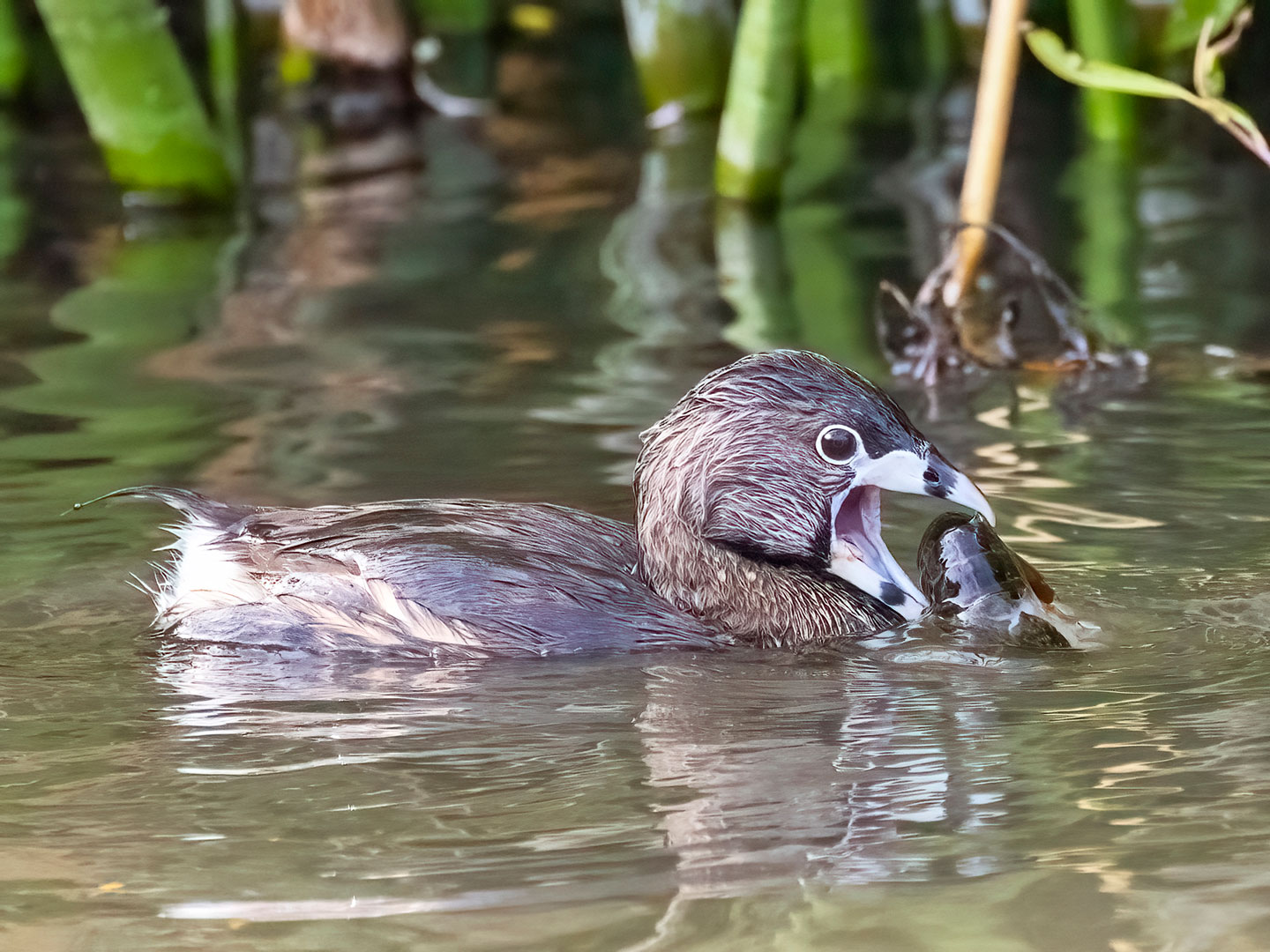 Releases crayfish too large to swallow 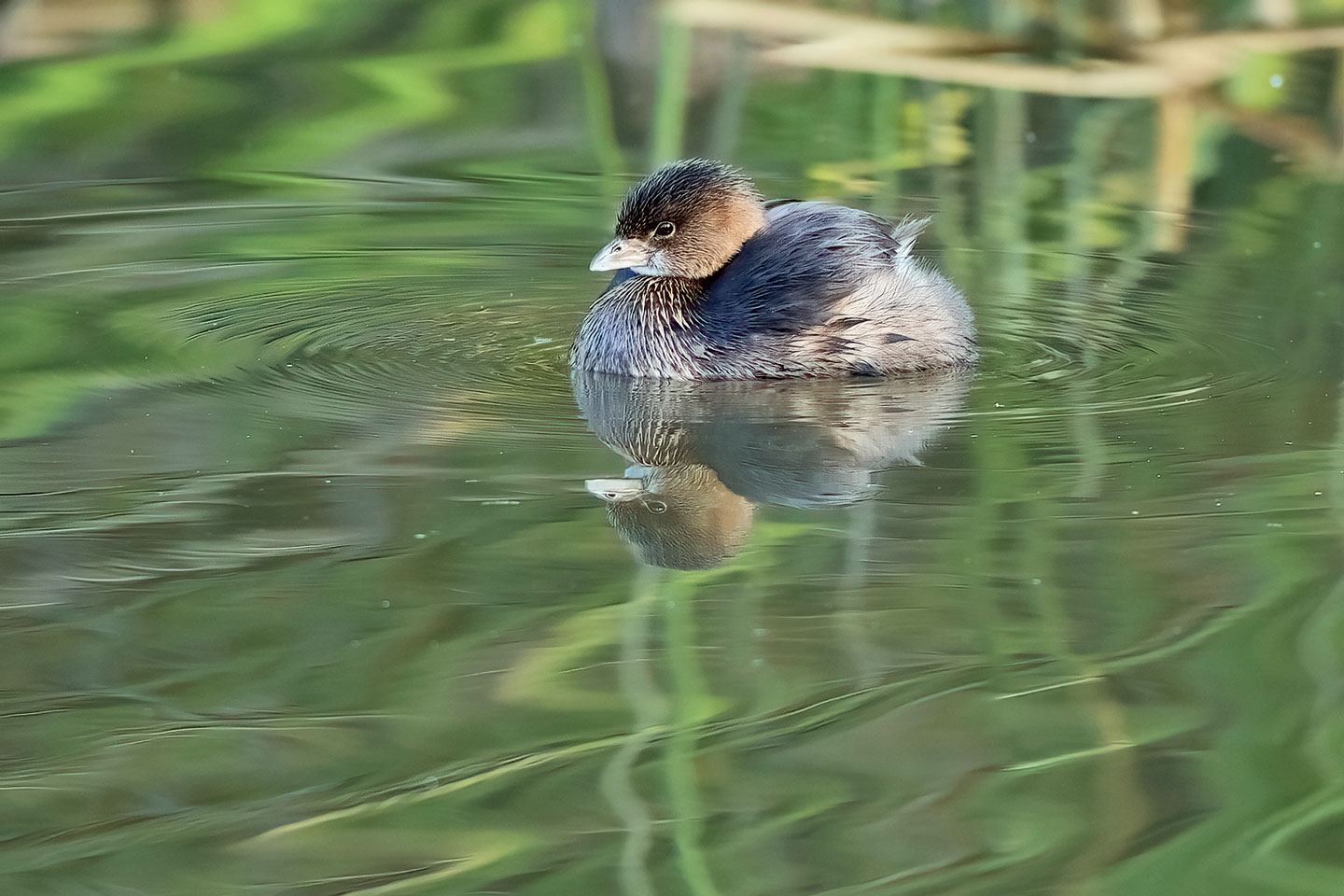 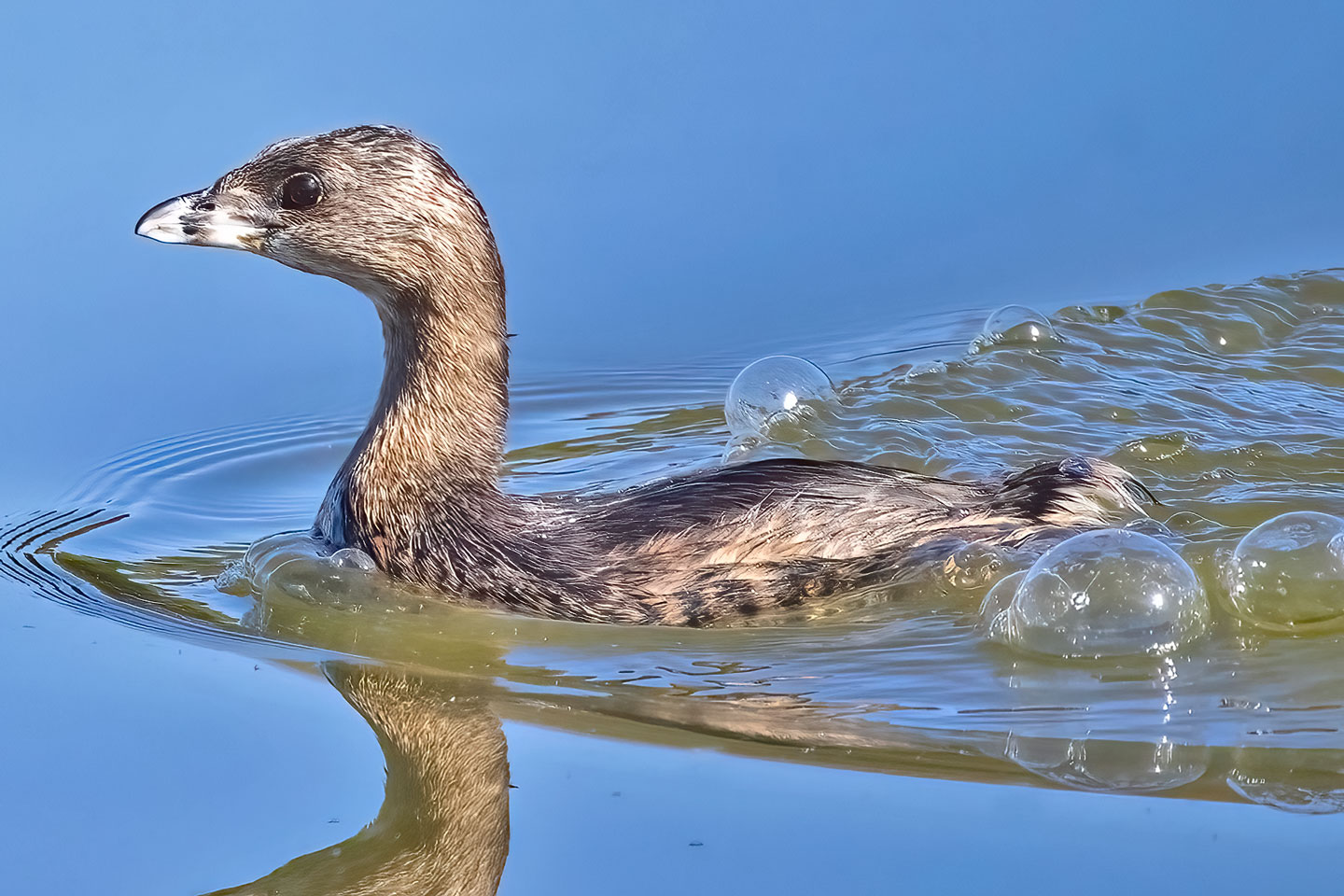 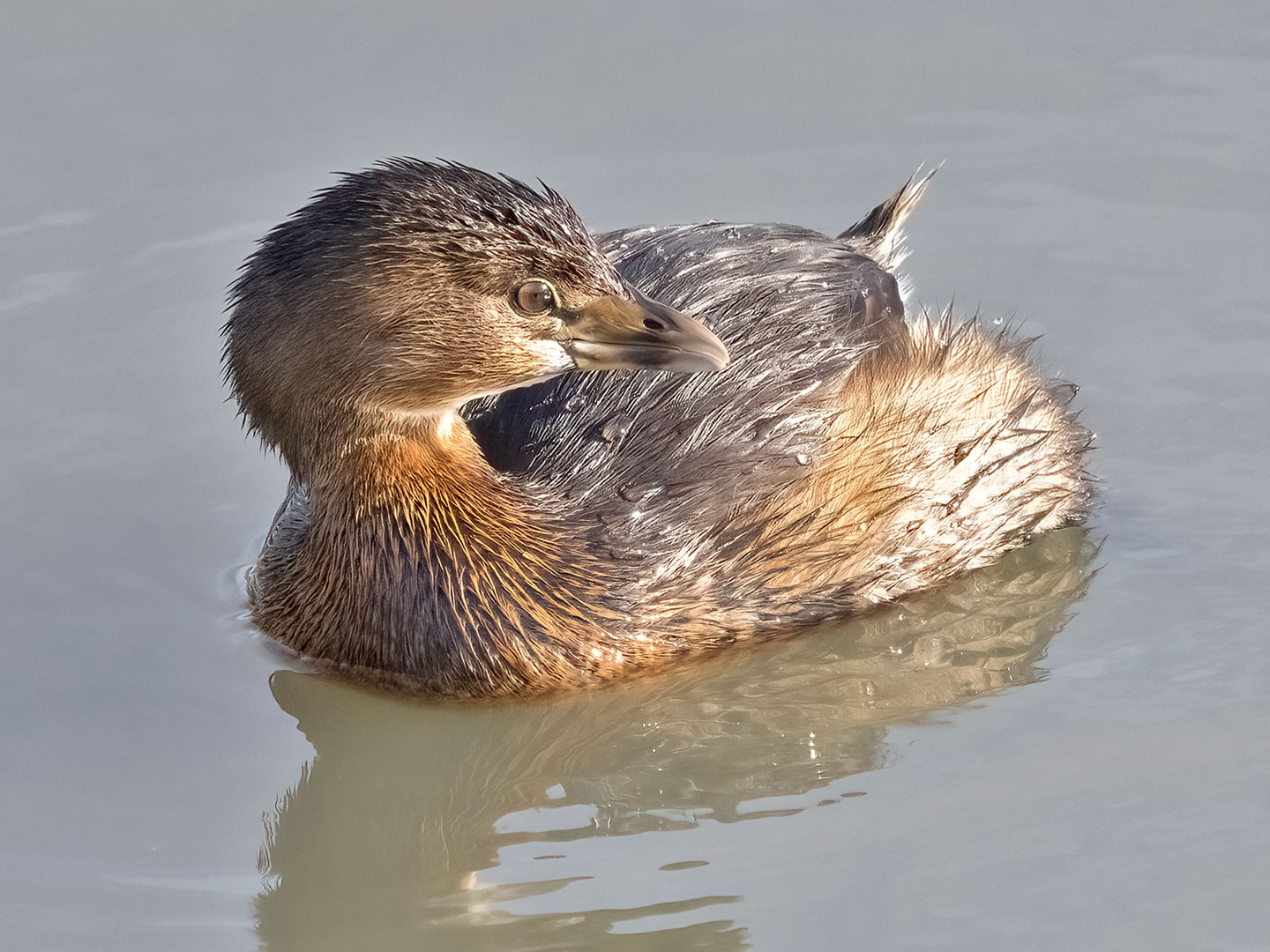