I grabbed the first available parking spot as I drove down busy West Cliff Drive on a clear hot Saturday afternoon in Santa Cruz.

After walking the twenty feet to the expansive view over Monterey Bay, I was stunned to see hundreds, maybe thousands, of birds before me. Mostly brown pelicans, cormorants, and gulls. It was a wildly chaotic scene of large birds hitting the water head first, sleek black birds floating on the surface then disappearing below and smaller gulls trying to steal wherever they could.

What drew them here was a large school of anchovies. The mass of shimmering fish glided unseen underwater, shifting location while looking for their own food and trying to escape being hunted. The birds followed them eagerly, crowding together above the dense heart of the school. Most often these feeding frenzies happen farther out to sea, but this time, the fish had come to the shoreline. Some of the Santa Cruz beachgoers stood at water’s edge, watching the exciting drama. Great schools of anchovies in Monterey Bay can also bring humpback whales in close. Sometimes, you can whale watch just by standing on the beach.

It’s difficult to communicate the scope of the commotion, movement and mayhem. The breeze smelled fishy and the air vibrated with raucous bird calls. Even so, some people strolling on the cliffside sidewalk showed little interest; I’m not sure they even noticed. While others stood mesmerized by the remarkable display of frenetic seabirds while taking photos with their phones.

The most active and entertaining characters by far were the brown pelicans. All were in constant motion. Many were flying above, seeking the point of entry for the best aerial attack. When ready, they would go into a steep nosedive creating an explosive splash. Often all that was visible of a pelican was its two large wings sprouting out of the water, the rest of its body below the surface, scooping up fish. The Bay was churning and frothy, not from waves or currents but from hordes of hungry birds. Some pelicans were floating, regularly dunking their huge beaks, gathering more fish in their pouch. Others were taking flight to begin this process over again.

It’s non-breeding season for pelicans, so their coloration is a rather drab brown in both adults and juveniles. But their feathers, outlined in lighter tones, create a beautiful scaly pattern, hearkening back to bird’s lizard-like primordial origins.

The cormorants were probably made up of Brandt’s, double-crested and pelagic; it was hard to tell them apart at that distance. The gulls seemed to include western, Hermann’s, ringed-billed, maybe California, but there may have been other species as well.

I felt an extra poignancy watching this amazing scene because I had just finished the book Migrations by Charlotte McConaghy. It is a novel set in the near future when most ocean and bird life has vanished. The book follows a woman haunted by life events and enchanted by birds who seeks to find any remaining arctic terns. Even with the wondrous bounty of the ocean on display here, I know that the actual numbers of sea birds and marine life is already greatly diminished. 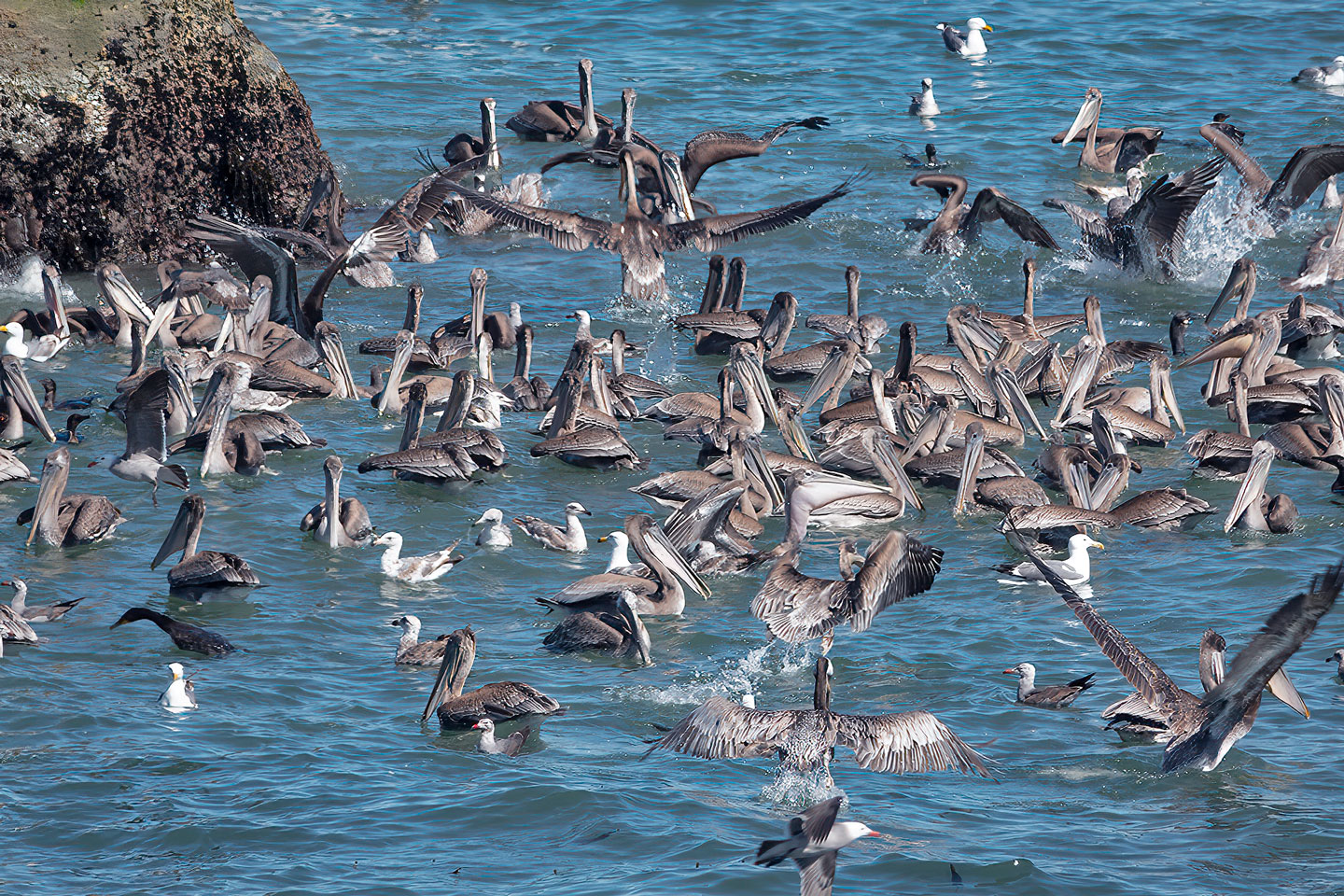 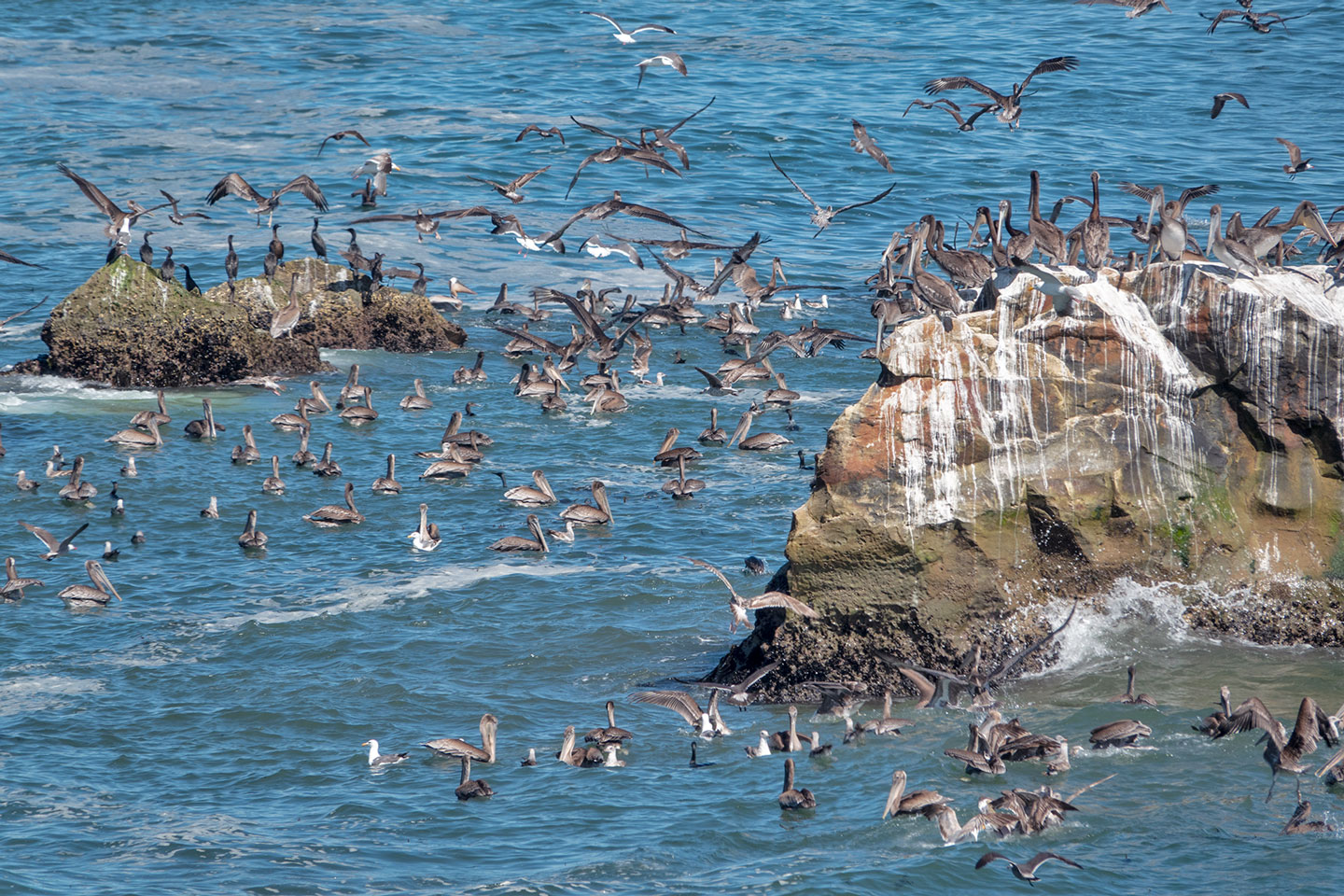 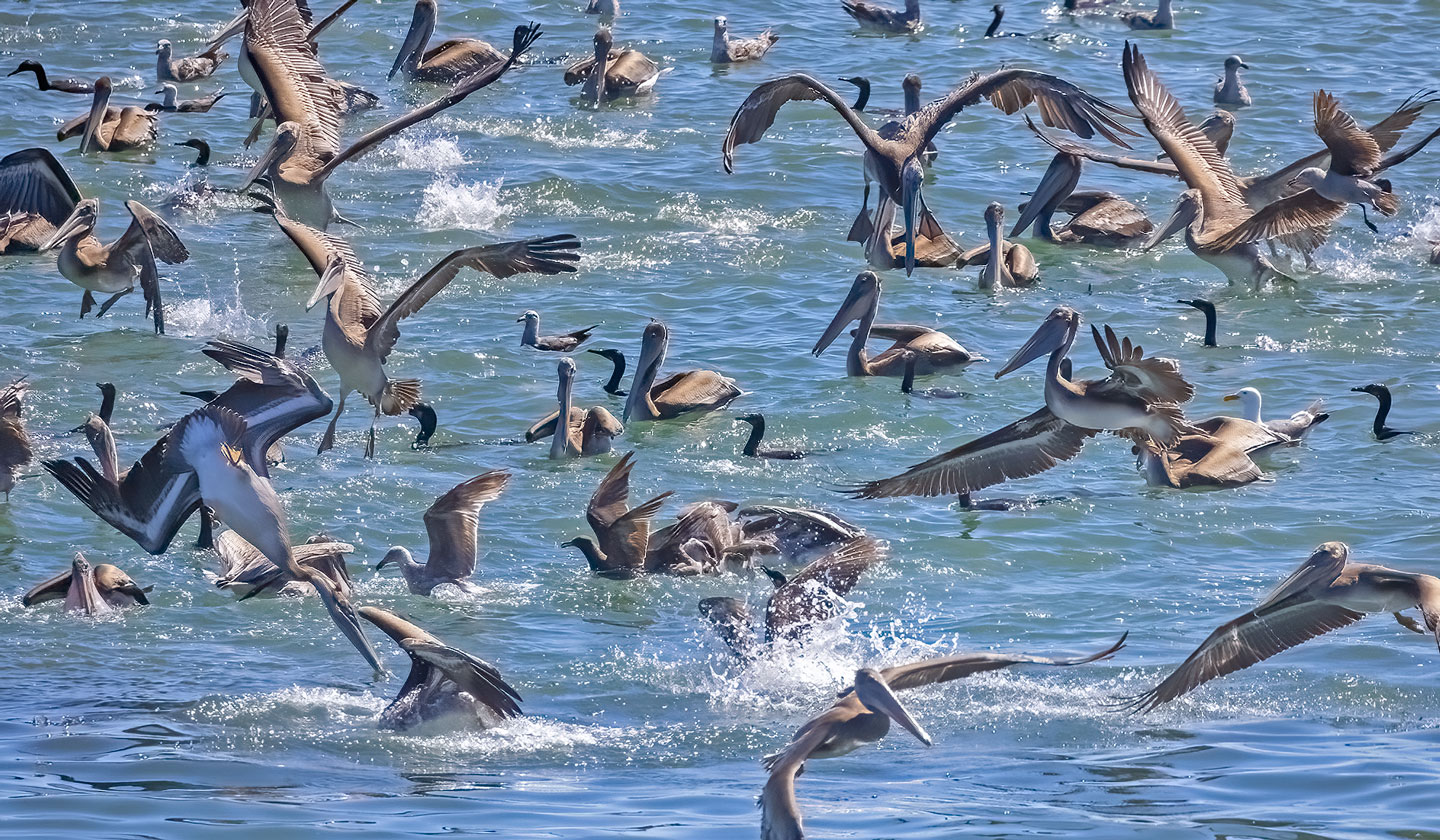 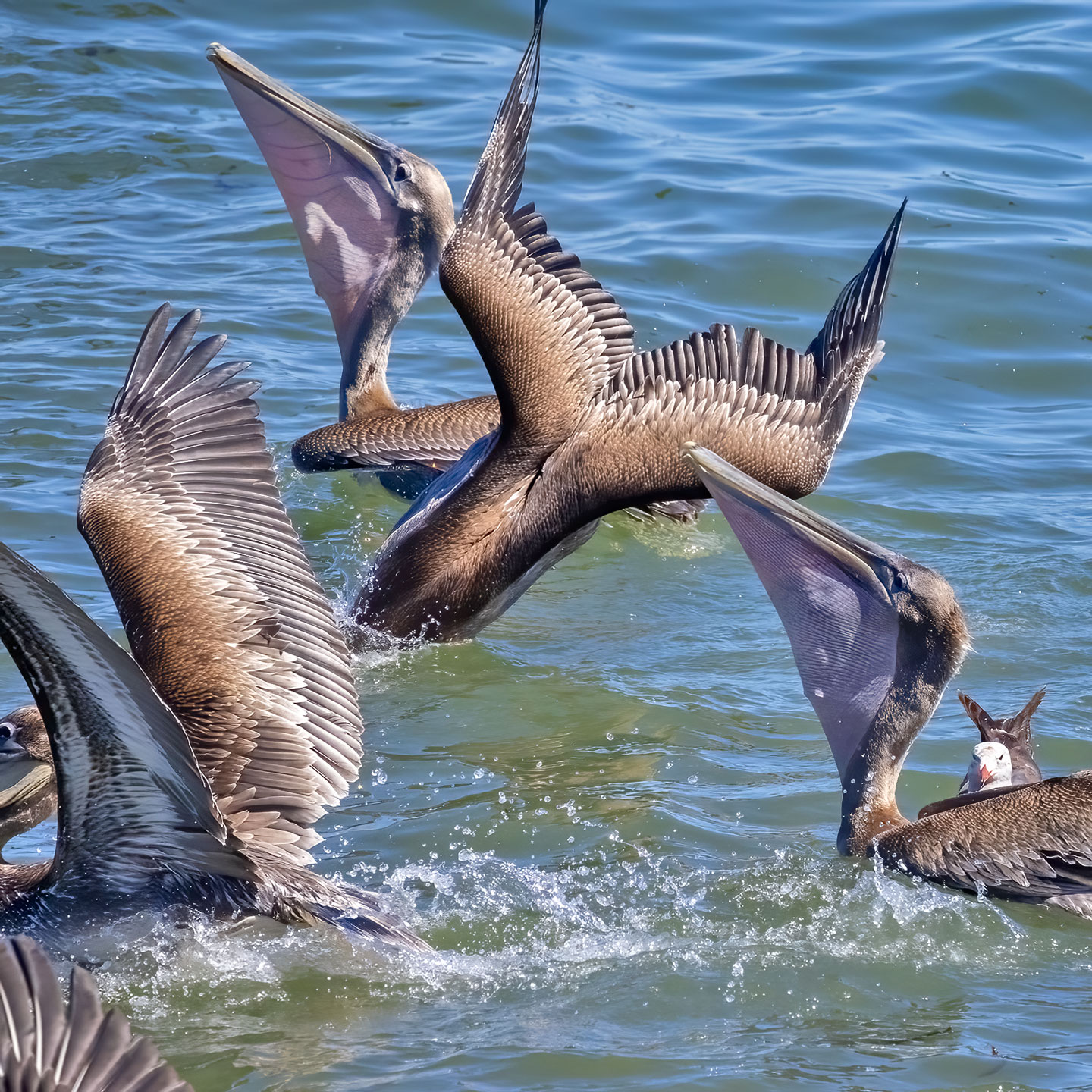 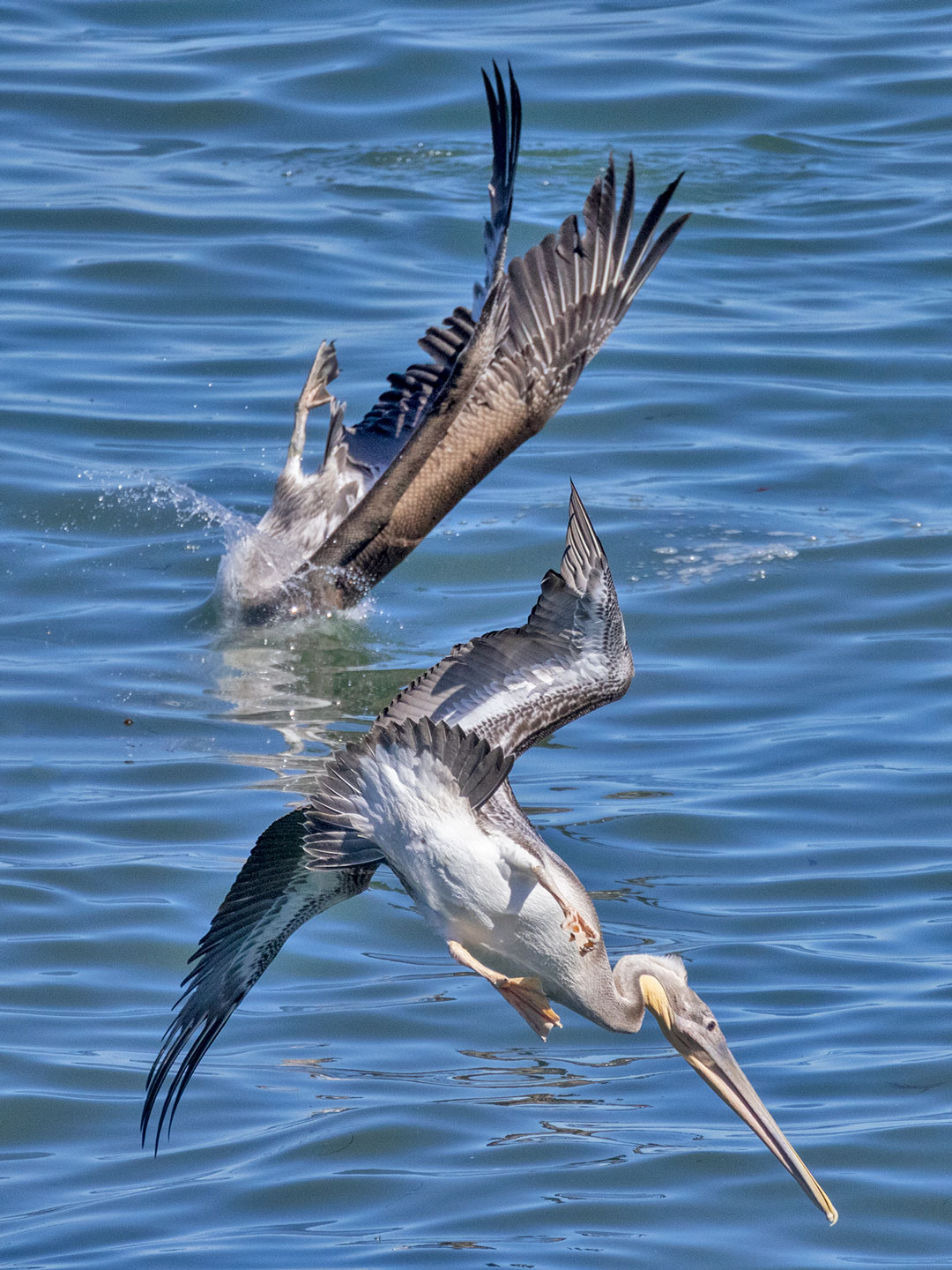 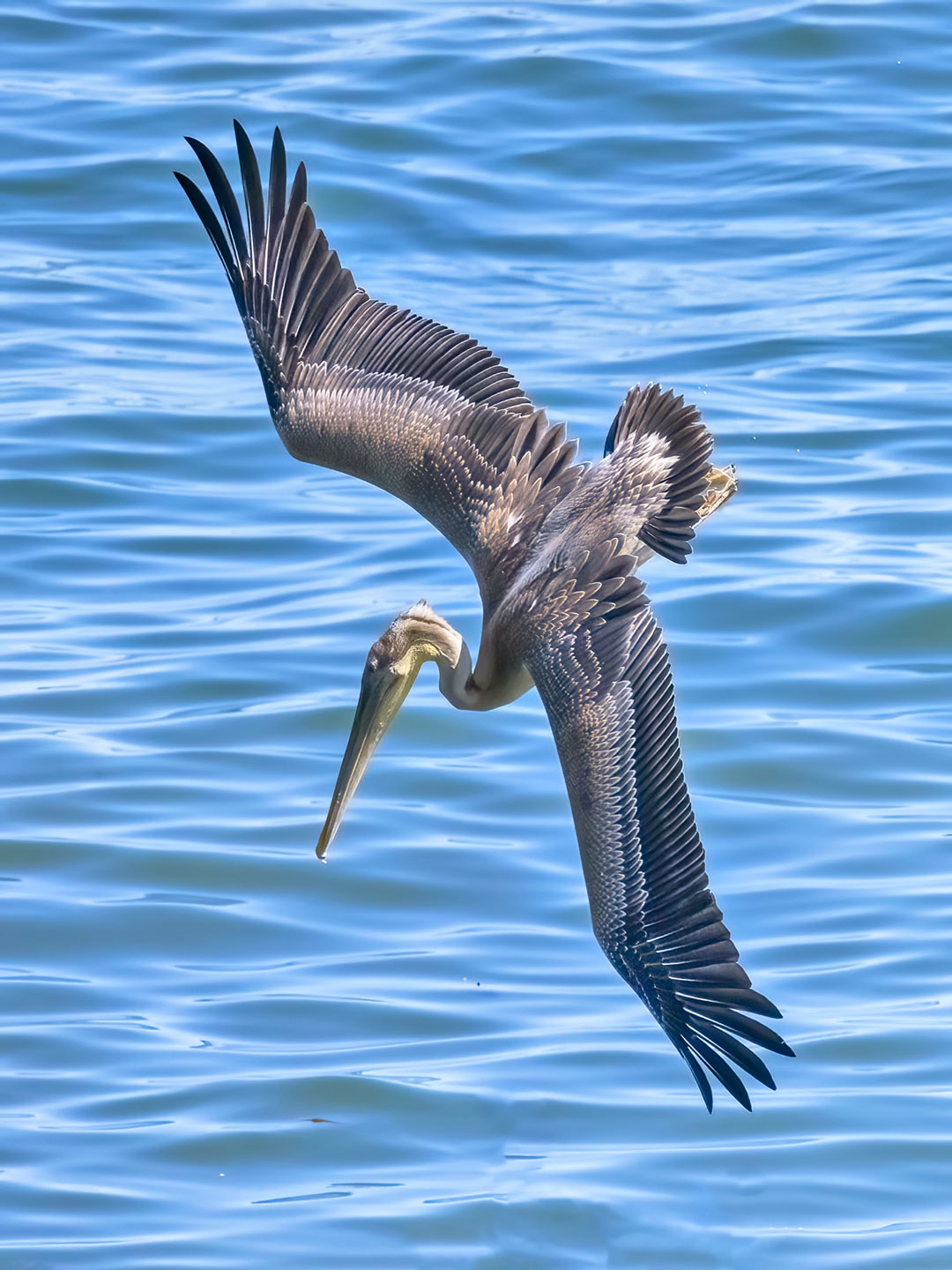 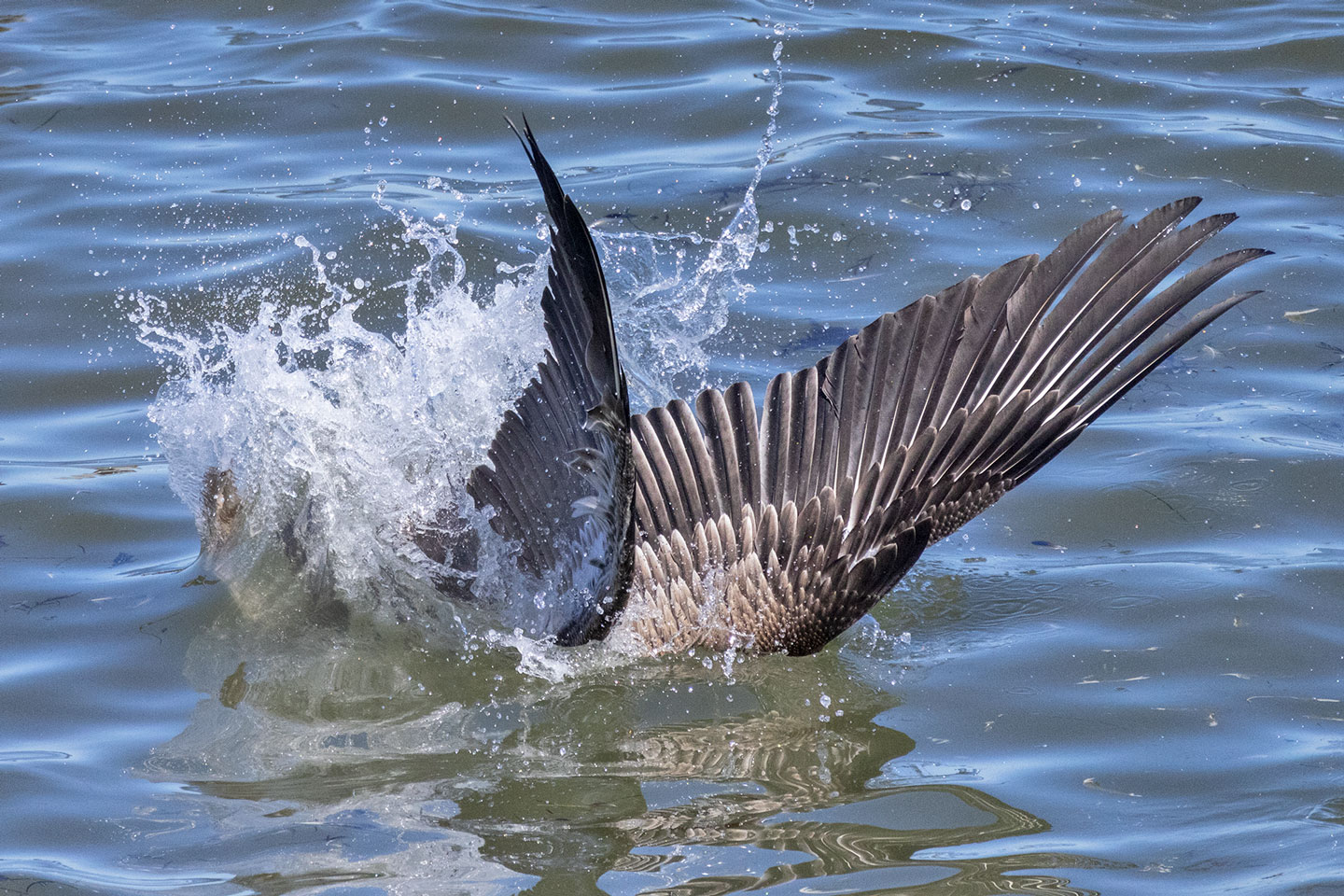 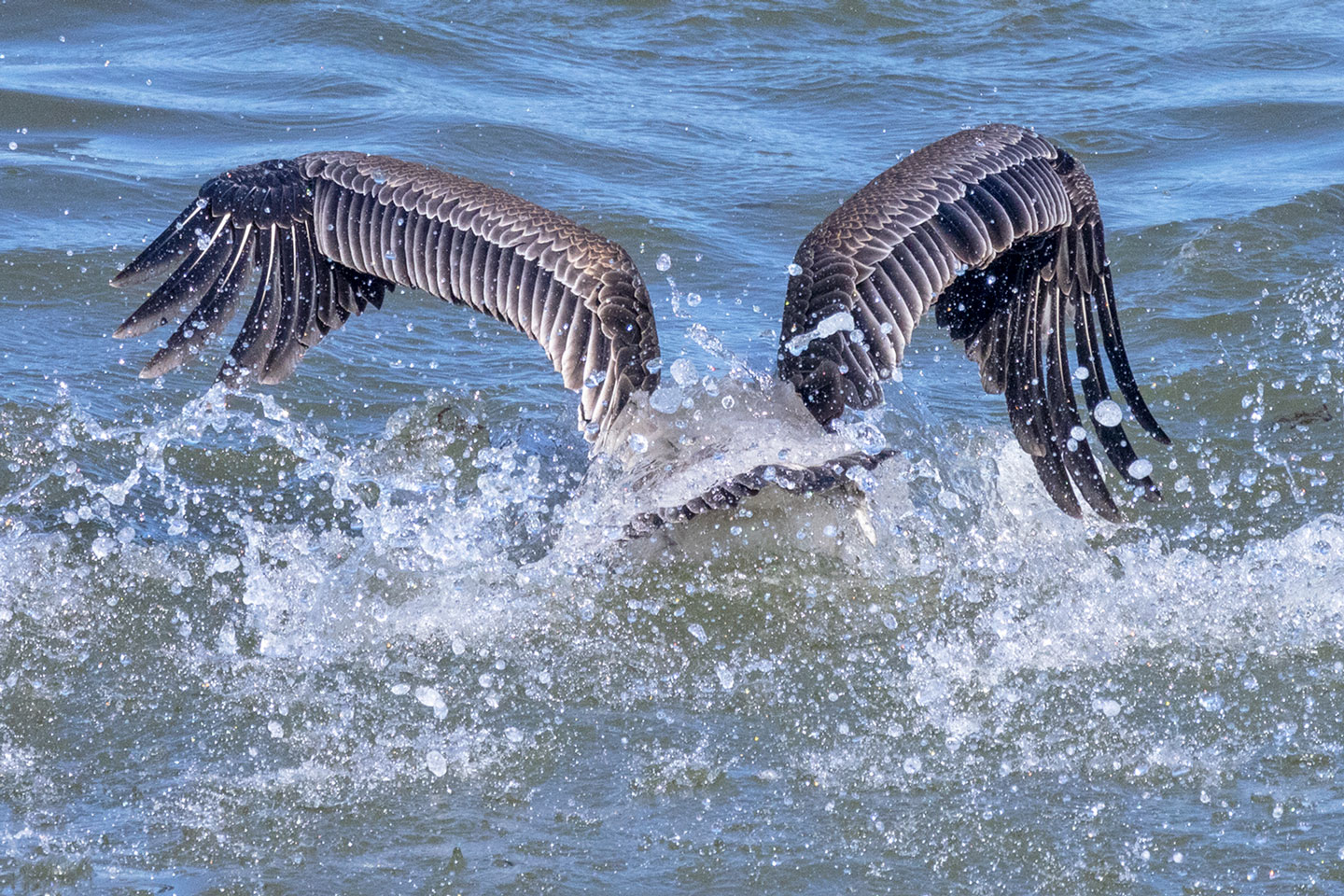 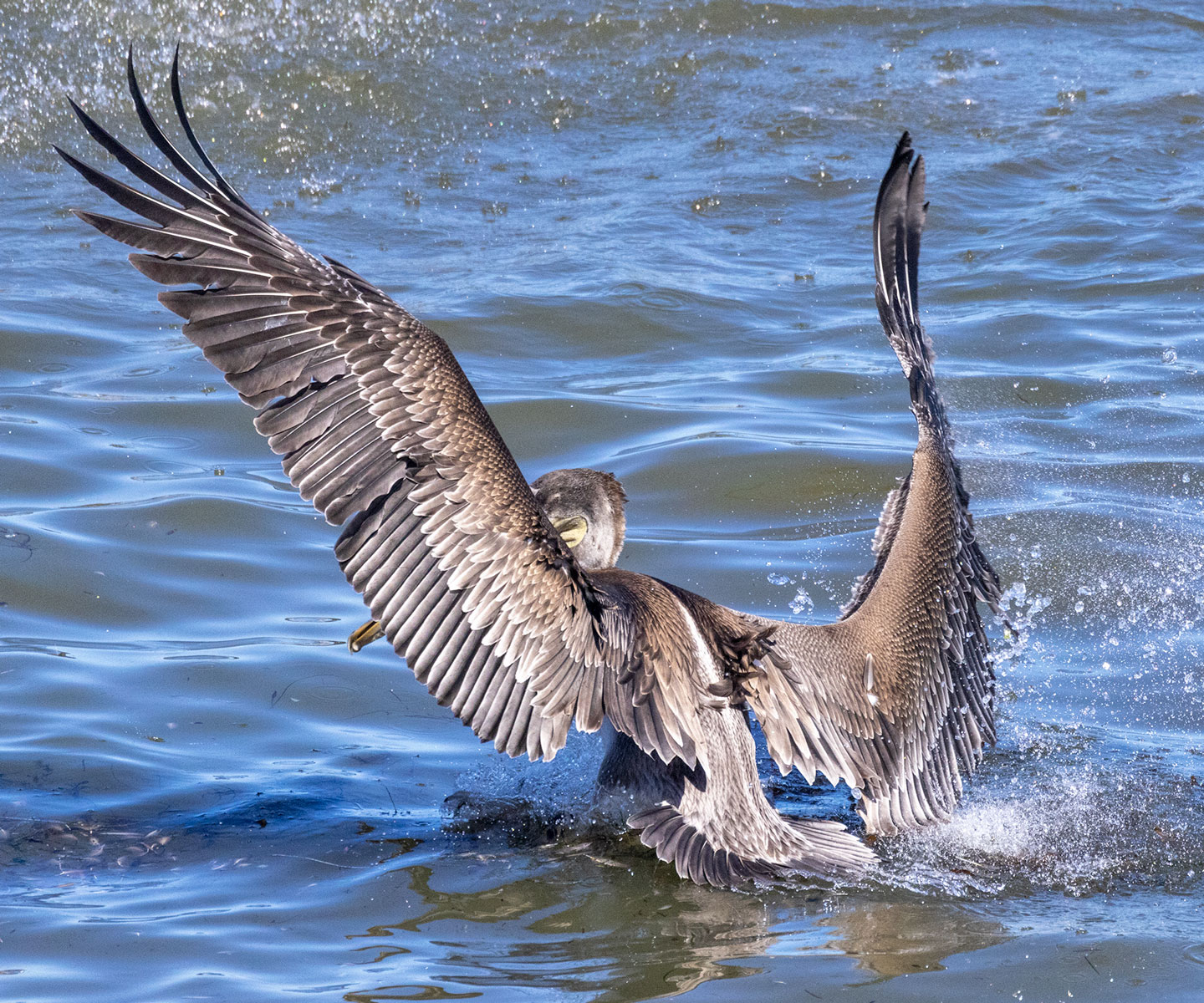