Off on a Sunday afternoon to Moss Landing for some wildlife viewing and beach walking. I was most interested in identifying birds this trip but I was also on the lookout for otters, seals and sea lions. It was a pleasant day and I spotted a variety of shorebirds: long-billed curlews, willets, black-bellied plover, mallards, blue-winged teals, buffleheads, black-necked stilts, terns, and lots of gulls. The tide was quite low leaving an expansive mud flat on the bay, attracting some birds.  At the top of a far barren tree perched a white and black raptor. I first assumed it was an osprey but then realized it was a kite, a white-tailed kite. A new bird for my Life List.

With its inner bay, tidal flats, marshes, open beaches, and estuary, Moss Landing offers a wide range of wildlife habitats in a relatively small area. This place is not free of humans, however. It is home to whale-watching and fishing boats and the world famous Phil’s Restaurant as well as the Monterey Bay Aquarium Research Institute. That Sunday was also the weekend of the big Pebble Beach PGA tournament nearby in Monterey so we were concerned extra sight-seers might be on the highways and at the beaches.

The road into Moss Landing crosses a small lagoon near a marina. For some reason in this confined area there are often a few birds and an occasional otter. It’s easy to park there and sneak up for some relatively close photographs. Sure enough, there were two great egrets, a pair of eared grebes, and double crested cormorants. A snowy egret landed while I was shooting.

One great egret stood still and elegant on a rock for quite a while. Suddenly she spotted some prey, invisible to me beneath the water. Leaping forward, she plunged completely into the lagoon with only her upper angel wings above the surface. I had never witnessed one of these large wading birds completely submerge itself. The egret then burst from the water, flapping wildly toward shore with two anchovies! What a catch!

One fish was crushed between the jaws of its beak and the other was impaled on the pointed tip. It took patience and skill for the egret to reposition the anchovies so it could swallow them. But eventually the fish disappeared down its gullet and the great egret resumed its still and elegant pose. 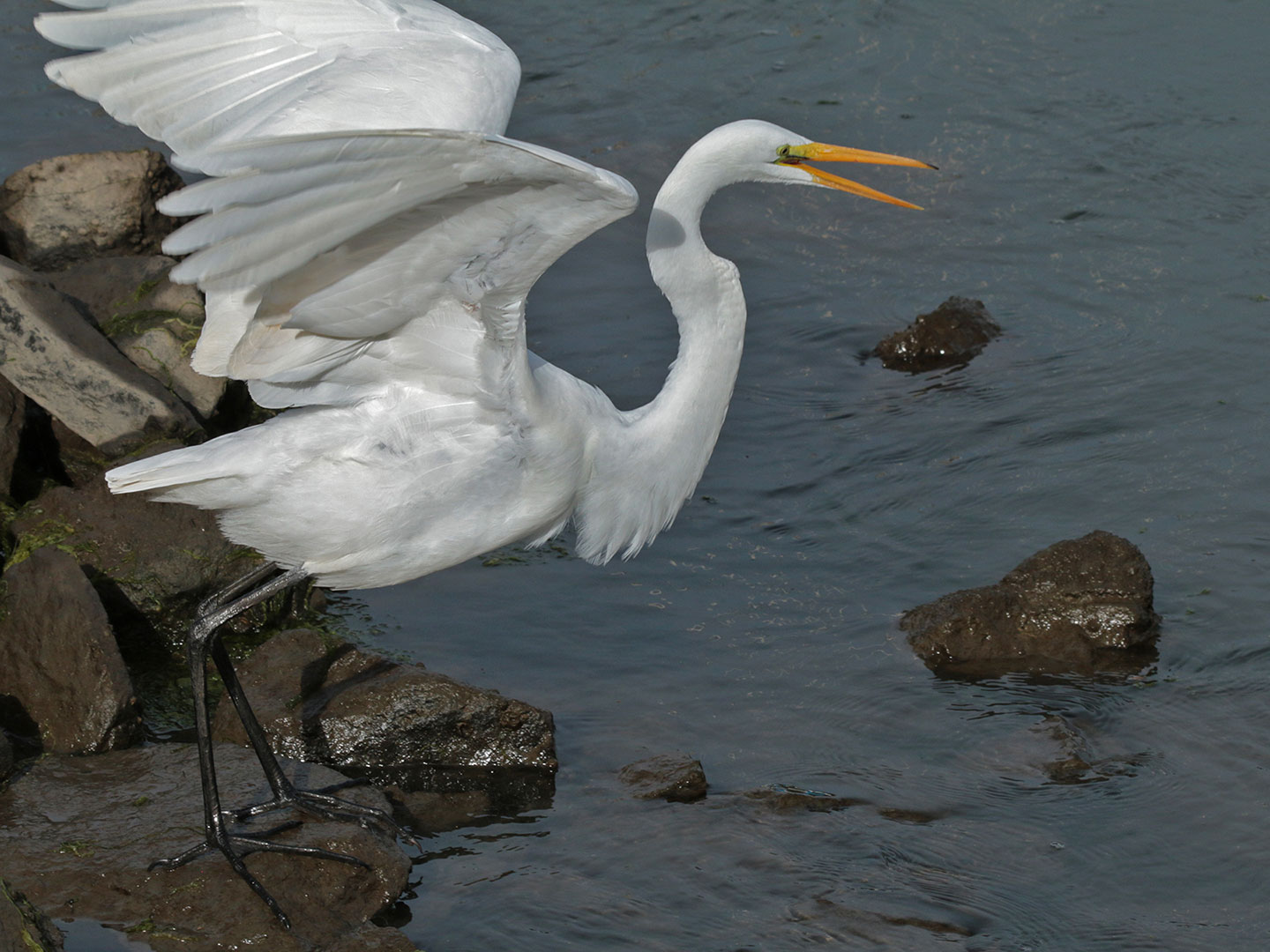 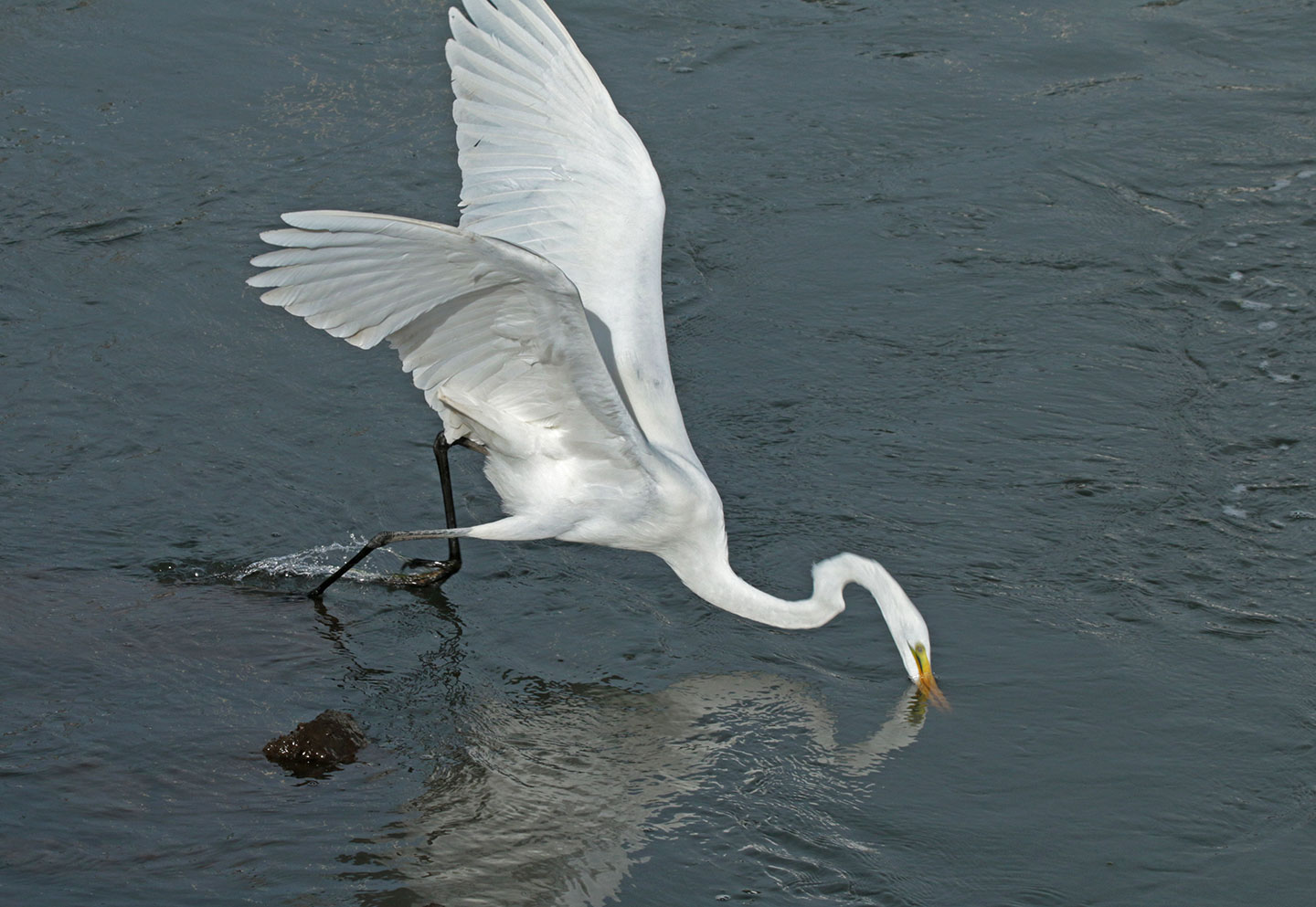 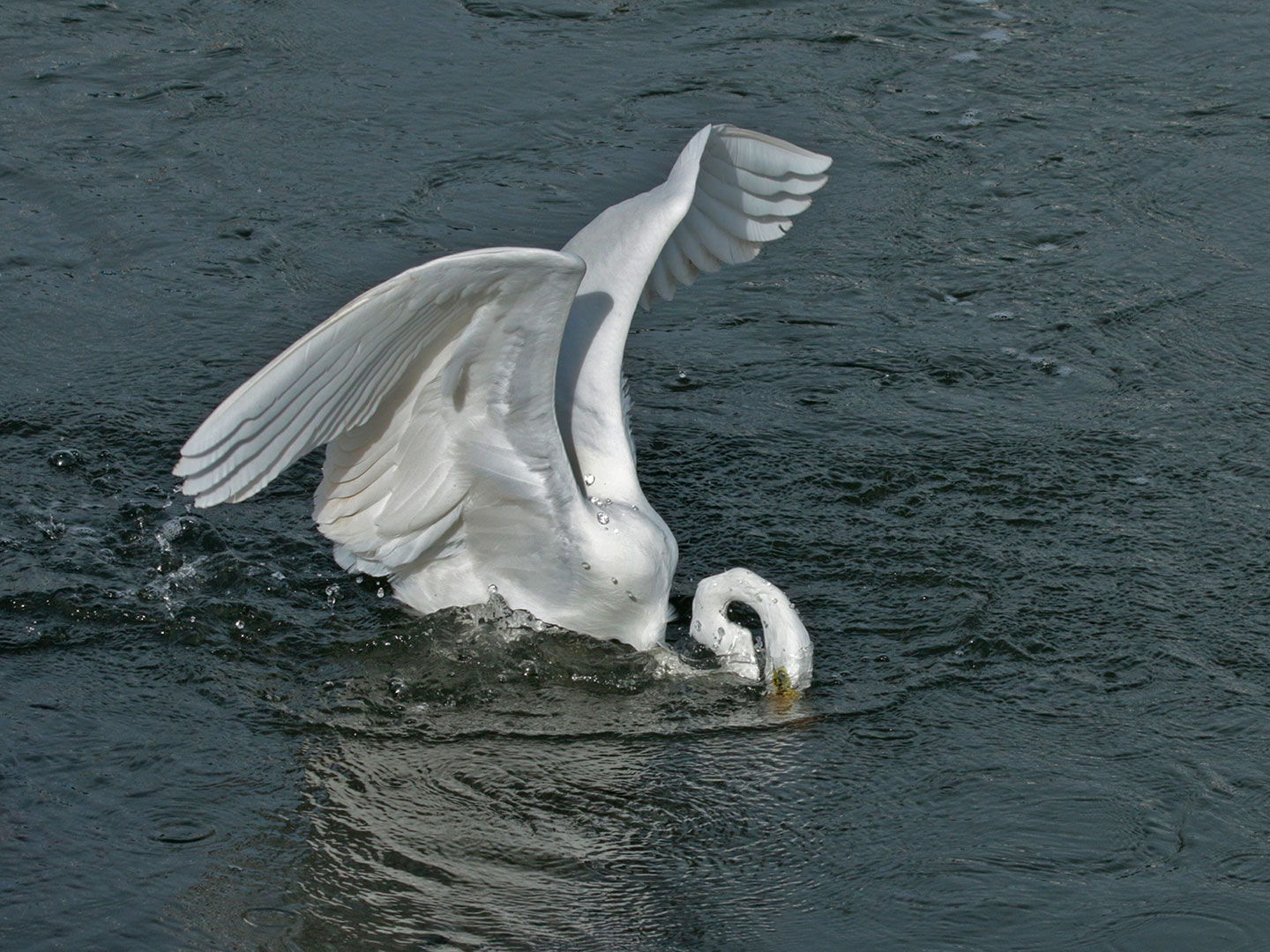 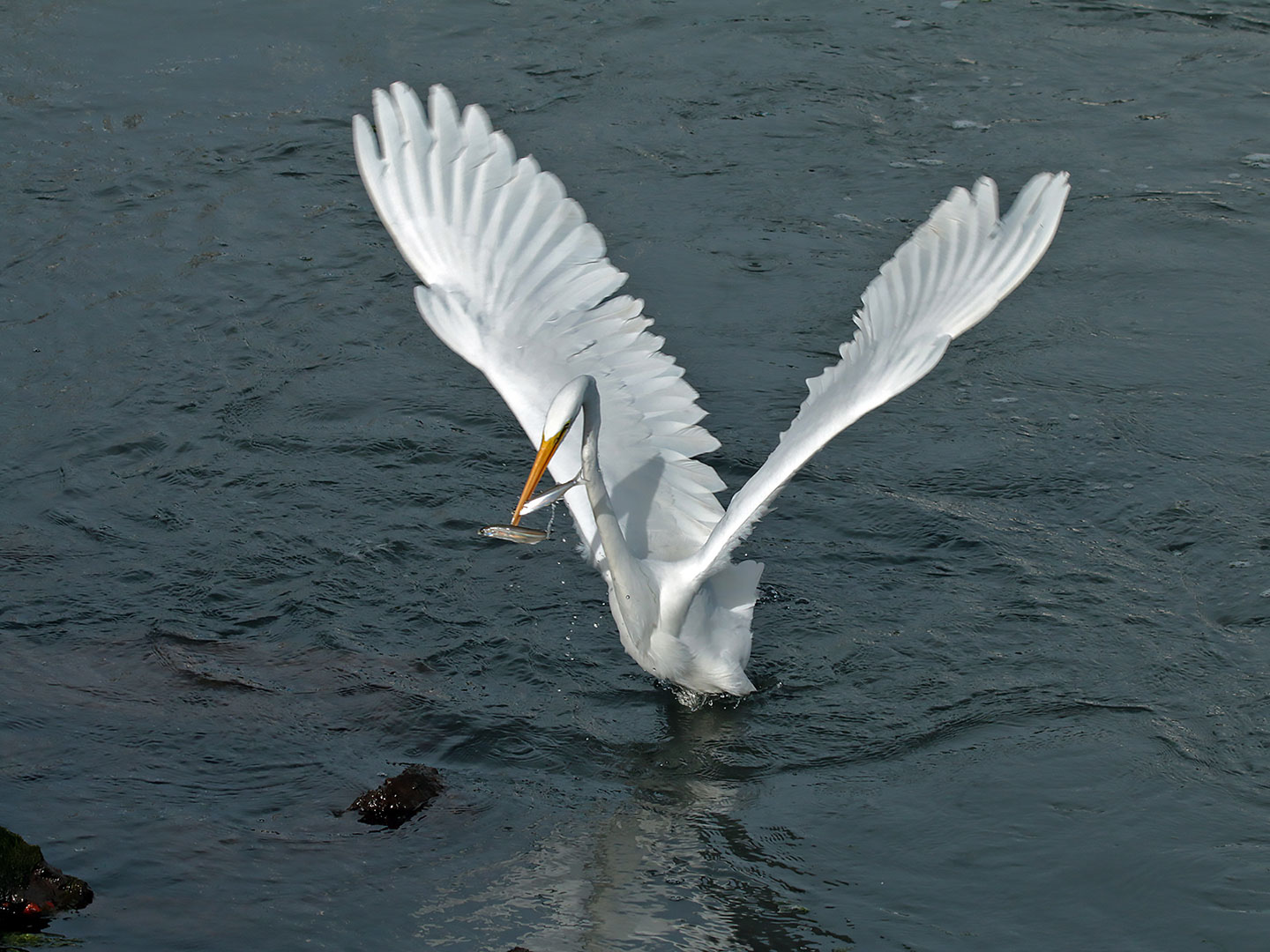 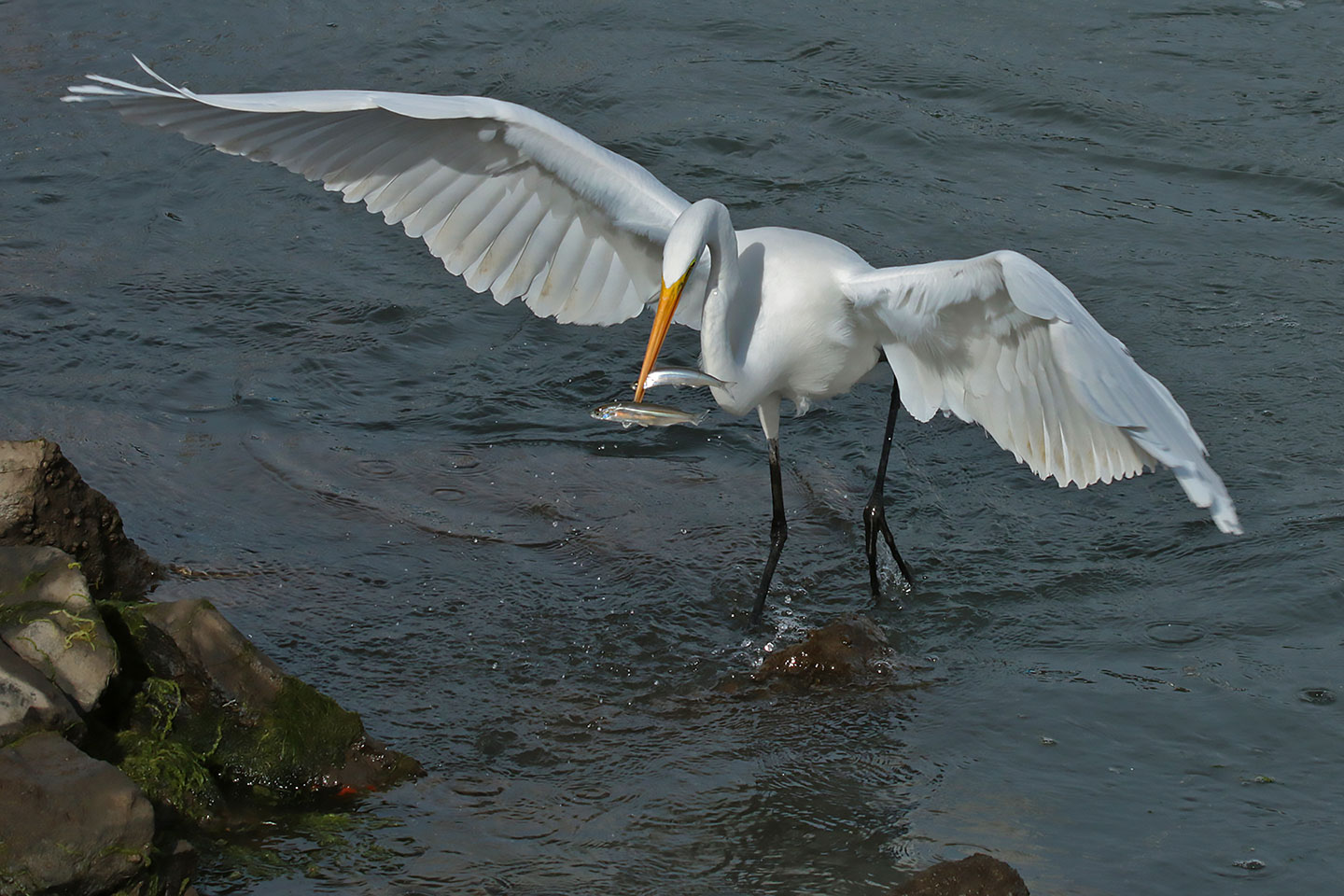 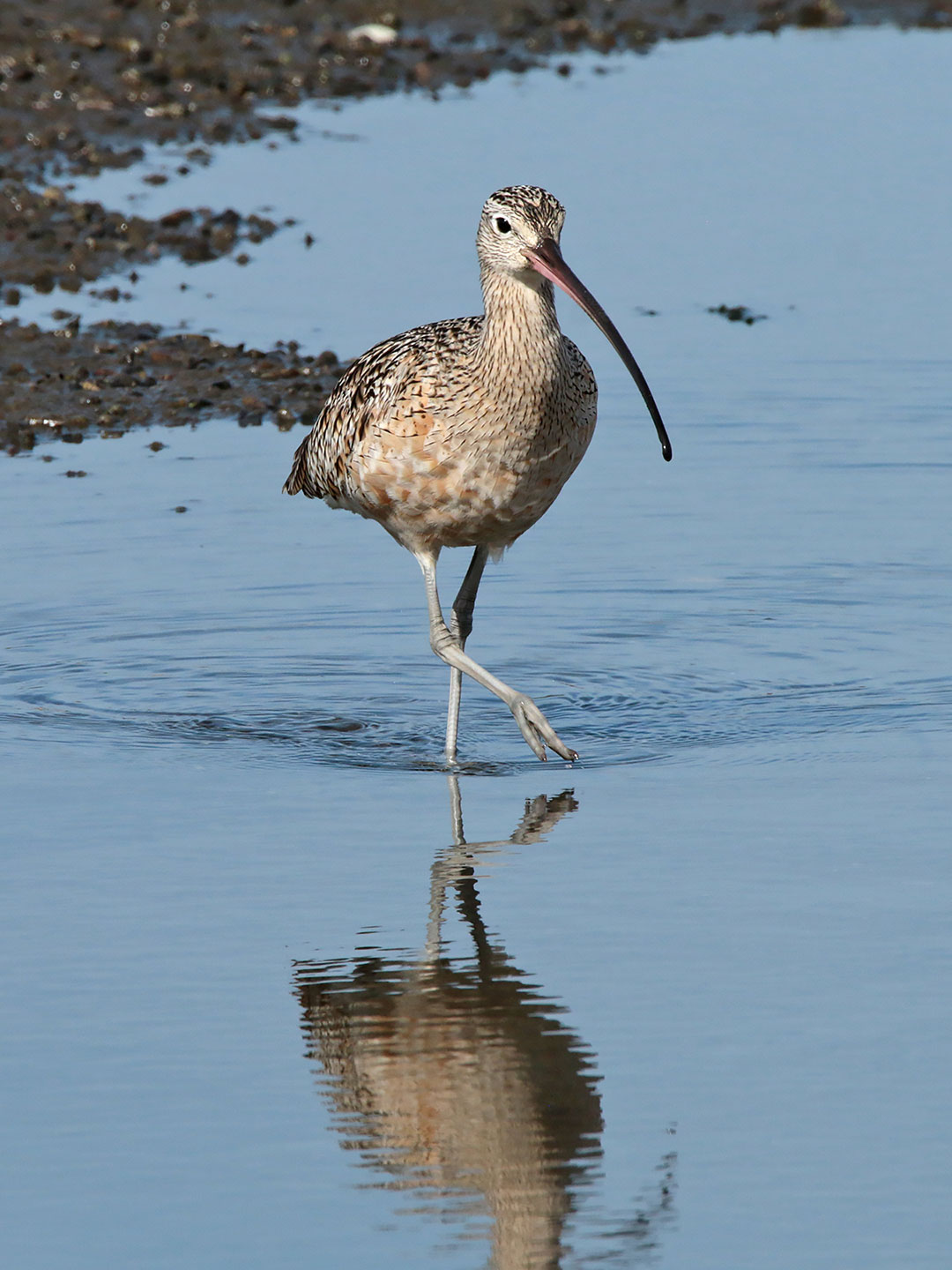 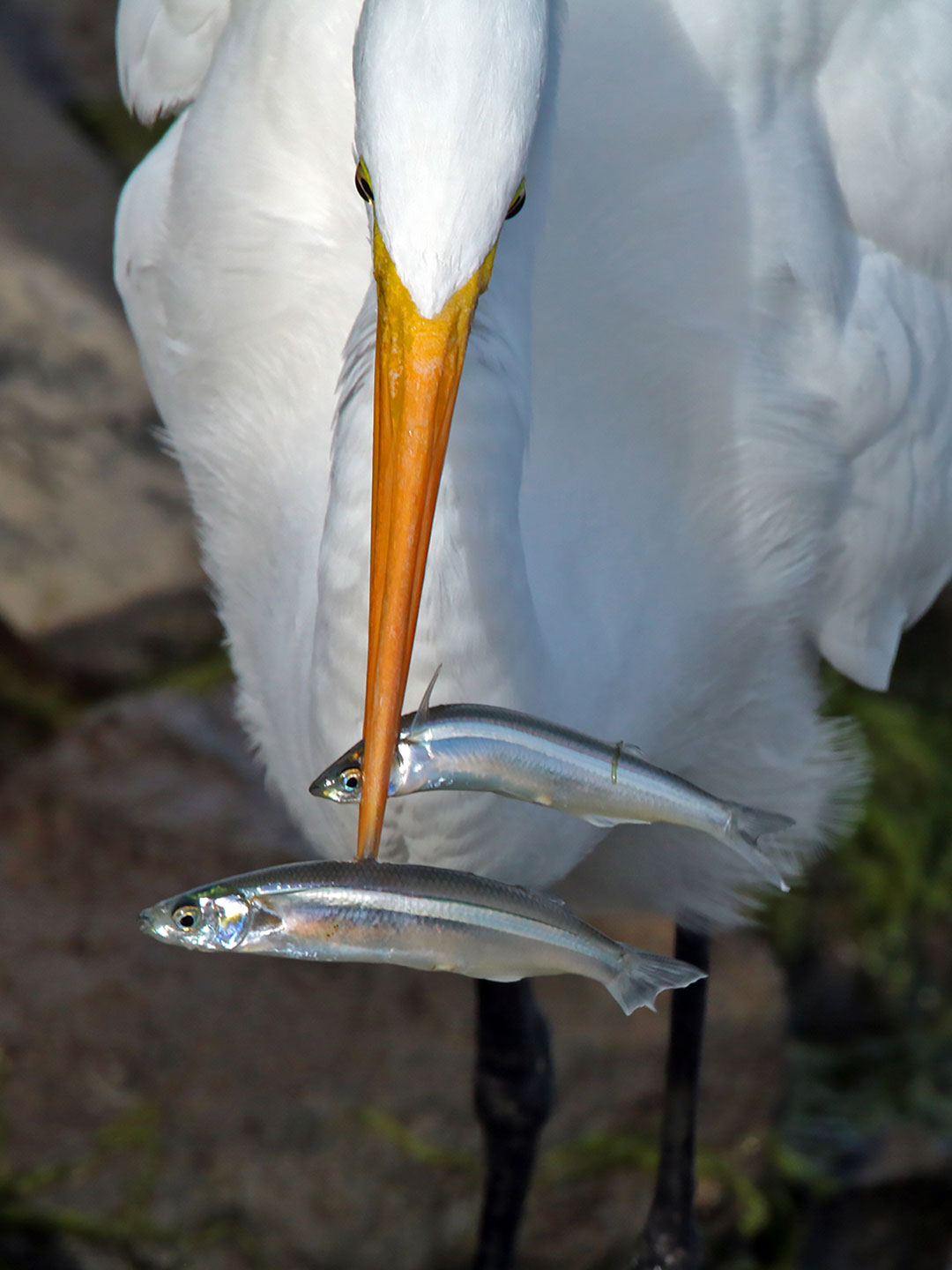 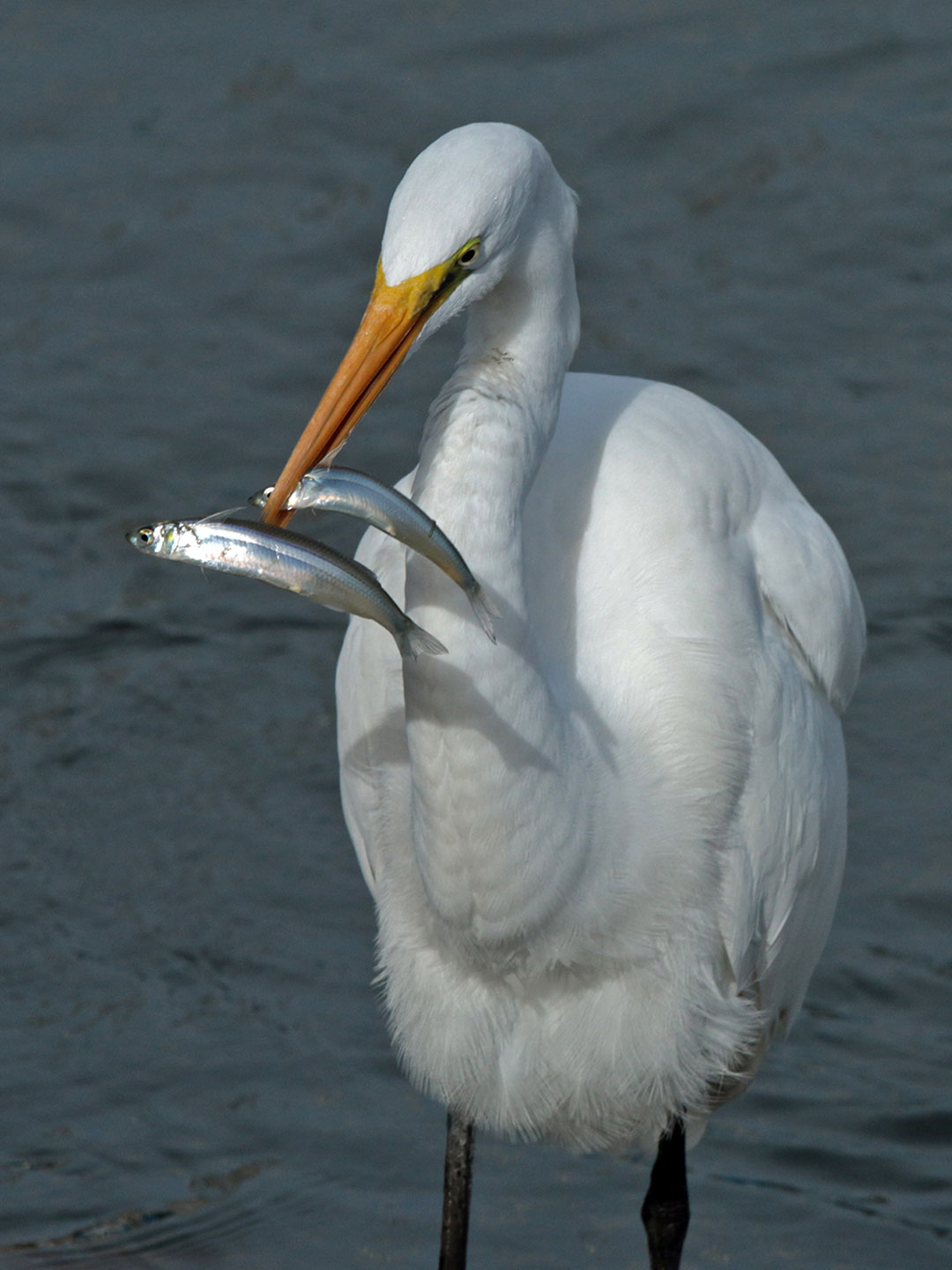