Well, it’s that time of year again! No, not the holidays but the annual free week for locals at the Monterey Bay Aquarium in Monterey, CA. This past week I made three trips. Although I am a “local” I live at the northernmost reaches of the tri-county free zone. With good traffic (and often it isn’t) it takes over an hour to get there. Parking can be a challenge, too. On my last trip I became an aquarium member. Now I have unlimited access to the aquarium. (Why haven’t I done this before?)

I was glad so many children were being exposed to these creatures and informational interactive exhibits. Future marine biologists and environmentalists in the making! But it did create an experience that is something like a theme-park playground gone mad. Strollers everywhere, overstimulated and overexcited children running amok, some having full-blown meltdowns.

By the third trip, I had refined some of my photo technique. For example, I soon learned that tanks with curve surfaces we’re hopeless, At least with my current cameras. To the naked eye the contents looked clear, but to the camera it was blurry. I fumbled with my camera settings and would occasionally hit it just right, getting the correct mix of ISO, shutter and aperture. Low light is one of the biggest camera bedevilments. I lugged around two large cameras and my purse, all dangling from my neck. It was clumsy and burdensome but still I persevered. And enjoyed myself immensely.

What is my favorite exhibit? Hard to say. The “Open Sea” may be the winner. It’s an enormous tank with a 90 foot window facing a large darkened amphitheater. Light rays penetrate the water from above and sea creatures circle the tank, some leisurely and others quickly, coming in and out of view. Huge sea turtles, molas (AKA sunfish), schools of tuna and sardines, hammerhead sharks, rays. The background ambient music helps lull one into an otherworldly trance. They have scheduled feeding times and lectures about the inhabitants but I avoid these since it becomes a dense mob scene. The only downside for me is the difficulty in getting good photos under the dark conditions and through the very thick glass. Occasionally a photo stands out.

The jellies are, of course, a favorite for everyone. They also offer a soothing ethereal beauty that can calm even the most distracted, agitated mind. The exhibit is much easier to photograph so it offers that satisfaction, too. By the way, some of my photos I printed upside down. Contrary to popular assumptions, the jellies are more likely to be floating with their umbrella body heading downward and their tentacles upward. At least that’s true in these enclosed tanks.

The kelp forest tank is another place to just rest and observe. The sway of the kelp fronds, the scattering of light like in an earthbound forest, and the circling of sharks, sea bass, garibaldis, and sardines are mesmerizing.

I am partial to cephalopods making the “Tentacles” exhibit is a favorite, too. Many of the cephalopods like to hide in dark crevices so you can go through the exhibits and not see all the inhabitants. To augment the living creatures they include cephalopod themed art, videos and interactive exhibits. This time, one of the large octopuses was in full view. And it preformed magic right in front of us. Within a blink of an eye (I just looked down at my camera for a second,) it transformed itself from a fleshy pale stone color to a brilliant scarlet red. How fabulous is that! Wouldn’t you like to be able to morph into your own color scheme? Maybe if we could change into literally all hues of the rainbow at will, we would get past our limited thinking about race.

The Baja exhibit has three special residents: Green moray eels, garden eels and seahorses. There are also many tanks throughout the aquarium with tropical fish. The one with clown fish and blue tang fish brought delighted screeches from children: “Dory!” “Nemo!”

The otters, penguins and puffins we’re also engaging, of course. I haven’t even thoroughly gone through all the aquarium photos or the post-production work yet but you will get a good taste (mostly salty!) of what can be seen at the aquarium from these.

Please do not reproduce any photographs or videos without permission. If you are interested in purchasing a photograph, contact Carla at: brennan.carla@gmail.com 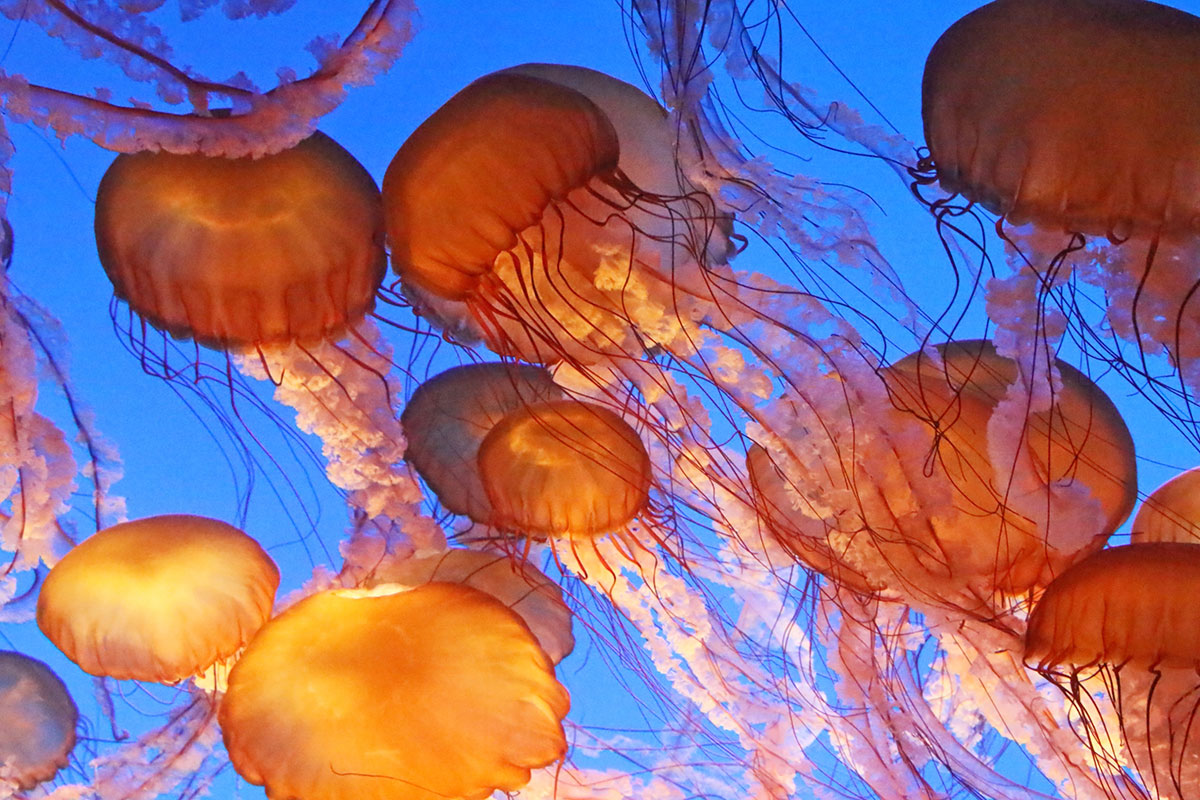 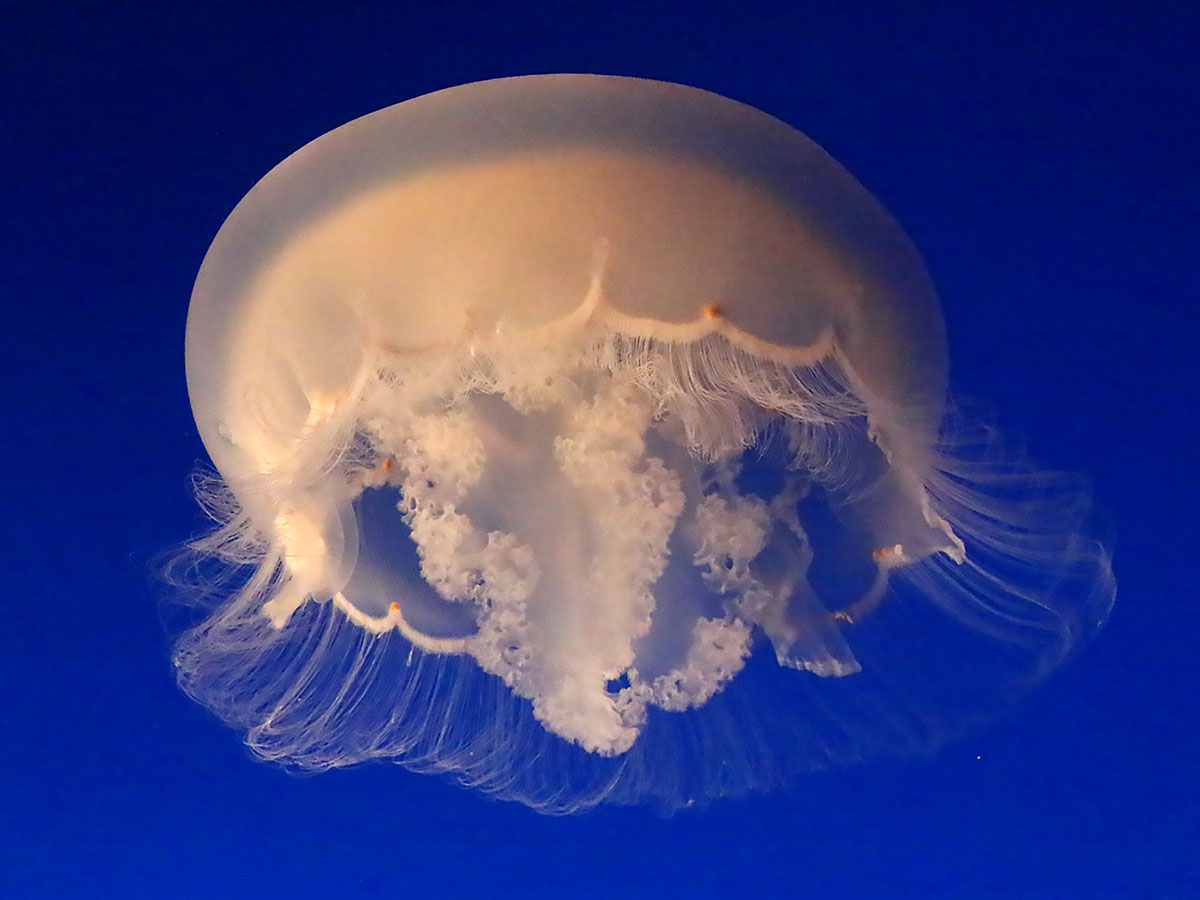 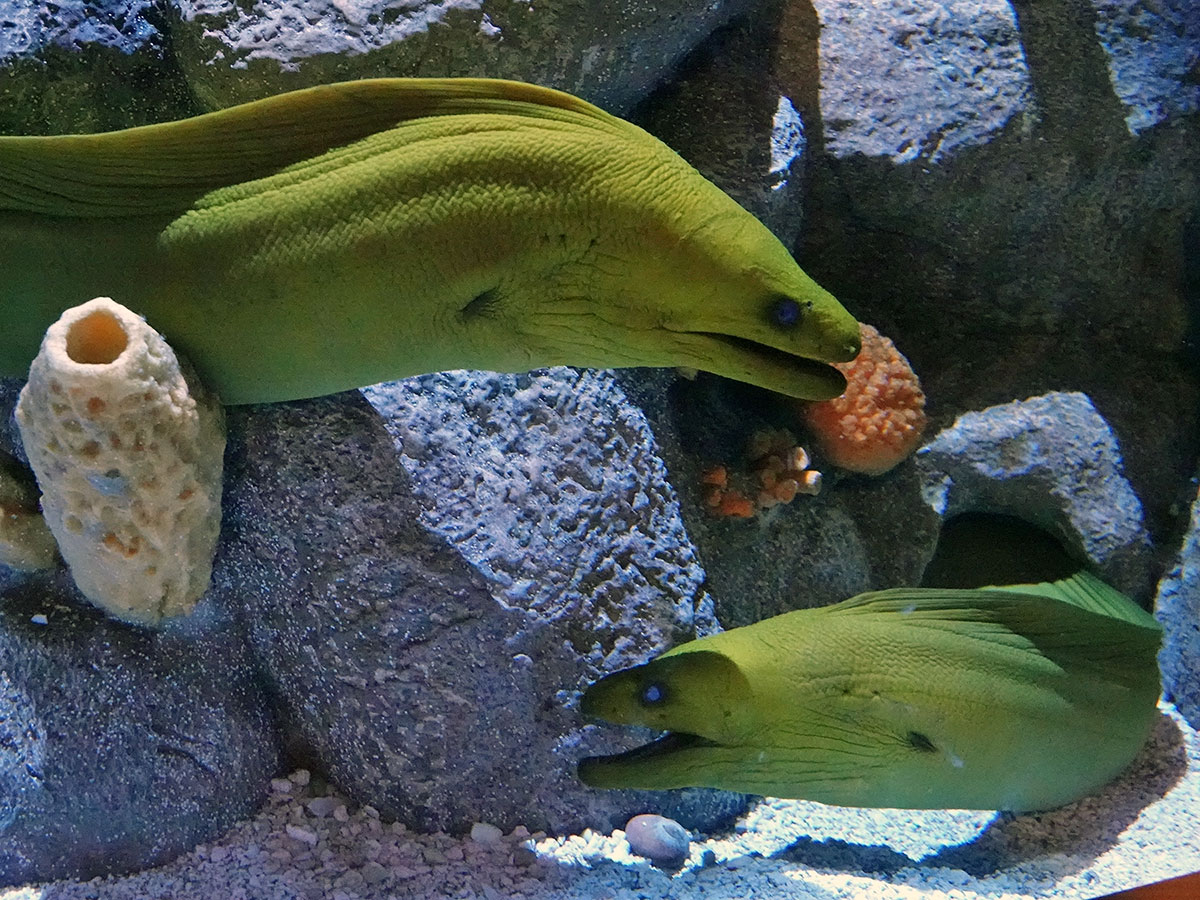 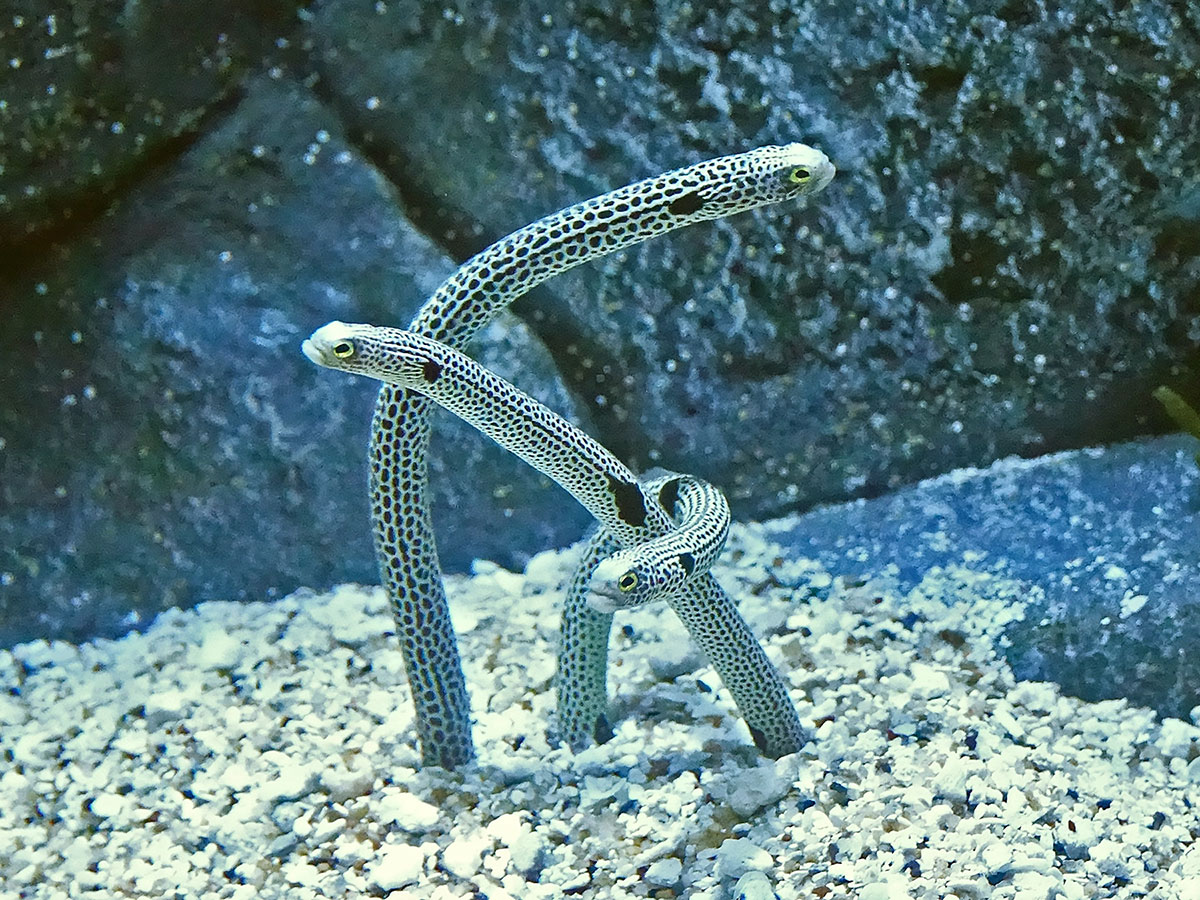 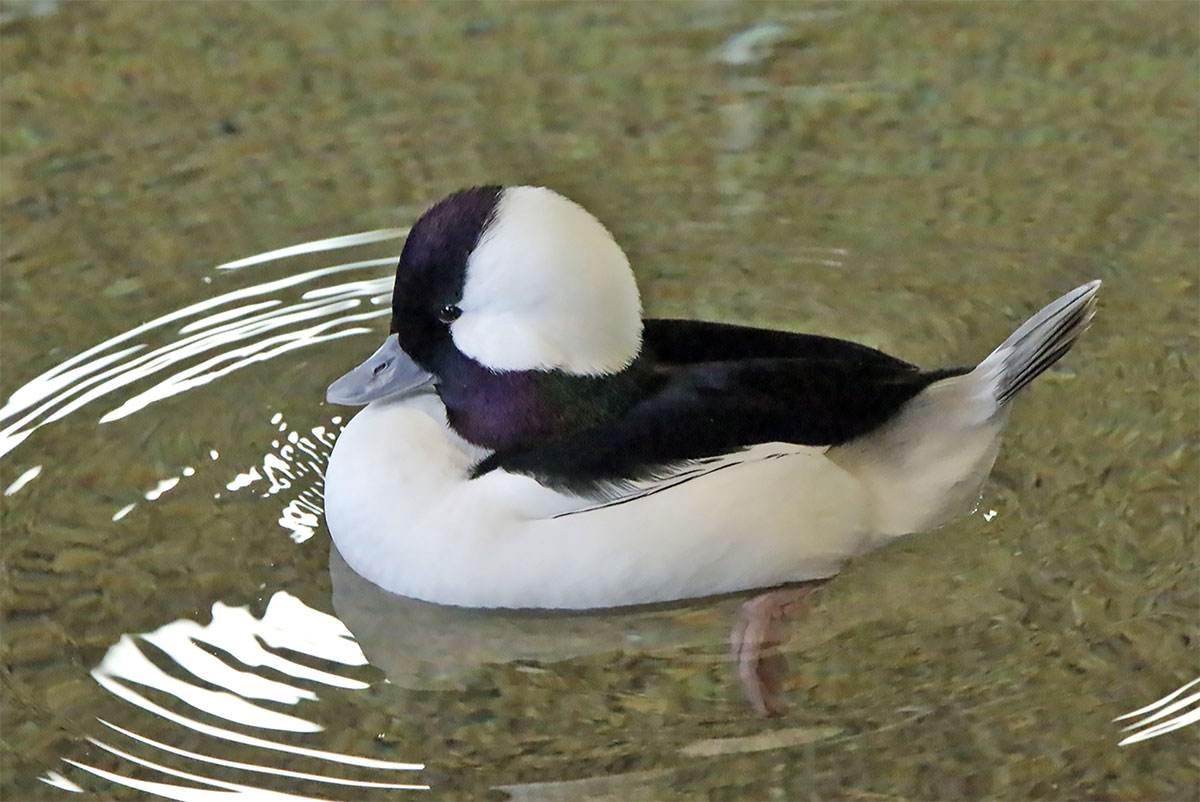 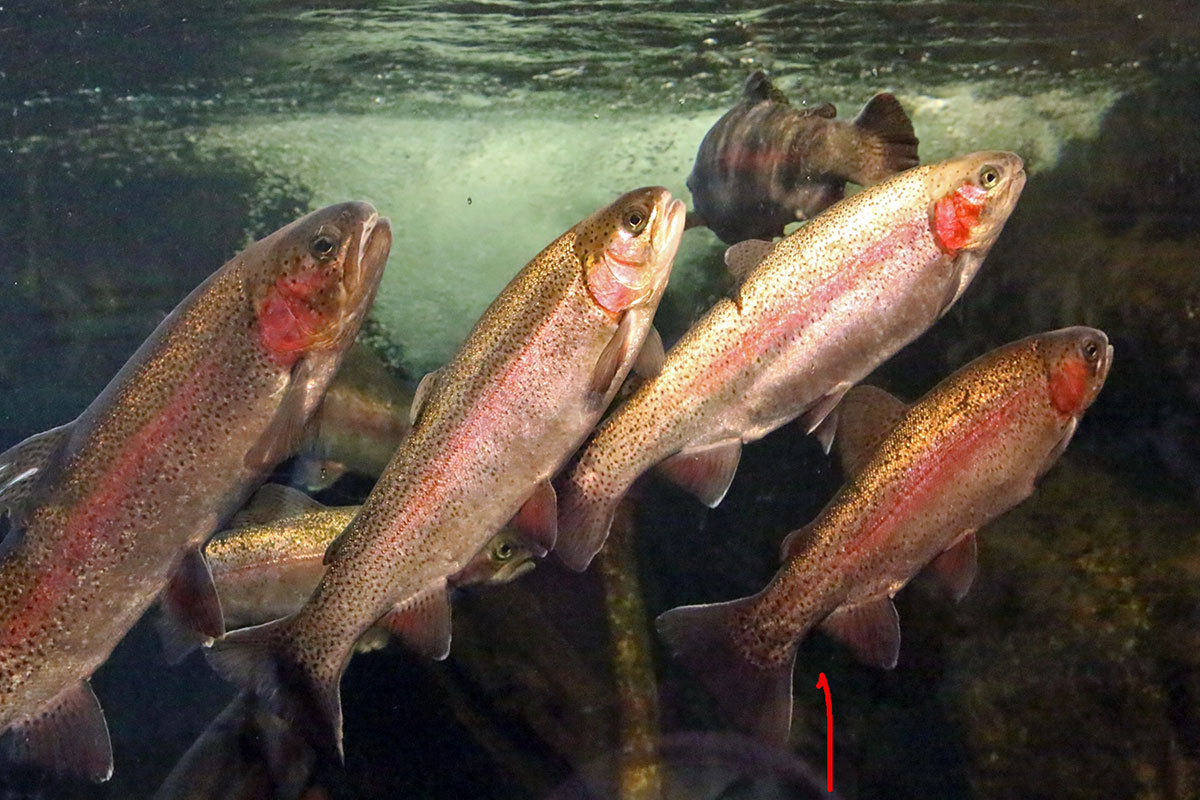