New Kids on the Block

The new kids are Merriam’s Chipmunk pups, a litter of five. Before the 2020 fires raged through this land we did not have chipmunks on our property. However, we did have plenty of rodents, including western gray squirrels, dusky-footed woodrats, a variety of mice and moles and an occasional western brush rabbit. Many people don’t like rodents in whatever form they take. But I find that each can be intriguing and have a “cute factor” in their own way, even the woodrat who can be a pain in the butt.

This growing family of chipmunks has been a delight to watch in their daily activities. Only once have I seen all five pups at the same time. They ran around together playing in pairs and small groups, investigating the tunnels in a pile of brush, climbing small trees, tackling each other, making puppy piles, “kissing” (touching snouts), finding edible treats. They are abundant in curiosity, alertness and playfulness. All qualities I admire. I’ve seen the mother once. She was larger and more stout.

They don’t seem to mind my presence as long as I stay about 10 feet away. A sudden move may send them scattering but they quickly return. I often sit comfortably in a chair and wait patiently with my camera to observe their endearing and comical behavior. I most often see them in the morning and late afternoon but they may be visible any time of day. If we had more time together – and if I brought food – we might have become even better friends.

The burlap surfaces that you see in some of the photographs are long tubes of erosion control material, left behind when all the fire debris was taken from our property. The chipmunks like to use it as a highway, running back-and-forth from their den to the other end where they find shrubs, a wood pile and other fun places to explore. Because they are a small prey animal, they have nervous, fidgety energy. When outside their burrow, they most commonly can be seen running as if terrified, remaining stock still as if terrified, or eating as if they may never eat again.

Chipmunks are primarily loners so I expect this family will disperse soon, each chipmunk seeking its own territory and eventually a mate. I will be sad to see them go since they’ve provided some cheer and an excuse for sitting quietly outside. Over the last couple weeks, as they have become bolder, they explore farther and farther away from their den. About a week ago the pups started visiting our living area. They scurry around under our cars and trailer inspecting everything on the ground for tasty morsels. (By the way, a group of chipmunks is called a scurry.) Chipmunks eat mostly plant material, like tender greens, seeds and berries, but they will add mushrooms, worms and insects they find and even bird eggs.

This charming family are Merriam‘s Chipmunks, the only chipmunk species found in Santa Cruz County. Of the 25 species of chipmunk in the world, all but one are found in North America. Most are in the United States. California alone has 11 species. They have varied names like Hopi, Siskiyou, yellow-cheeked, gray-collared, Panamint, yellow-pine and long-eared. In the eastern 2/3 of the US, you’ll only find the ubiquitous Eastern Chipmunk, the largest and most widespread of all the chipmunks. 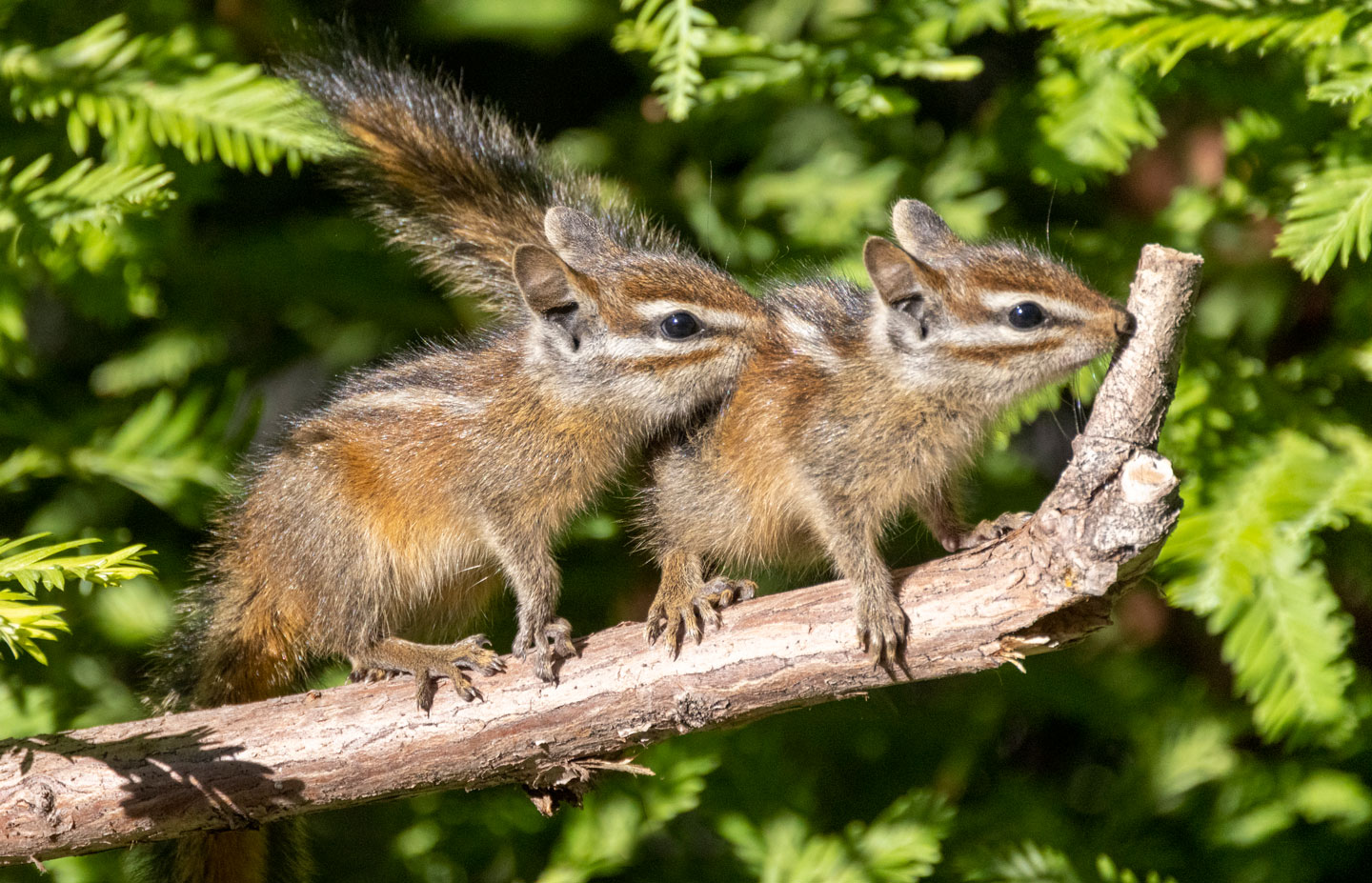 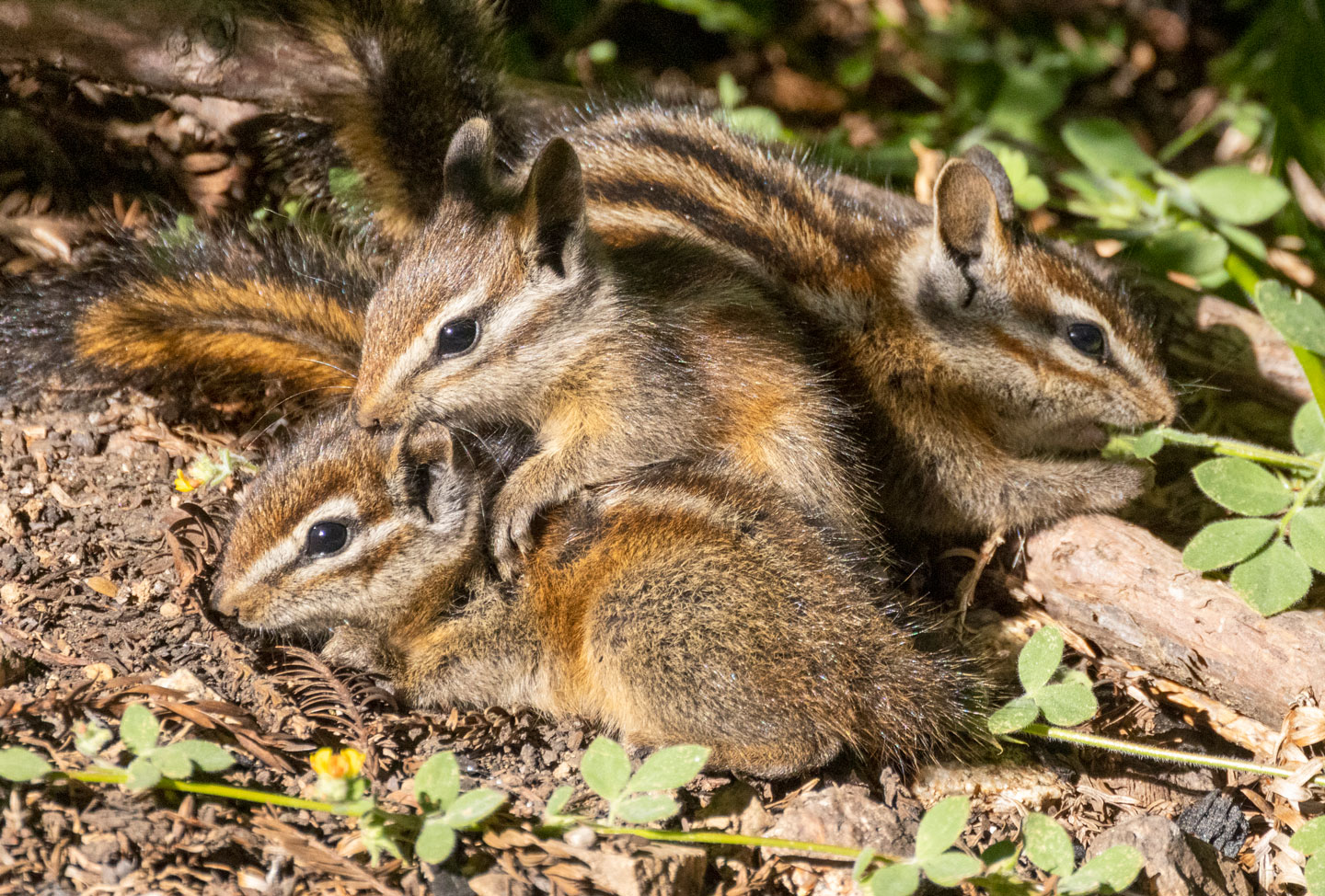 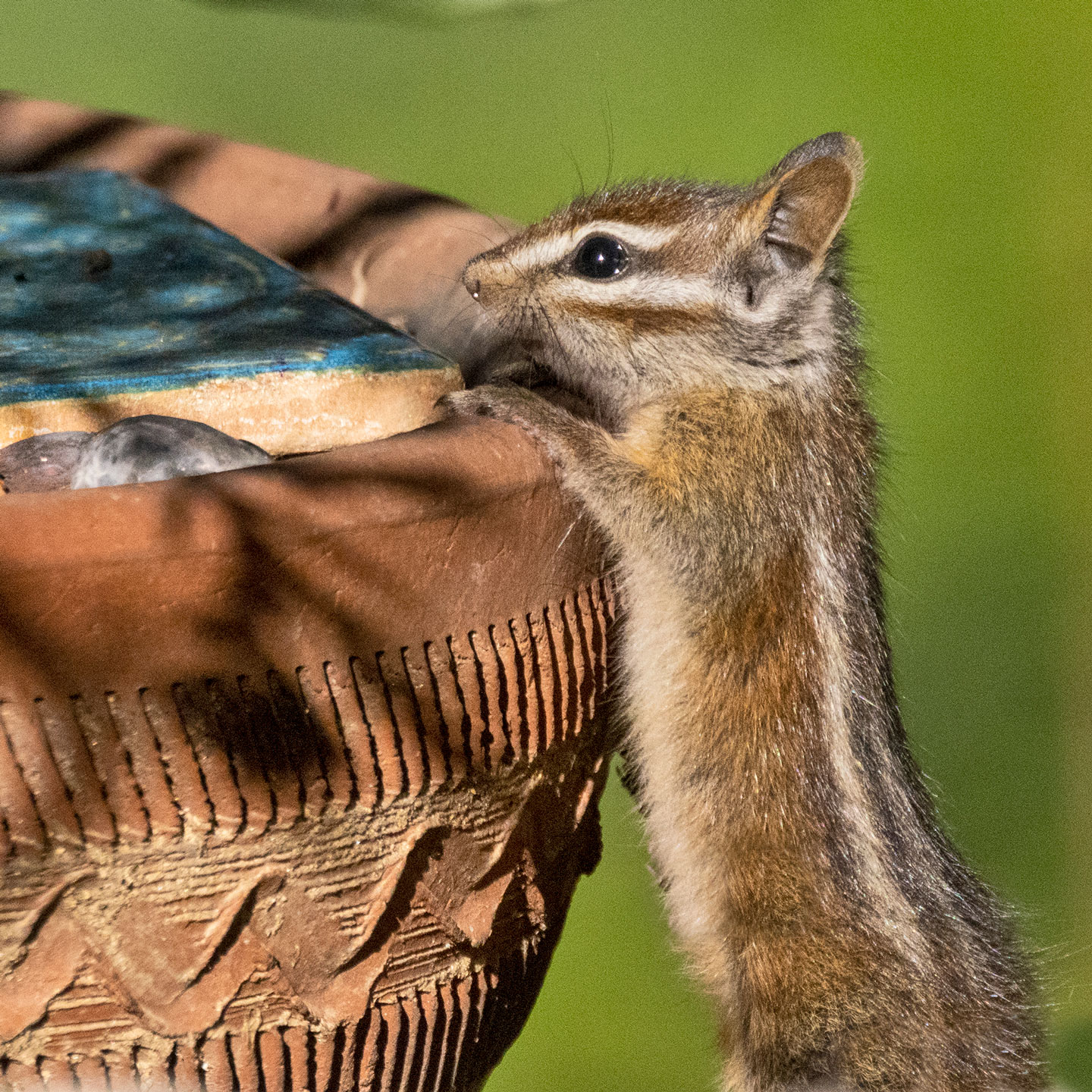 They were interested in this pot, the only one to survive the fire intact. I collect beads, glass and other shards in it. 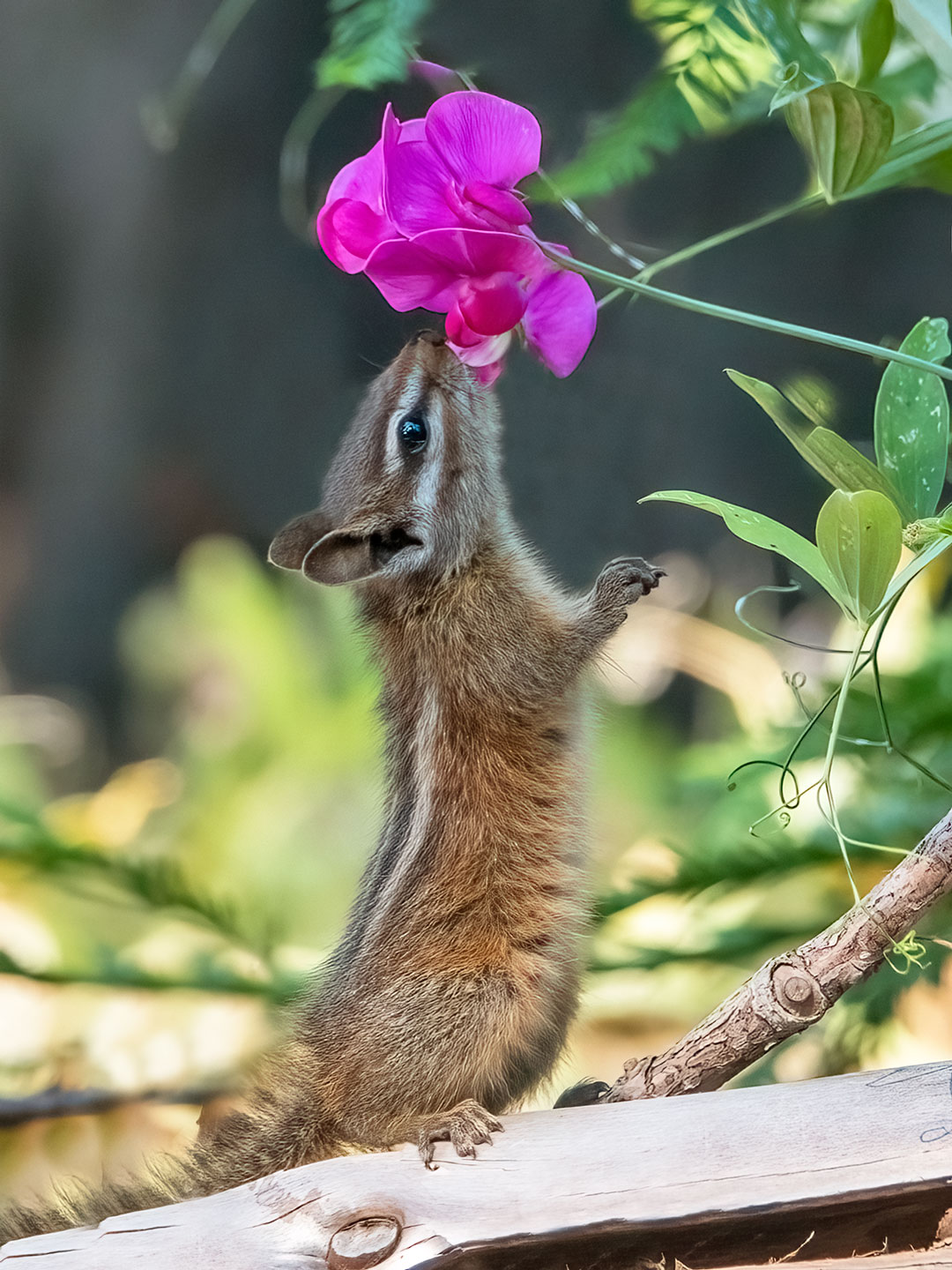 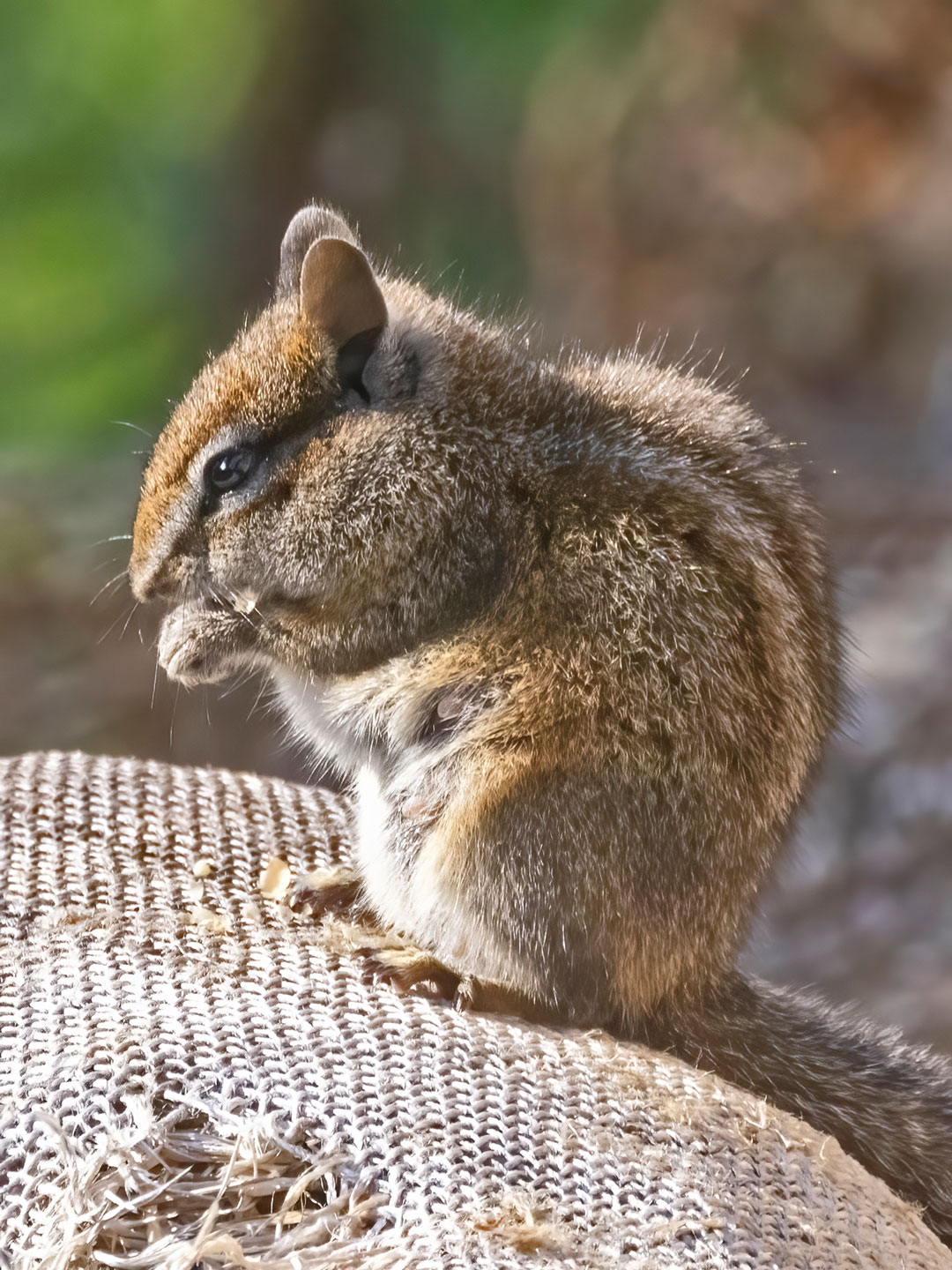 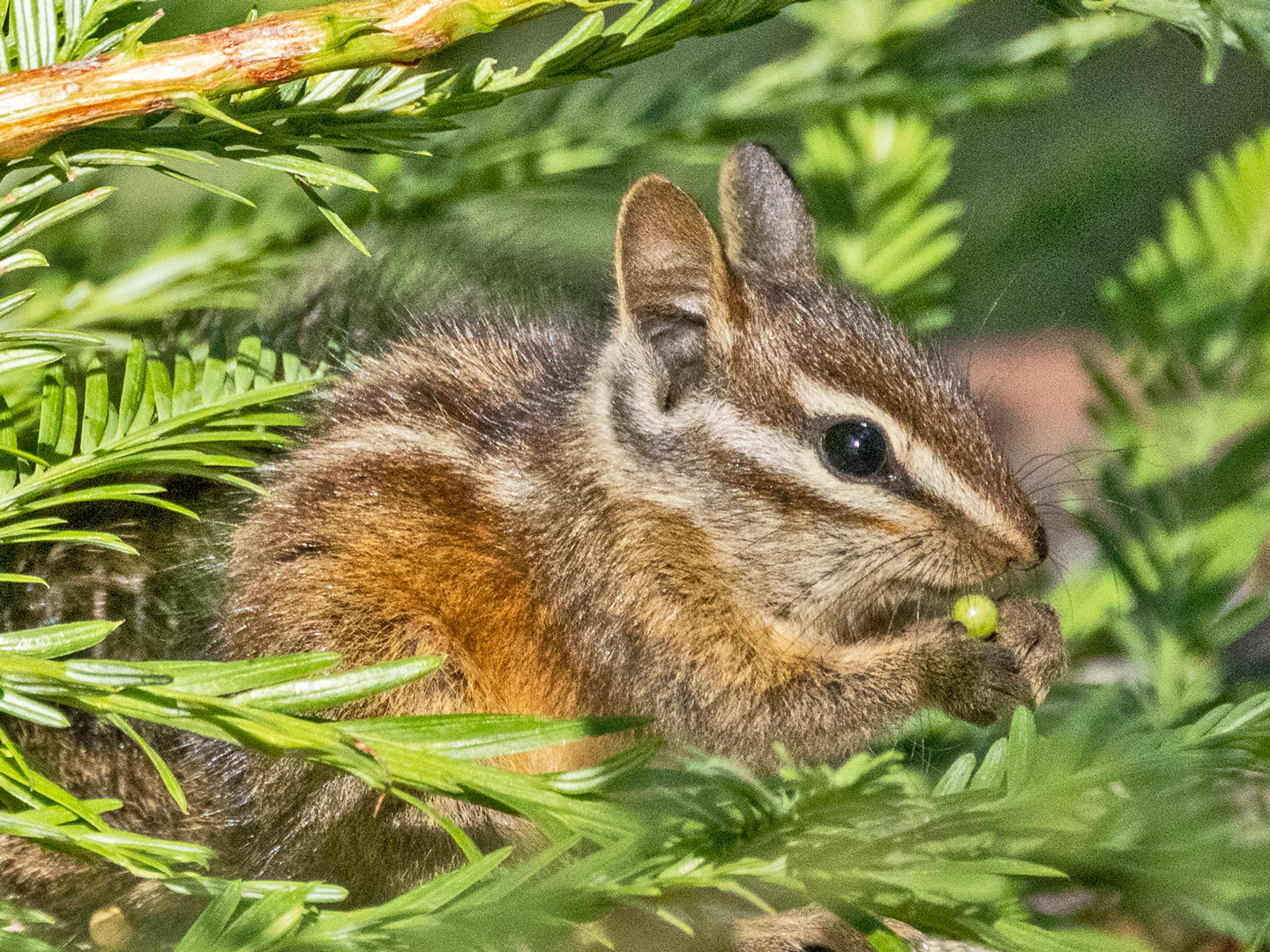 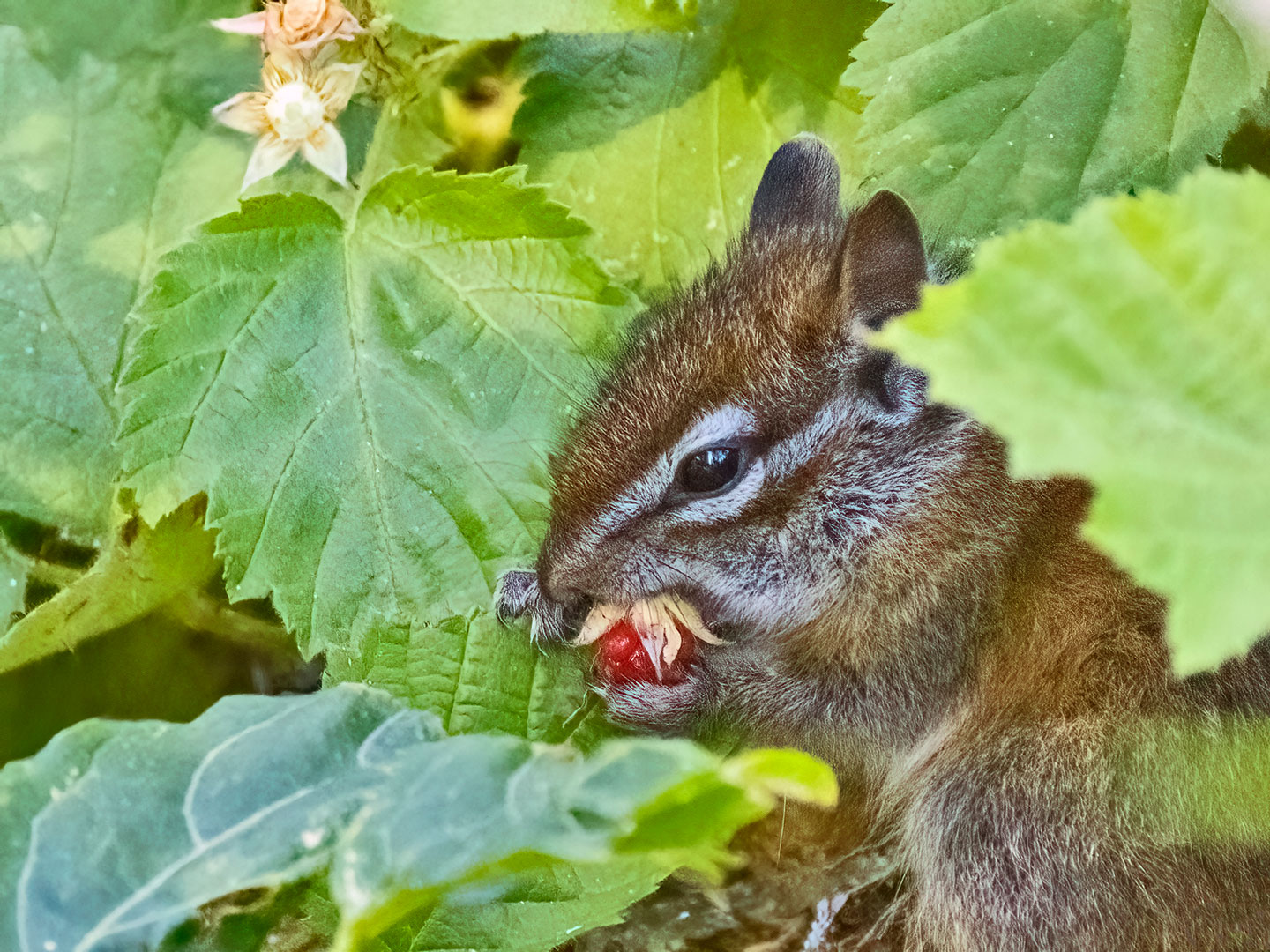 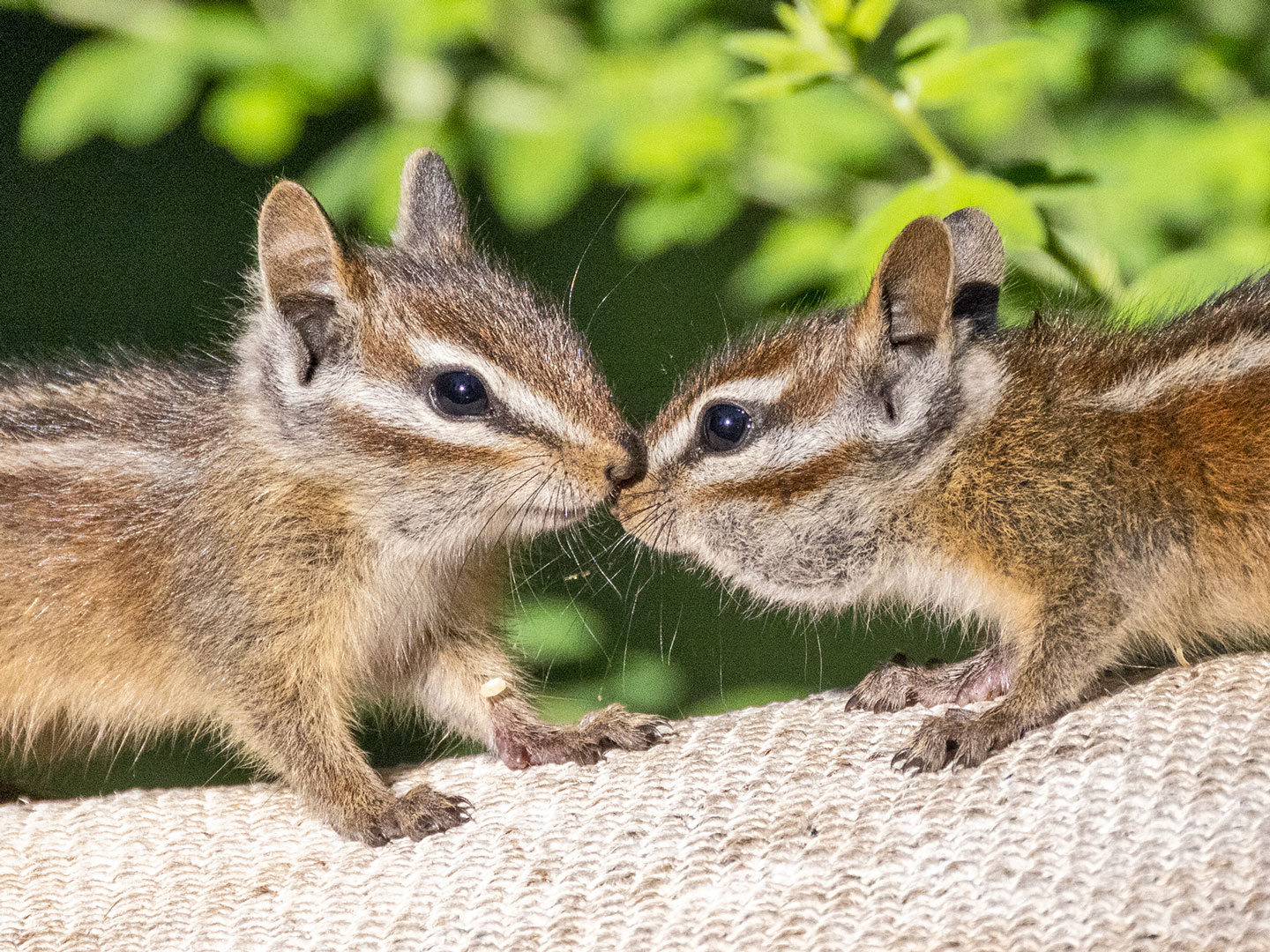