I got back to the Brandt’s cormorant colony today after a three week absence. I wasn’t sure how many young would still be there. Possibly some of the babies were finally mature enough to be on their own. But the colony was more crowded than ever and abuzz with activity. The oldest young we’re getting harder to distinguish from their parents.

Flight feathers were fully formed and many excitedly flapped their wings. Some birds ran through the colony with wings extended like overexcited toddlers racing through a crowd. I watched several birds play with and fight over a ziplock bag. A few adults still sat on nests; I don’t know if they were tending any eggs or tiny birds.

There was also a group of six juveniles standing together on the small beach 30 feet below. This is the first time I had seen any young birds separated from the group on the cliff. They seemed to have been evicted from the colony but still lacked the skill or confidence to be totally on their own. Periodically, one would venture out and step into the surf but then dash quickly back to the dry sandy ground as if they literally had cold feet. Soon most of their life would be spent diving and fishing in the frigid Pacific waters.

These six birds had graduated from being large adolescents – that are as tall as the parents but still awkward and goofy – to becoming what are called “juveniles.” If human, we might call them young adults. Their backs were now sleek and dark instead of fuzzy and speckled. Their fronts were taking on the deep bronze color of a juvenile; they would look like this for another year before turning into the solid iridescent black of an adult.

The parent of two of the juveniles walked out of the surf and was greeted eagerly by its offspring. It had brought lunch. Only one of the young was aggressive enough to get fed by plunging it’s entire head down the parent’s throat to receive the regurgitated fish. This group was like gang of older teenagers who should have been on their own but we’re still living in their parents basement mooching food.

This spot had an unusually strong, foul fishy smell which I assume was emanating from the colony. 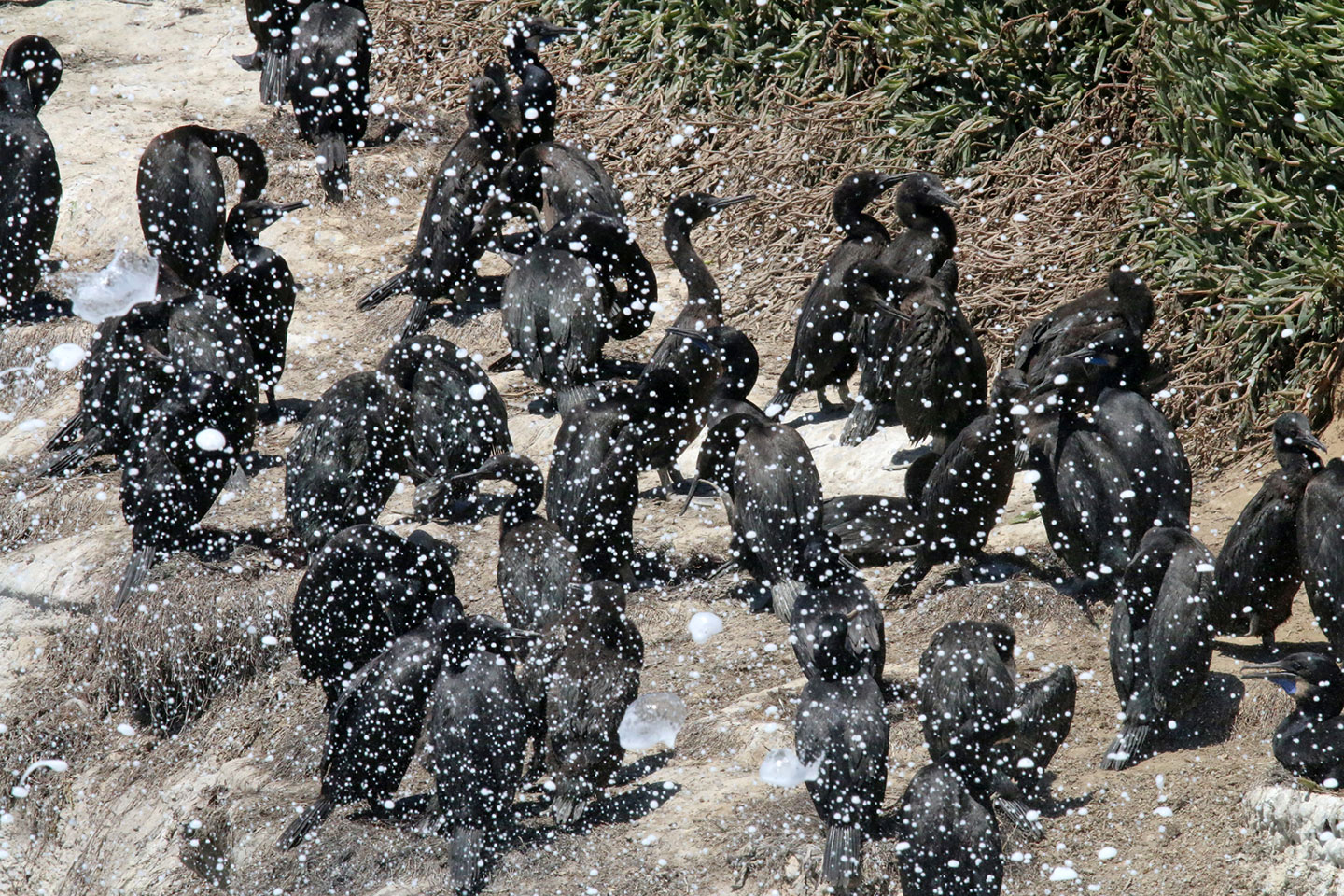 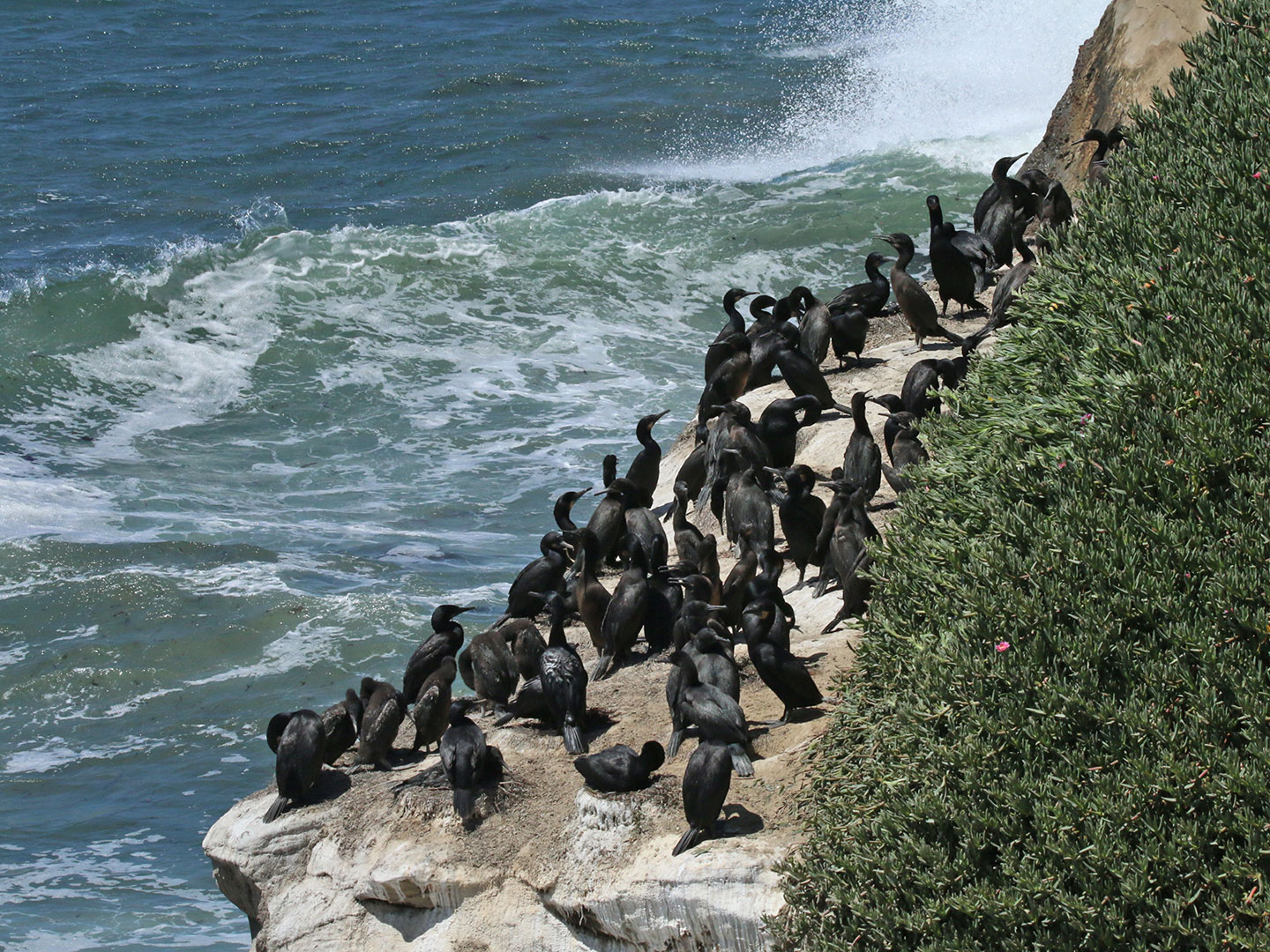 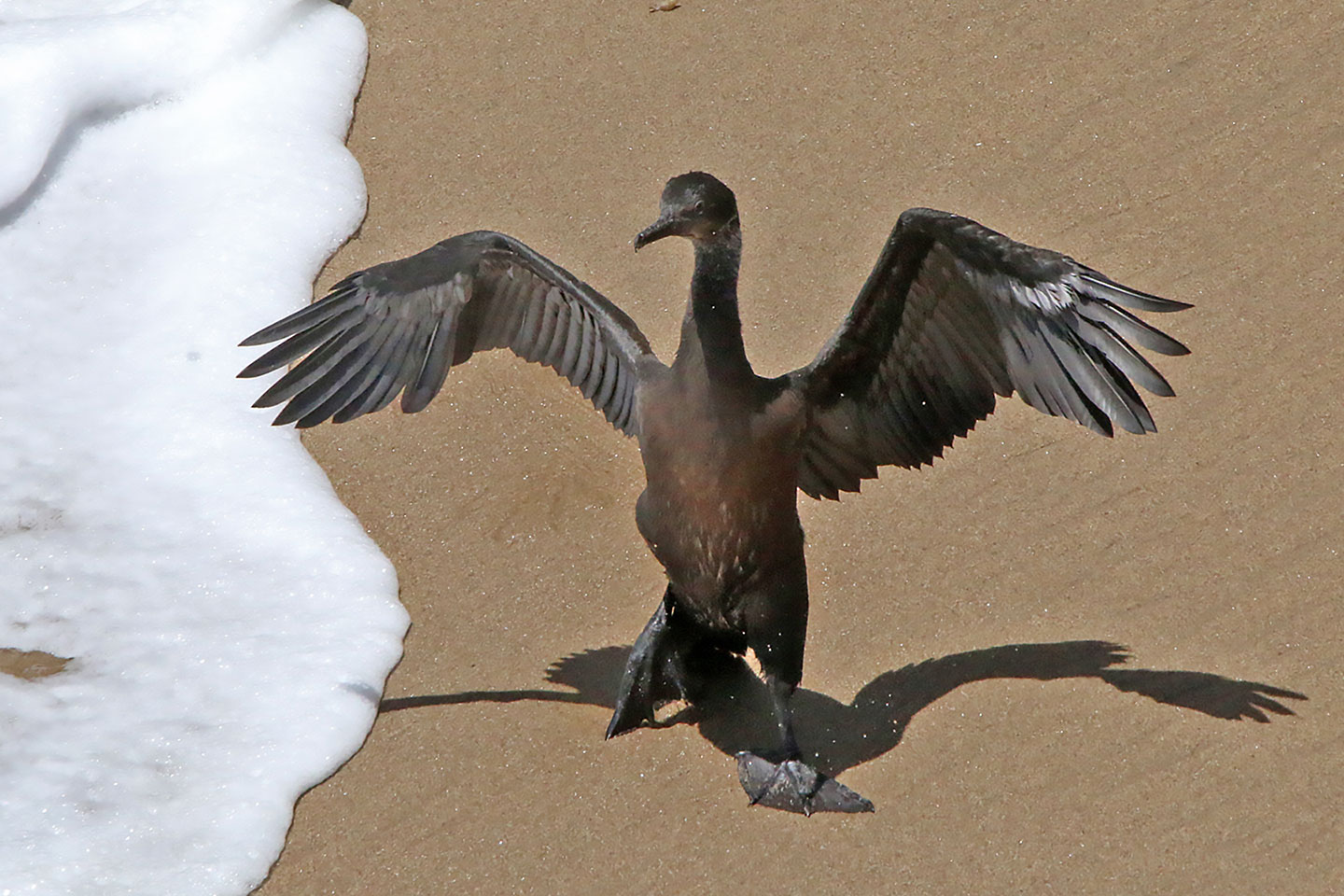