Another Day in the Life of Brandt’s Cormorants

You may be getting tired of the ongoing saga of the cormorant nesting colony. But I am loving following their growth, life cycle and idiosyncratic behavior.

Much had change from the week before. The colony cliff site was noticeably less populated although there still were a few chicks, several adults sitting on nests and general activity. Last week there had been six juveniles standing on the beach below. This week I counted 35. These congregations of juveniles are called creches. The young birds were much more active than before.

Many were experimenting entering the water, swimming, diving, playing together, and then returning to land. Some were obviously inexperienced and got tossed and tumbled by the waves. As one juvenile walked out of the sea onto the sand it’s feet were hit by the next incoming wave and it was thrown completely backward into the foam.

I watched at least six adults climb out of the water to feed their young. Although they may have several offspring, only one is fed at a time. Sometimes a unrelated bird would start to beg for food but the adult would aggressively chase it away. These feedings are captured in a variety of photos below. Honestly, it makes me gag to watch them!

People walking by stopped and asked me what kind of birds they were. I pointed out the colony, the nests and the juveniles below. If you watched for only a few minutes, nothing special seemed to be happening. But, as is the case in nature, if you stay still, observe carefully and are patient you begin to see nuanced, amusing and unexpected behaviors.

Near the creche was a small ledge about 3 feet high on the cliff face. I called this the “practice ledge”. The juveniles would periodically attempt to fly onto the ledge. One bird tried twice only to fall back into the sand. Others were successful. There is no way these birds could make it back to their colony 30 feet above!

Many juveniles seemed interested in rearranging the seaweed on the beach. They would pick up pieces, drag them along and then deposit them elsewhere. Occasionally one would get a mouthful of seaweed and take it into the water. At other times one would come out of the water with a new fresh clump of seaweed. I am guessing this mimics nest building behavior. But they did not seem to know why they are doing it and were just entertaining themselves.

I was fortunate to watch a juvenile’s first launch from the colony. With his wings outspread, he not so much flew, but plummeted down the cliff, landing with an awkward “plop” into the waves below. He then began to swim furiously but was caught by the swells and currents and driven to some rocks offshore. The young bird scrambled onto a rock, probably relieved to find some terra firma again. Eventually a large wave knocked him into the water again and he found his way to shore to join the other juveniles in the creche.

Please do not reproduce photographs without permission. 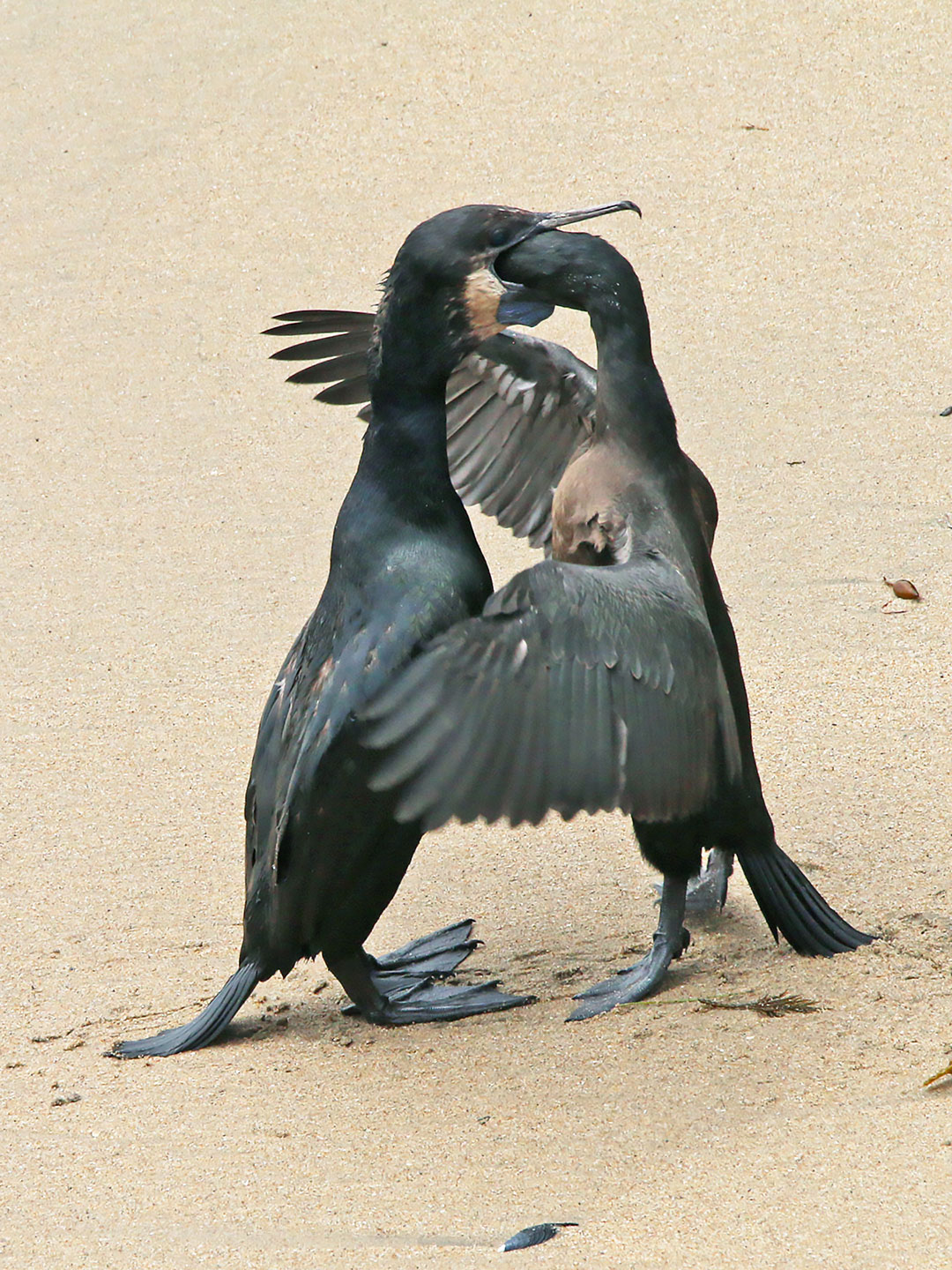 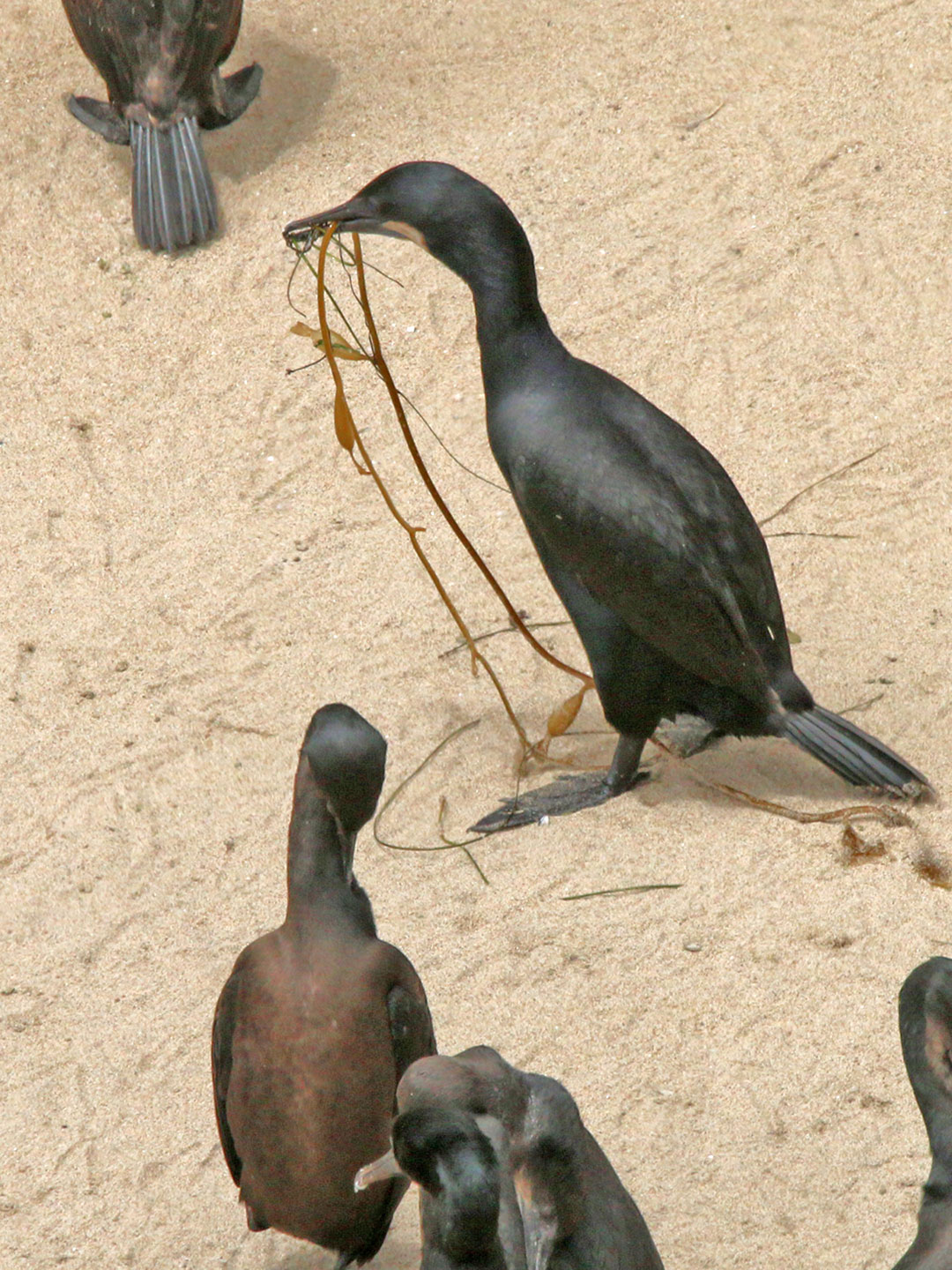