Peering over the railing, I could see them resting only a few feet below. Huge furry slug-shaped creatures the color of sand and rock, packed together side by side like the sardines they eat. There were females, some molting, some not. A few juvenile males, all without the elephant-like proboscis of mature males, sparred with each other. They weren’t much bigger than the females but will eventually outweigh them by 3,000 pounds. Also present were “weaners,” pups born this year who were recently weaned by their mothers. Now on their own, they will live off their accumulated fat reserves until they are ready to take to the open ocean for the first time. Noticeable smaller than the others, the weaners still weighed in at 300 pounds. They had the sweet faces of babies and a velvety gray body clear of the scars of ocean living. The large cantankerous adult males won’t start showing up again until July.

Elephant seals can be found here at anytime of year, languidly lounging on their preferred beaches. But which seals are here changes with the seasons. At this time of year the females are going through a “catastrophic molt,” losing all their fur and top layer of skin. They remain on the beach waiting for the new layer to finish forming and the old one to lift off and drop away in ragged pieces. It takes about a month to complete the molt and they neither swim nor eat during that time.

They were so close I could smell them. I could clearly hear the sniffling, sneezing, grunting and farting. I had a front row seat to the many arguments and scuffles between seals. I watched the juvenile males lunge at each other, colliding their bodies and taking half-hearted nips. They seemed confused about why they had the urge to fight and were more playful than aggressive.

I was also close enough to easily photograph portraits of individual seals, capturing their varied expressions, moods and poses.

Please do not reproduce any photographs without permission. To request permission, contact Carla at: carlanaturephotos@gmail.com. 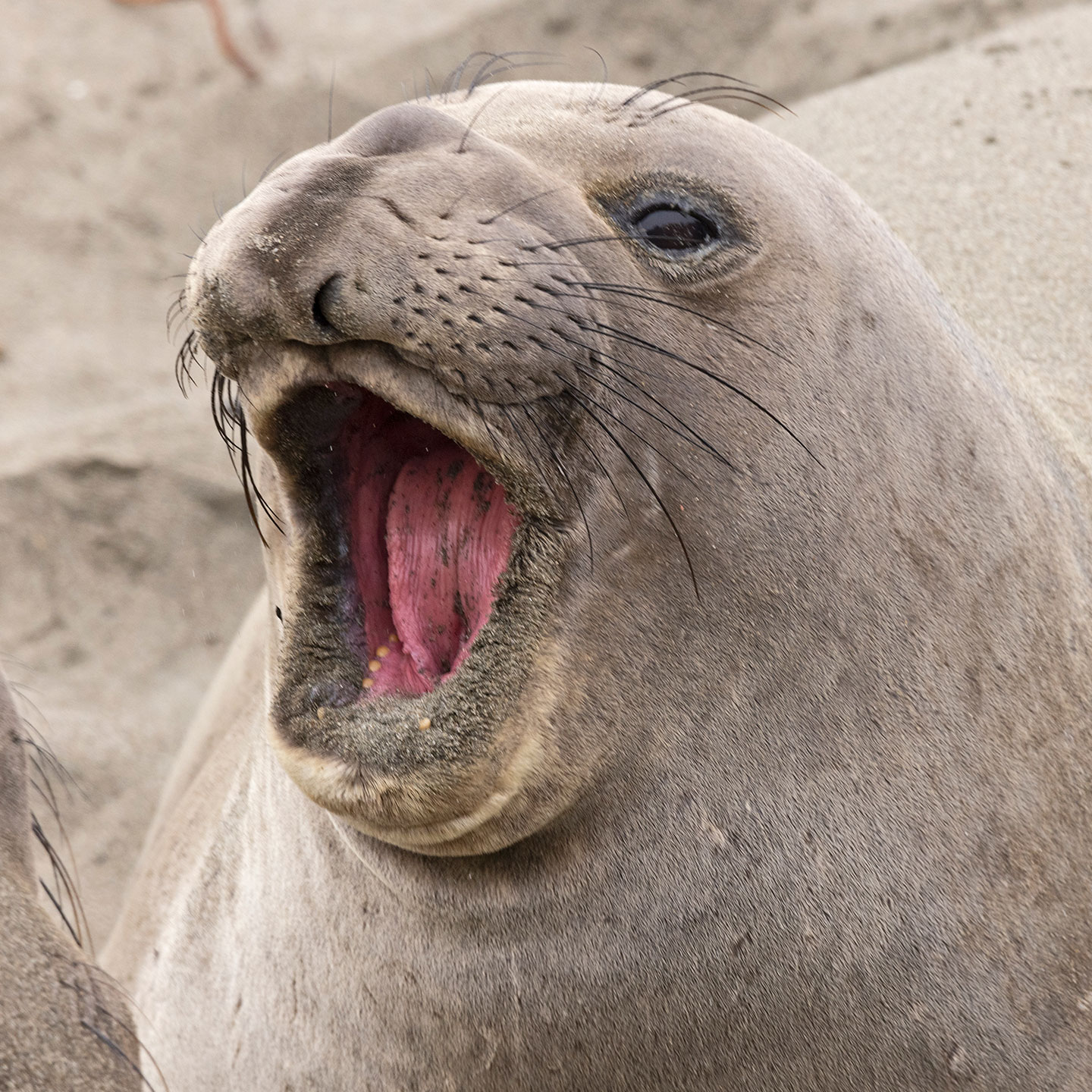 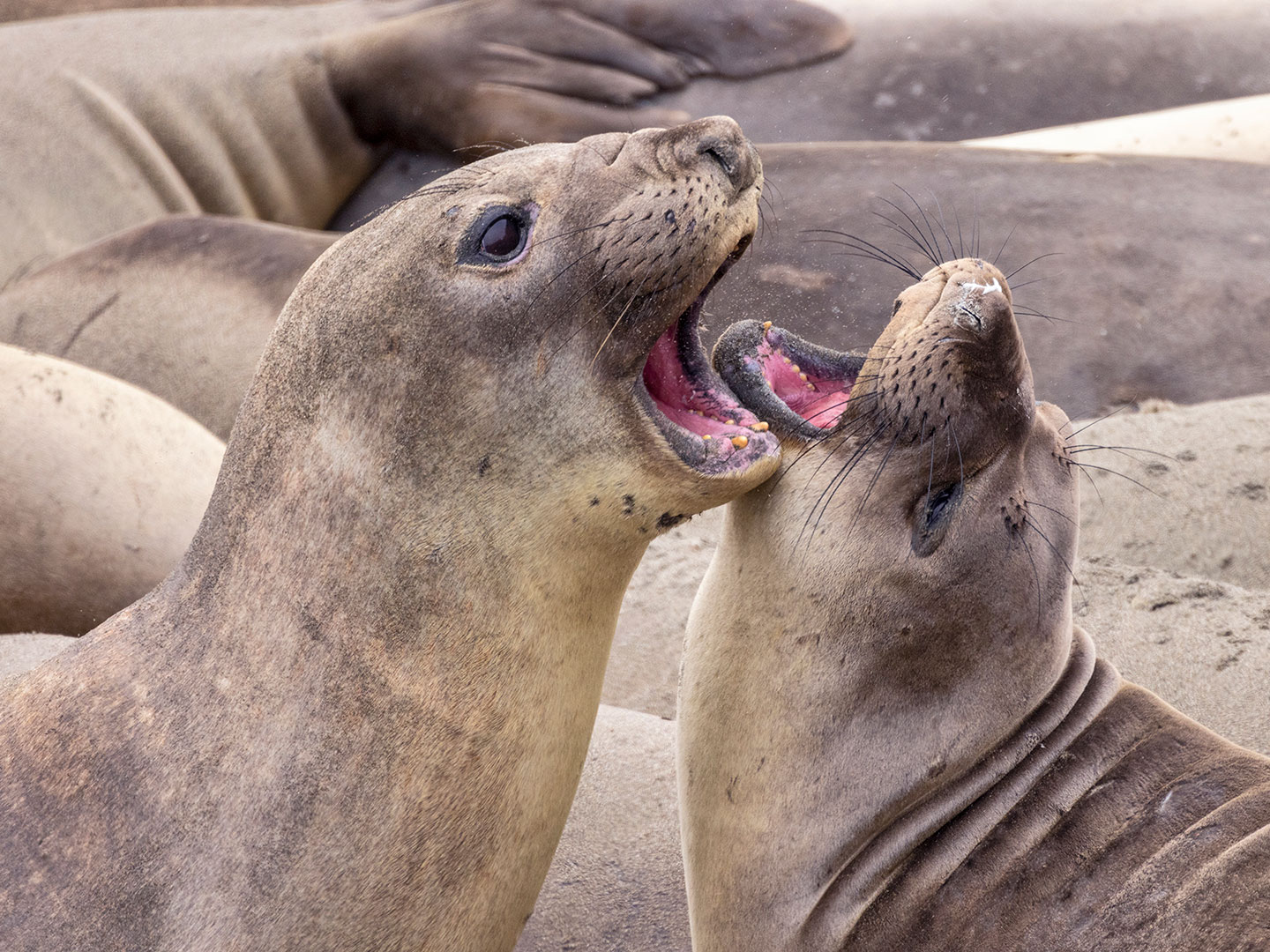 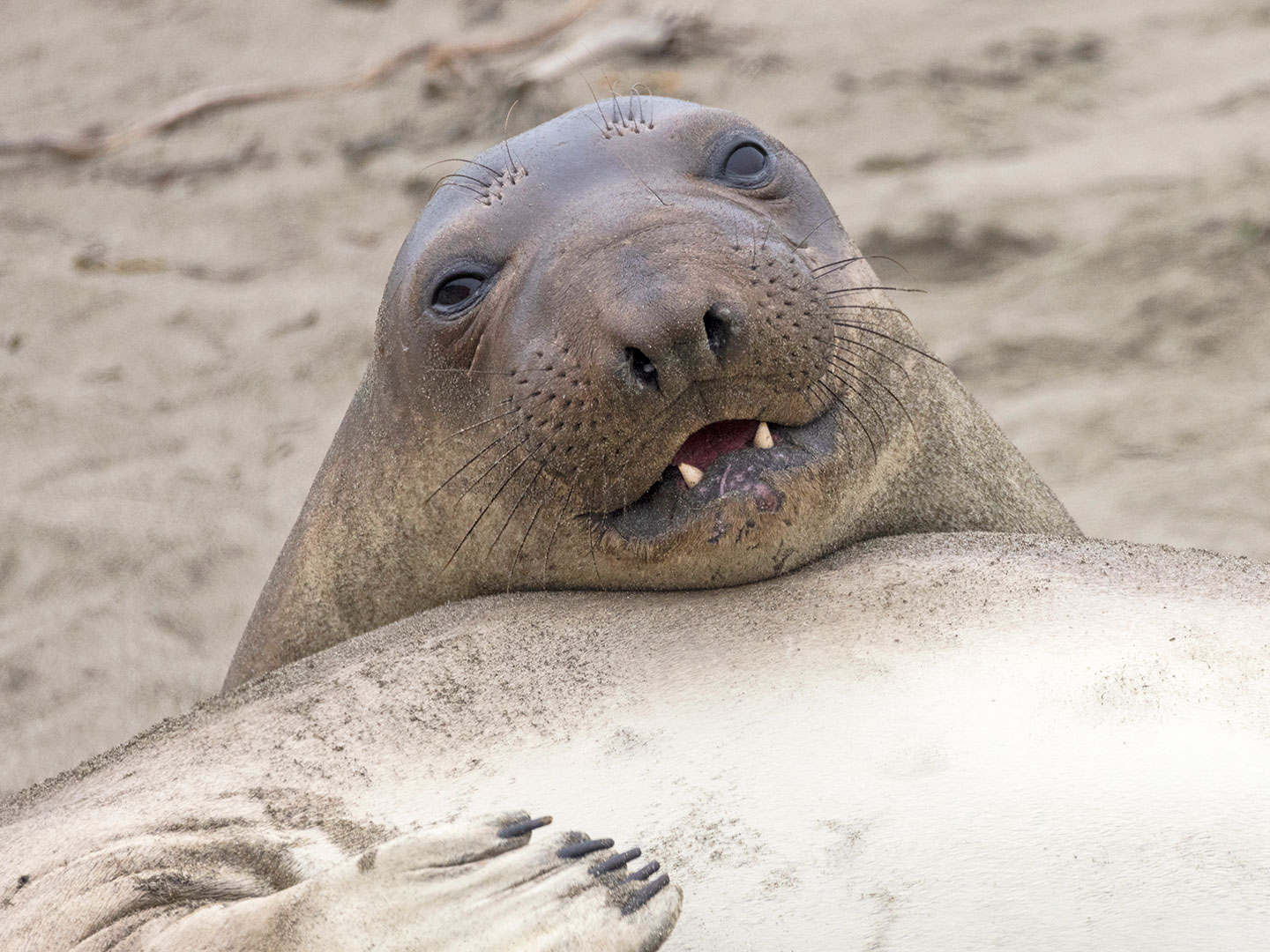 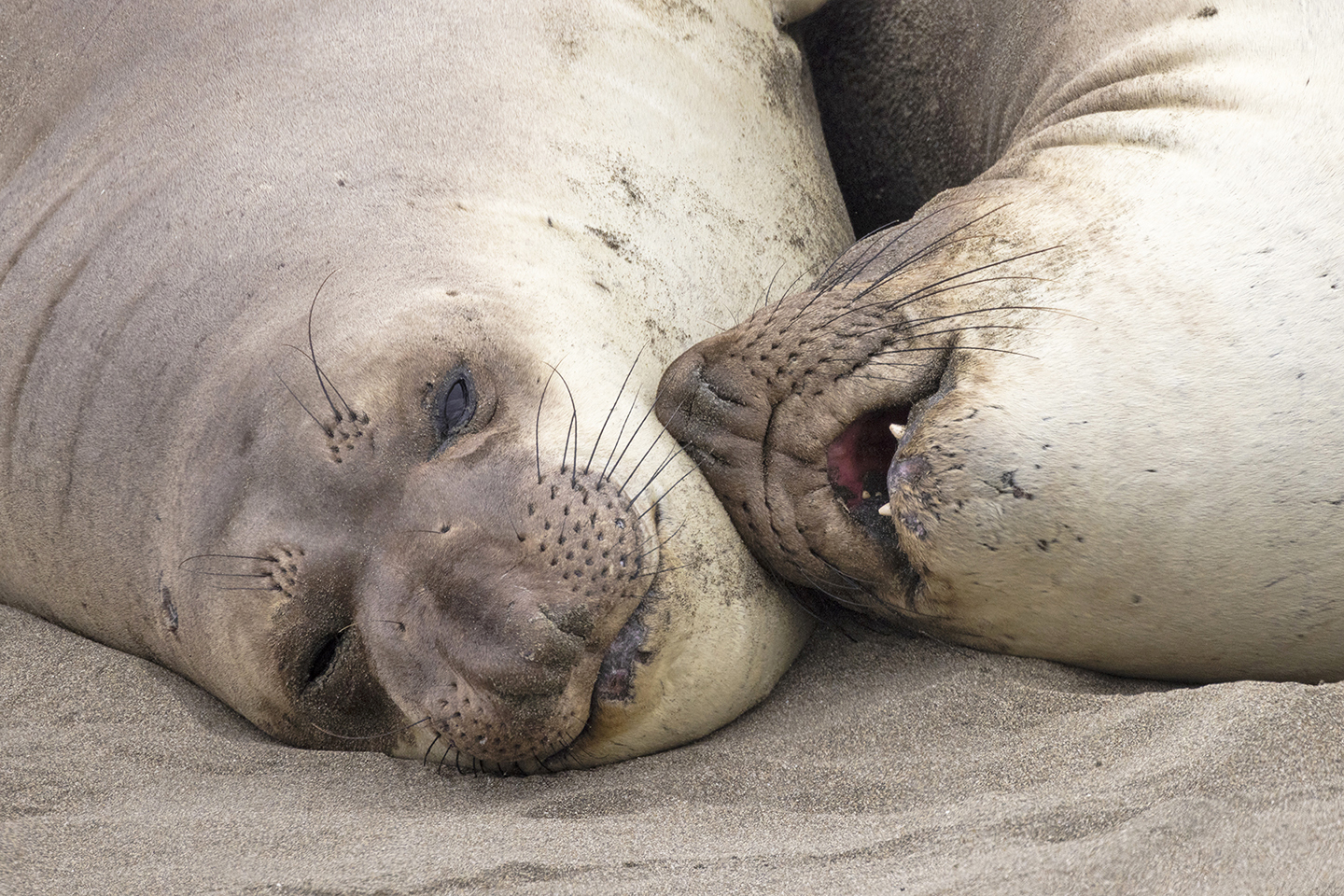 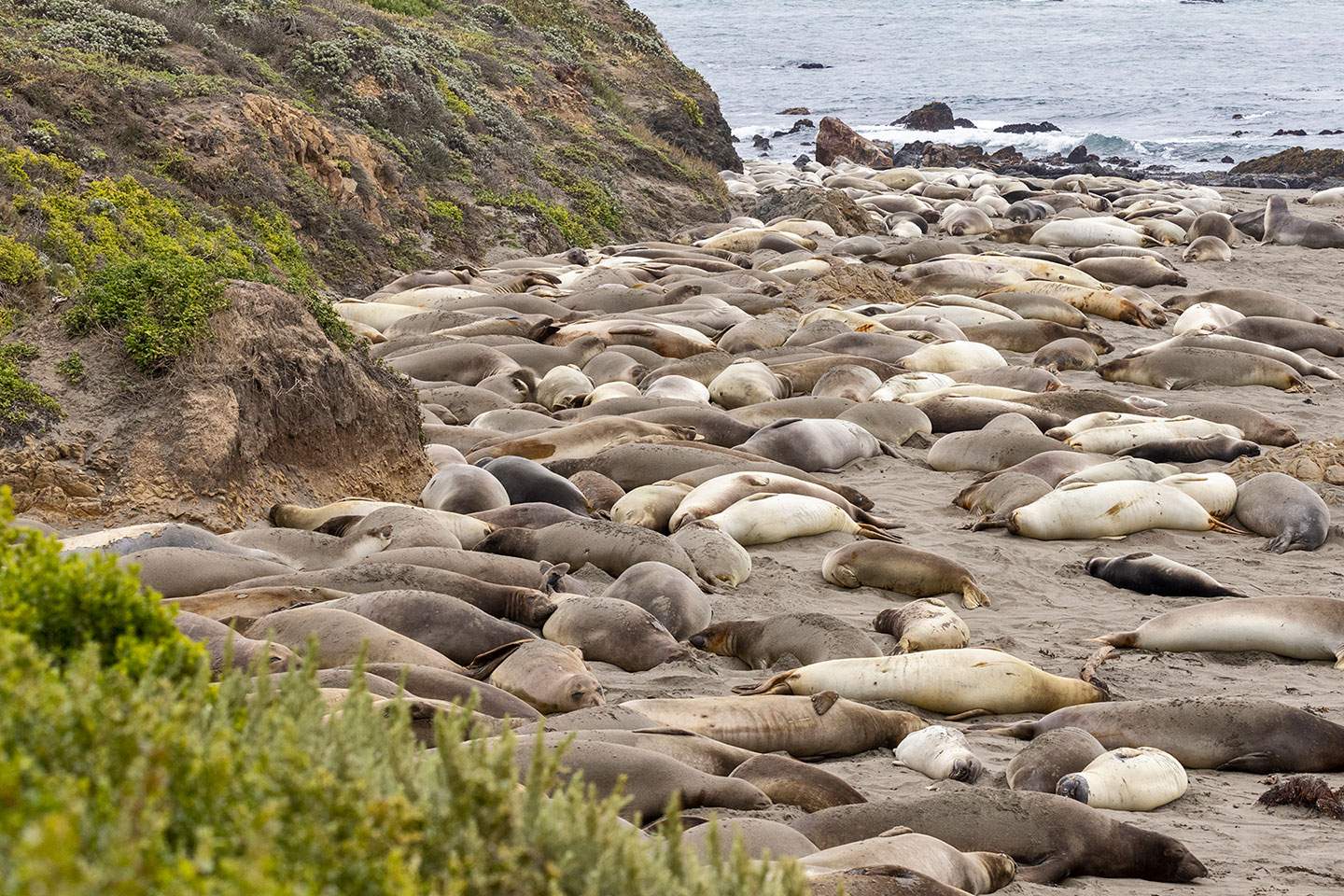 Elephants seals at the beach. 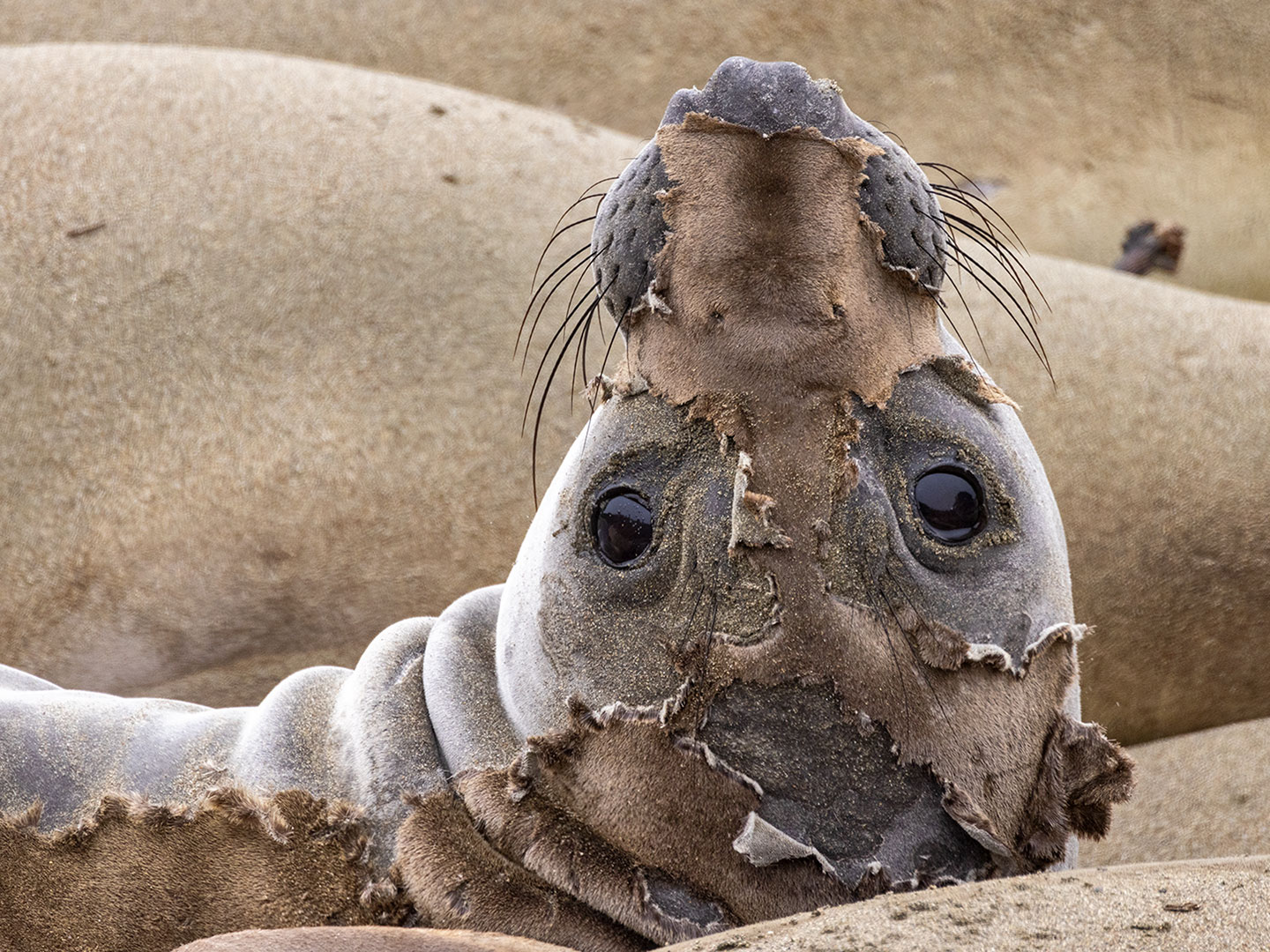 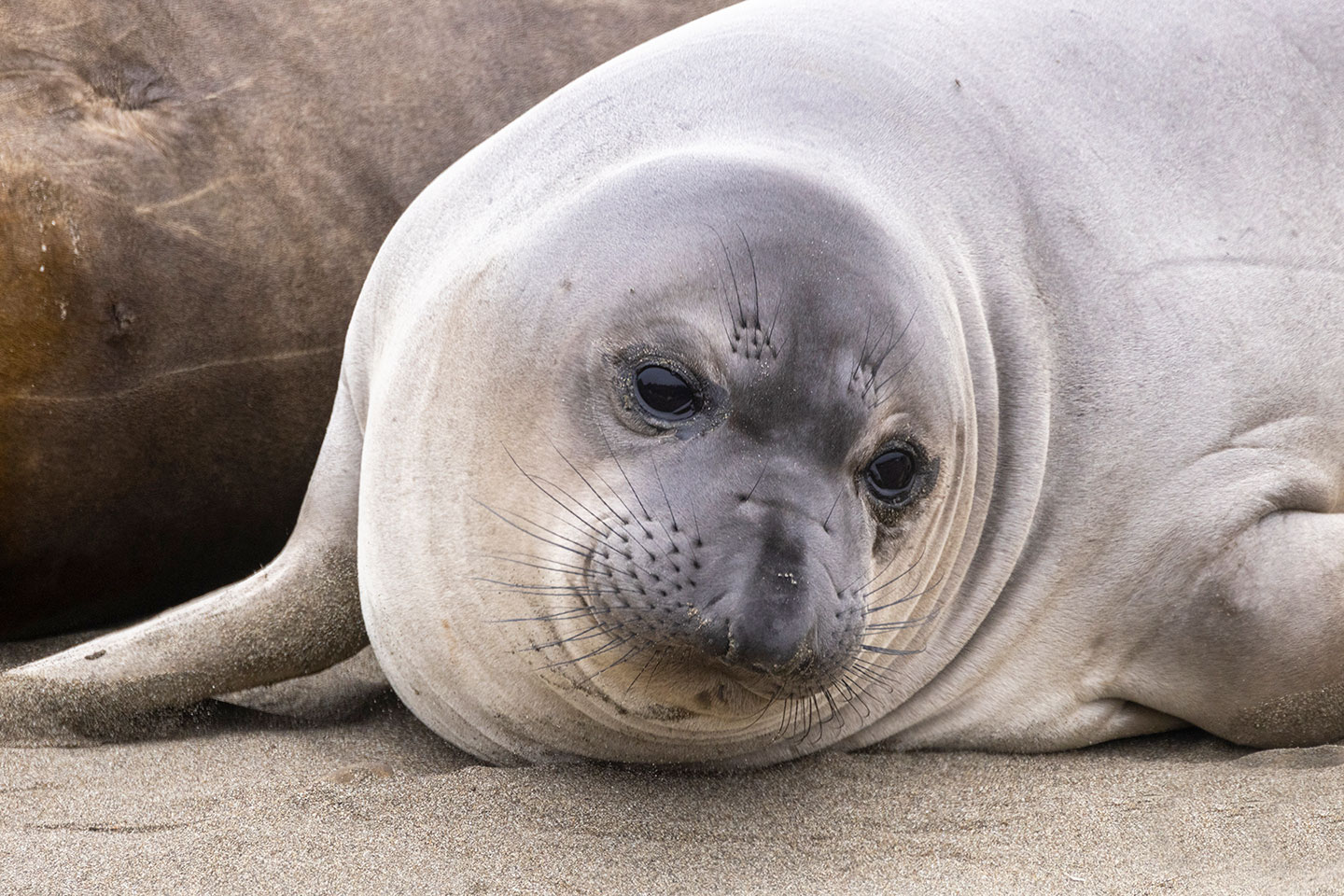 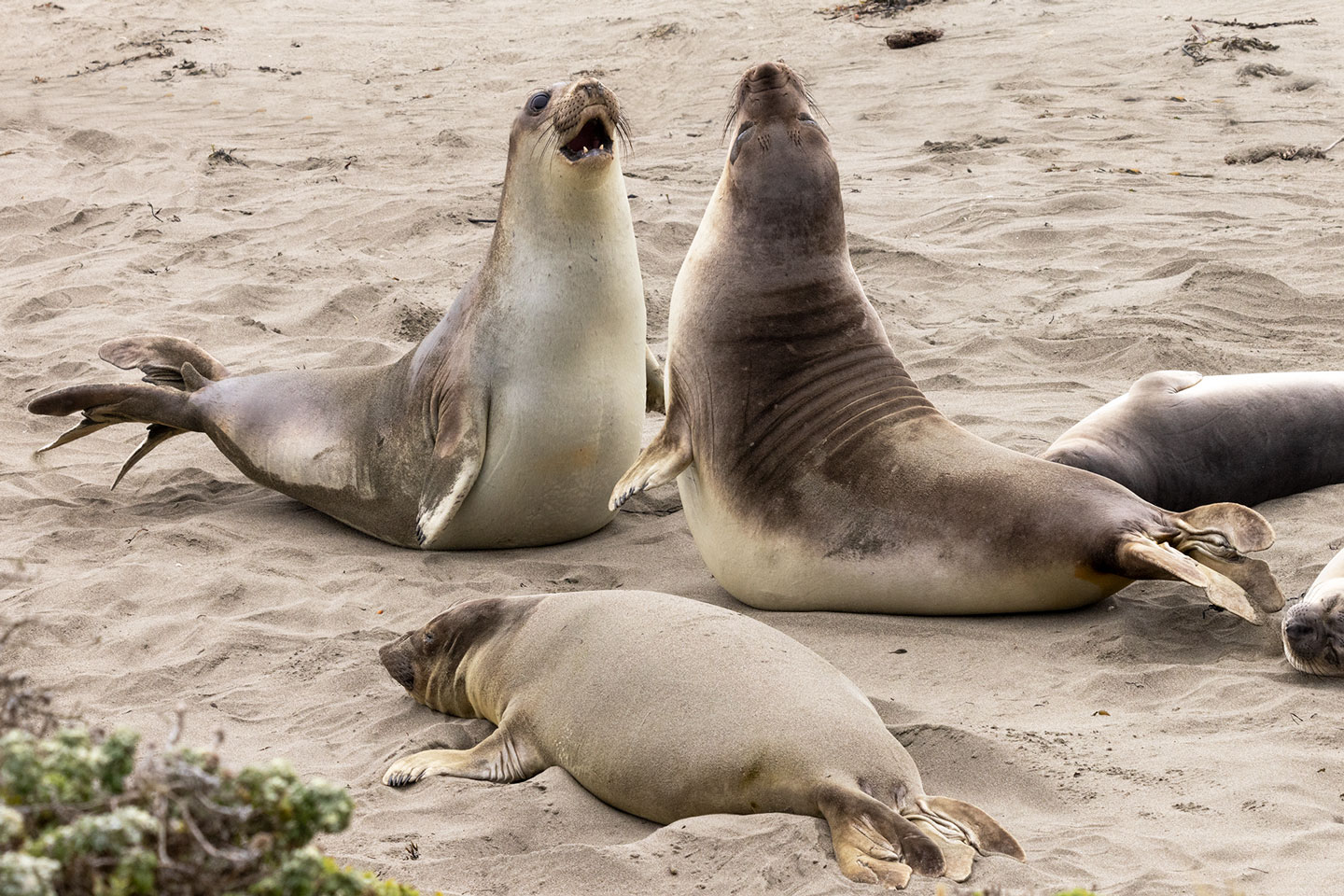