Beginning in February and extending through April, harbor seals give birth to pups. They are the most common seal in this area and can be seen swimming near shore, through waves and in bays and estuaries. Their whiskered faces are a familiar site, popping up above the water, their big black eyes staring back with alert curiosity. But I only know of two places in the area where I can reliably see moms and their newborn pups resting on beaches: Elkhorn Slough in Moss Landing and Point Lobos State Park in Carmel.

Seals, as opposed to sea lions and sea otters, have limited ability to move on land. Instead of walking or even crawling, they do what is called “galumphing,” a sort of rocking and then throwing their blubbery weight forward to inch themselves ahead. It’s amusing to watch. All harbor seals spend half of their time hauled out on land, lounging like huge inert overstuffed sausages. Unlike other pinnipeds, their coloration is surprisingly varied with near white, gray, tan, brown and black coats. Moms and pups often have very different colored fur. They are also leopard spotted which is sometimes pronounced and other times quite subtle.

I imagine there were, at one time, many more seals and many more beaches where they hauled out to rest, have their young and nurse. Now there are few places where people do not gather or where homes and businesses do not encroach on the beach. Harbor seals like their privacy and avoid places with too many humans. (I can relate.)

Please do not use photographs without permission. To inquire about permission, contact Carla at: brennan.carla@gmail.com. 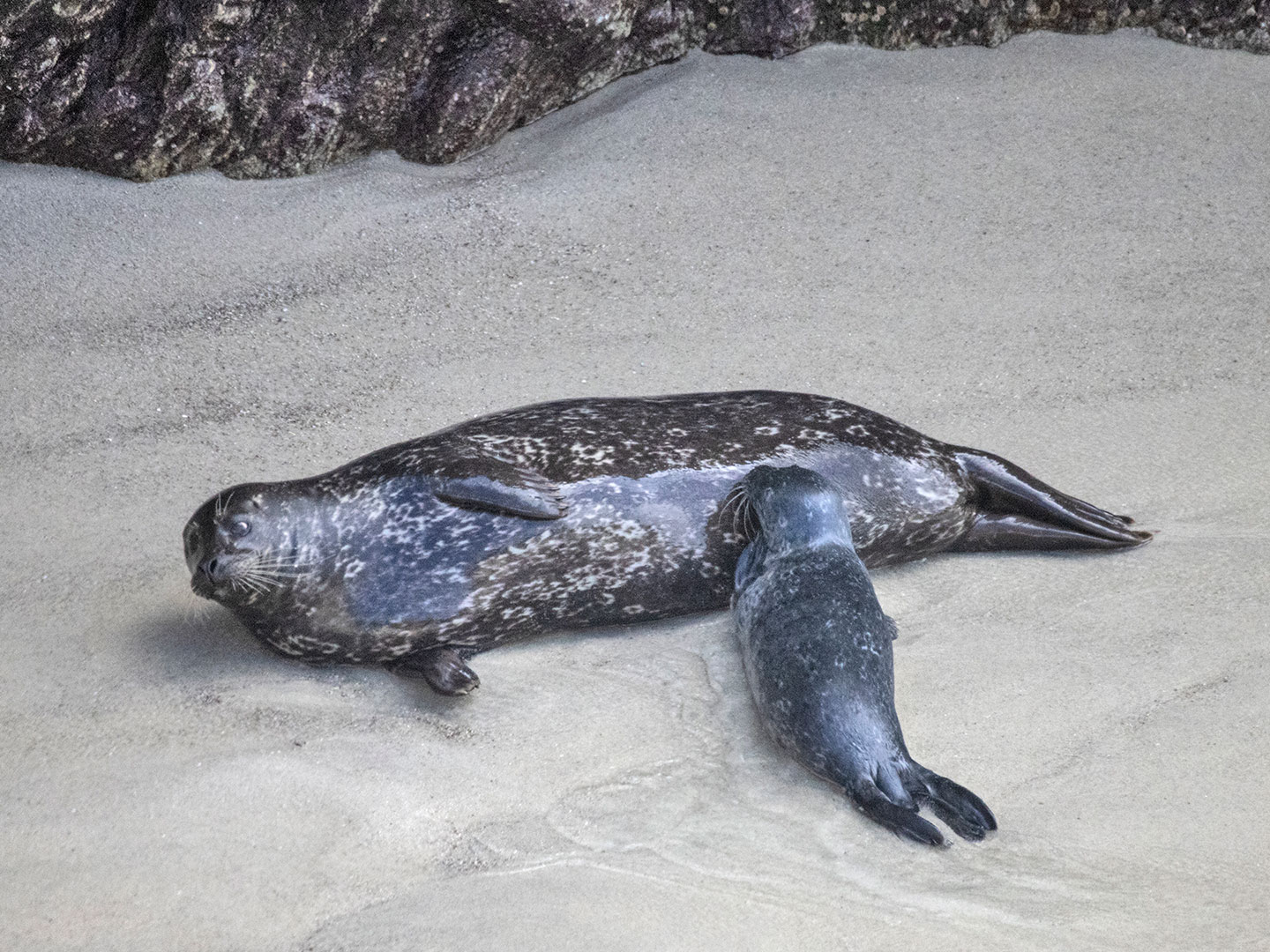 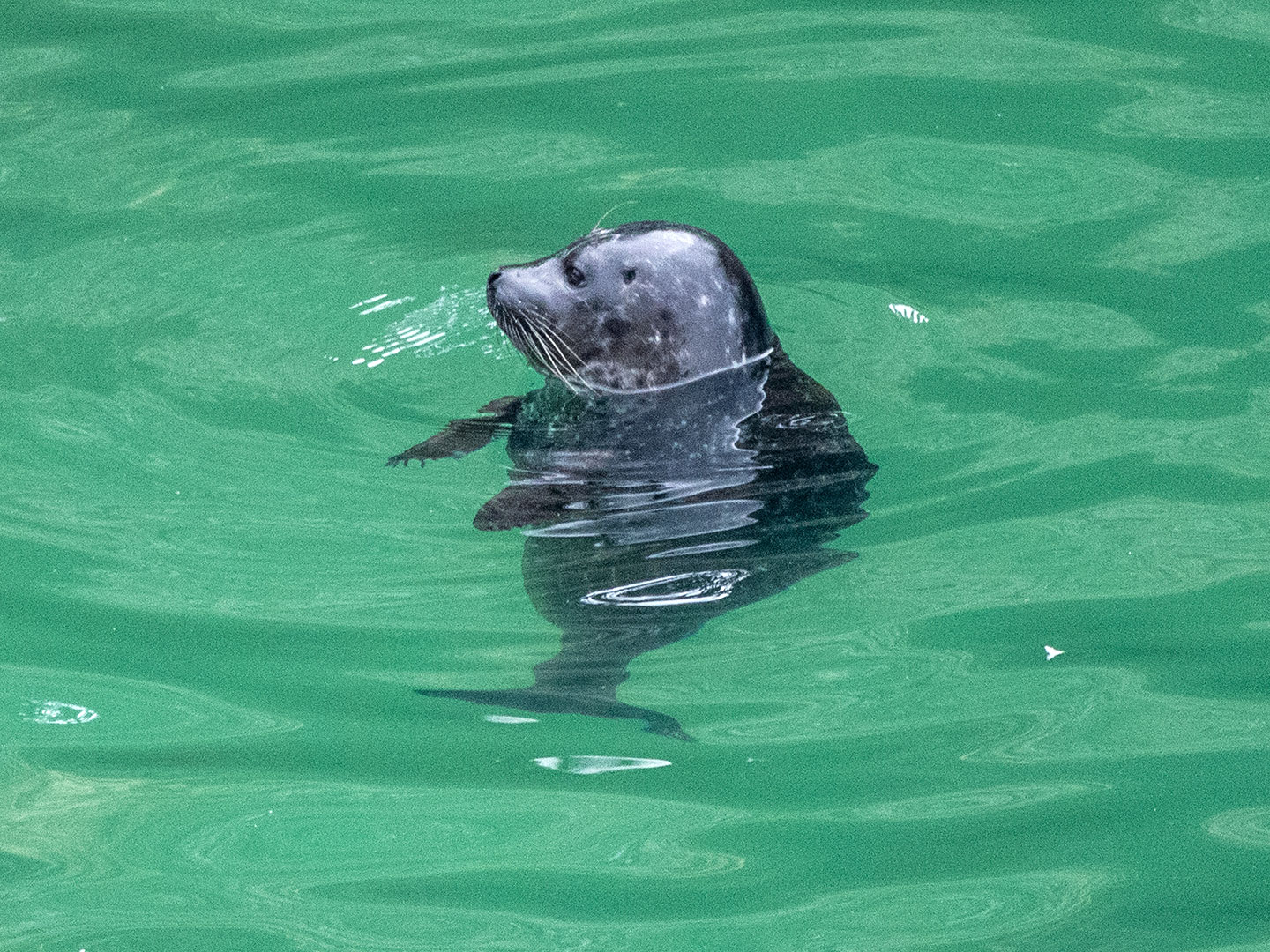 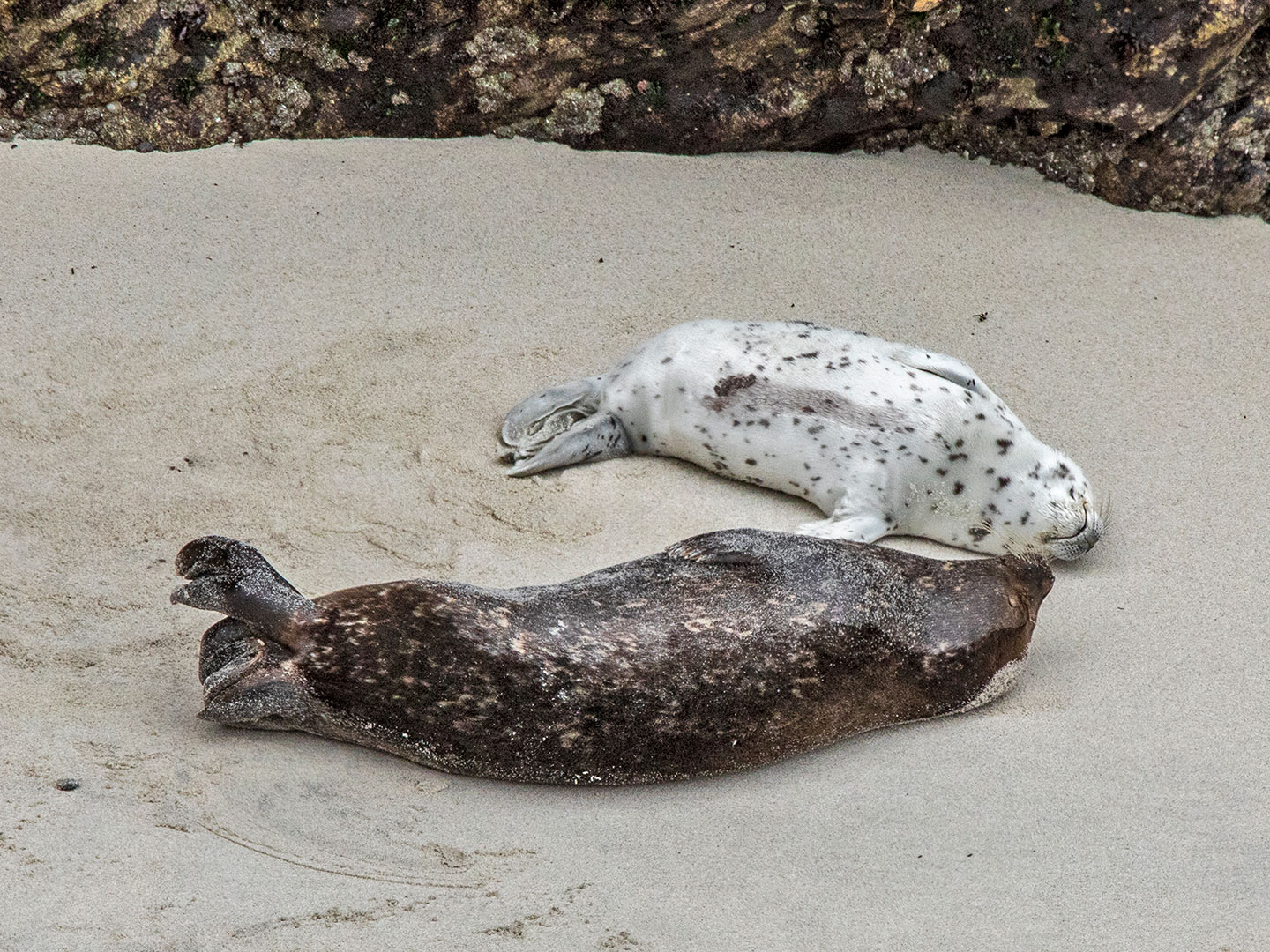