I missed the peak season this year. Sadly, I was too busy to get out much. Although the timing varies a little from year to year (and that’s especially true now with our unpredictable weather), November and December are generally the best months for fungus here in Santa Cruz County. Many mushrooms emerge after the first fall rains to then quickly rot away until next year. However, some mushroom species return throughout winter and others prefer to first reveal themselves later in the year.

So even with a late start, I have found a diversity of mushrooms and have enjoy documenting them. I’ve also been experimenting with macro-photography using the super-macro setting on my Olympus Tough 5. The forest floor can be quite dark which puts my cameras at a disadvantage so a few photos are of questionable quality (lots of noise) but I still include them to share my finds. Some mushrooms have been labeled but most I am not quite sure of their identification.

WHAT’S WITH THE EGG?
In some photos you will see a brown chicken’s egg. This was an inspired idea (if I say so myself) to find a way to indicate approximate size and scale of the mushrooms. It can be hard to tell from photographs whether the mushroom is 1” or 10” across. People use a variety of objects to help with this: money, lighters, keys, rulers, hands. I wanted something that looked relatively natural so I ordered fake wooden eggs. Many of the shots do not have the egg in the photo, mostly because I haven’t gotten reliably into the habit of using it.

MY FAVORITE FIND THIS YEAR
My most exciting find was in the dark understory of the redwood forest just a few feet from the trail in Henry Cowell State Park. Tanoak and other leafy branches obscured it from easy view. My eye caught a white form amid the dappled light of the forest floor. My first thought was large oyster mushrooms but on closer examination, these were revealed to be big white chanterelles! A mushroom I had never seen before. They were beautiful robust fleshy specimens, prime for the picking and eating, considered to be very tasty. But this is a state park and picking mushrooms is verboten. Which was fine for me, I prefer to leave them alone and bring back only photographic evidence. Rain was soon forecast and they would likely begin decaying in the moisture. Chris was disappointed, however, to not get a tasty wild treat.

I told a park docent about the discovery of these chanterelles and he told me where I might find one of the earliest wild flowers, a flower I have never seen before, California Fetid Adder’s Tongue. They bloom in in February.  Stay tuned and I hope to share a photo with you!

FOG IN FORMATION
I have often pondered how and why small steamy clouds of fog drift up from the redwood forest. Fog often rolls in from the ocean or descends from low clouds, but there are times when the forest itself seems to create fog, especially on partly sunny days. During my mushroom walk in Henry Cowell, I got to witness this in action. With the sun shining brightly on some damp redwoods trees, steam arose right out of the bark, creating undulating wisps of upward floating moisture. I’ve included a few photos to try to captures this mesmerizing phenomena.

MEMORIES OF MUSHROOMS PAST
As I walked through Henry Cowell recently, I pause wistfully at places where I had spotted exceptional mushrooms during the previous season. The tree that had bright orange chicken-of-the-woods now showed only small withered dark remnants of once living fungi. The ground below a redwood tree where a small group of large dyers polypore once stood was now bare.

There is one live oak on the park near the entrance kiosk that hosts a continual variety of mushrooms under its low branches. This year I found a whole new cast of mycological characters, including a new one for me called amusingly, “cowboy’s handkerchief” for its slimy mucus covered exterior.

The largest individual fungus I have ever seen was in Williamsburg, MA in about 1998. This was before I was a photographer so I have no recorded evidence of it. I would need a dozen eggs to scale its size. Wandering off the trail in the forest behind my house, I was quietly exploring the woods for what I might find. There I stumbled on a brown fleshy shelf mushroom emerging from the base of a tree. It was if the the tree itself had formed into a semicircular low table just right for a dinner gathering of gnomes. The mushroom was almost 3 feet across; I can’t imagine how much it weighed. It was a single individual enormous shelf, not multiple layers like chicken-of-the-woods or oyster mushrooms.

I have also seen huge outcroppings of lion’s mane mushrooms, looking like a mass of delicate tiny icicles in summer (MA). In northern MI I found colorful beach ball sized protuberances of chicken-of-the-woods in an old growth forest. Part of the attraction of mushrooms hunting is their unpredictability and their ephemeral nature. 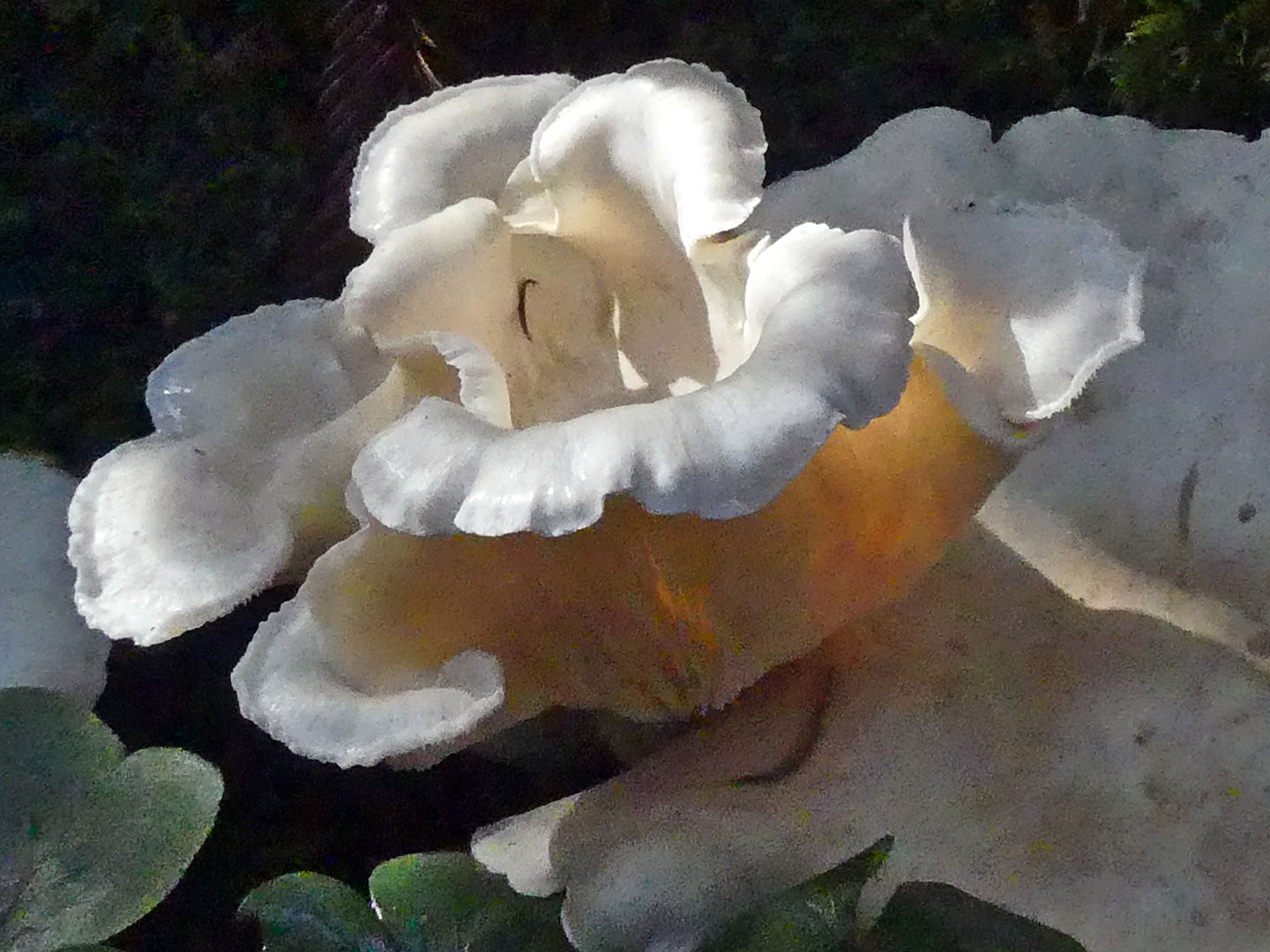 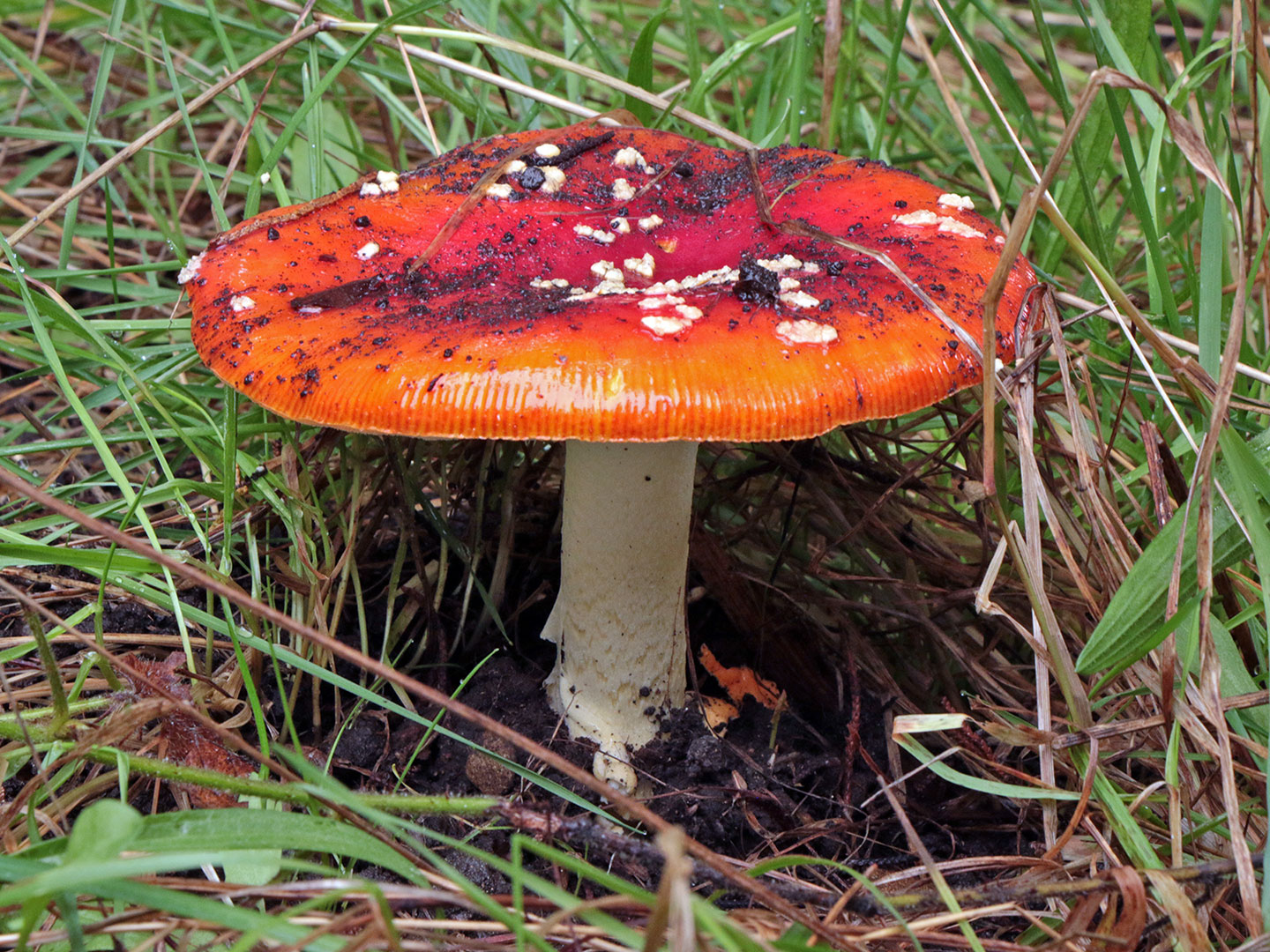 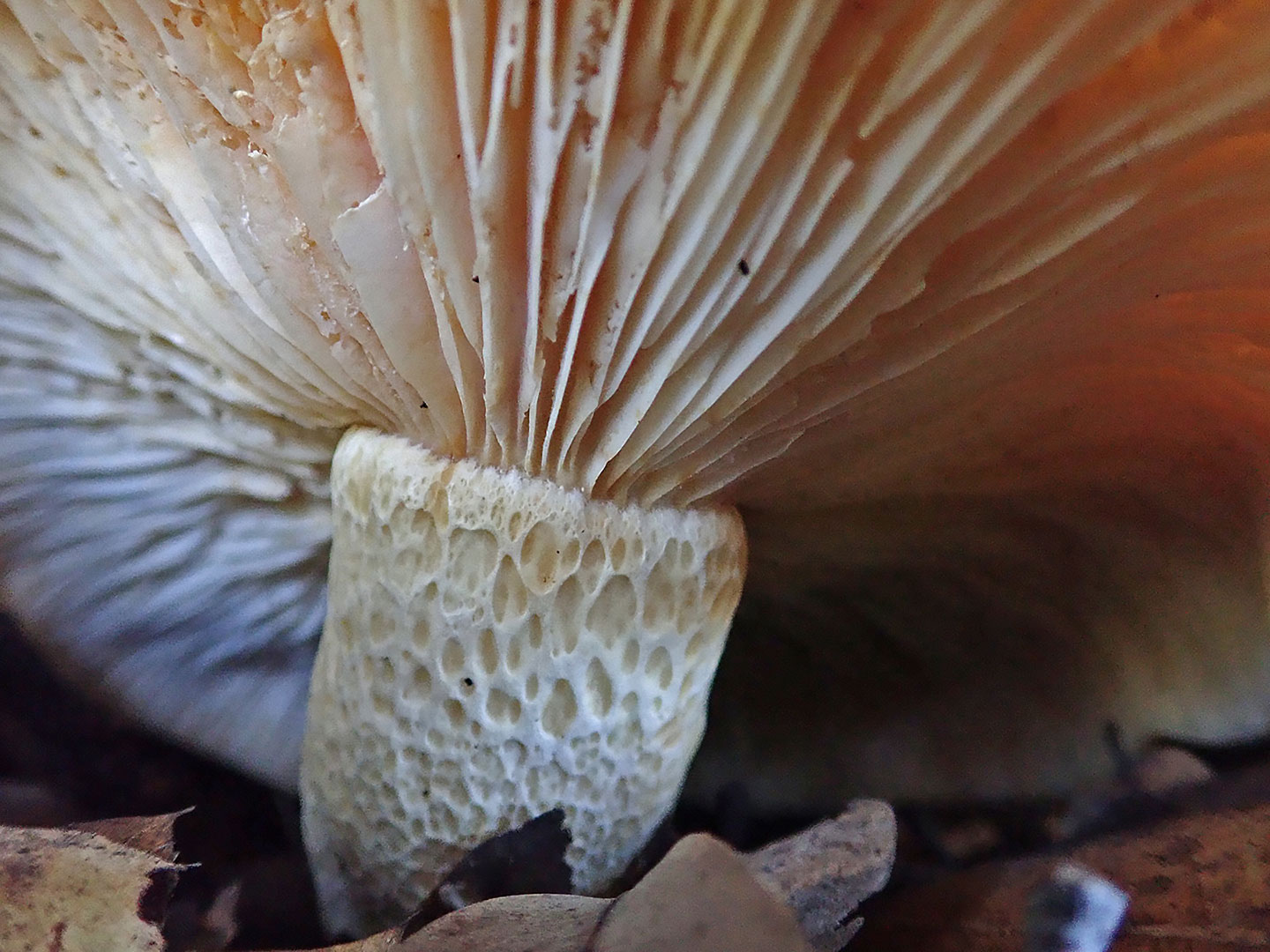 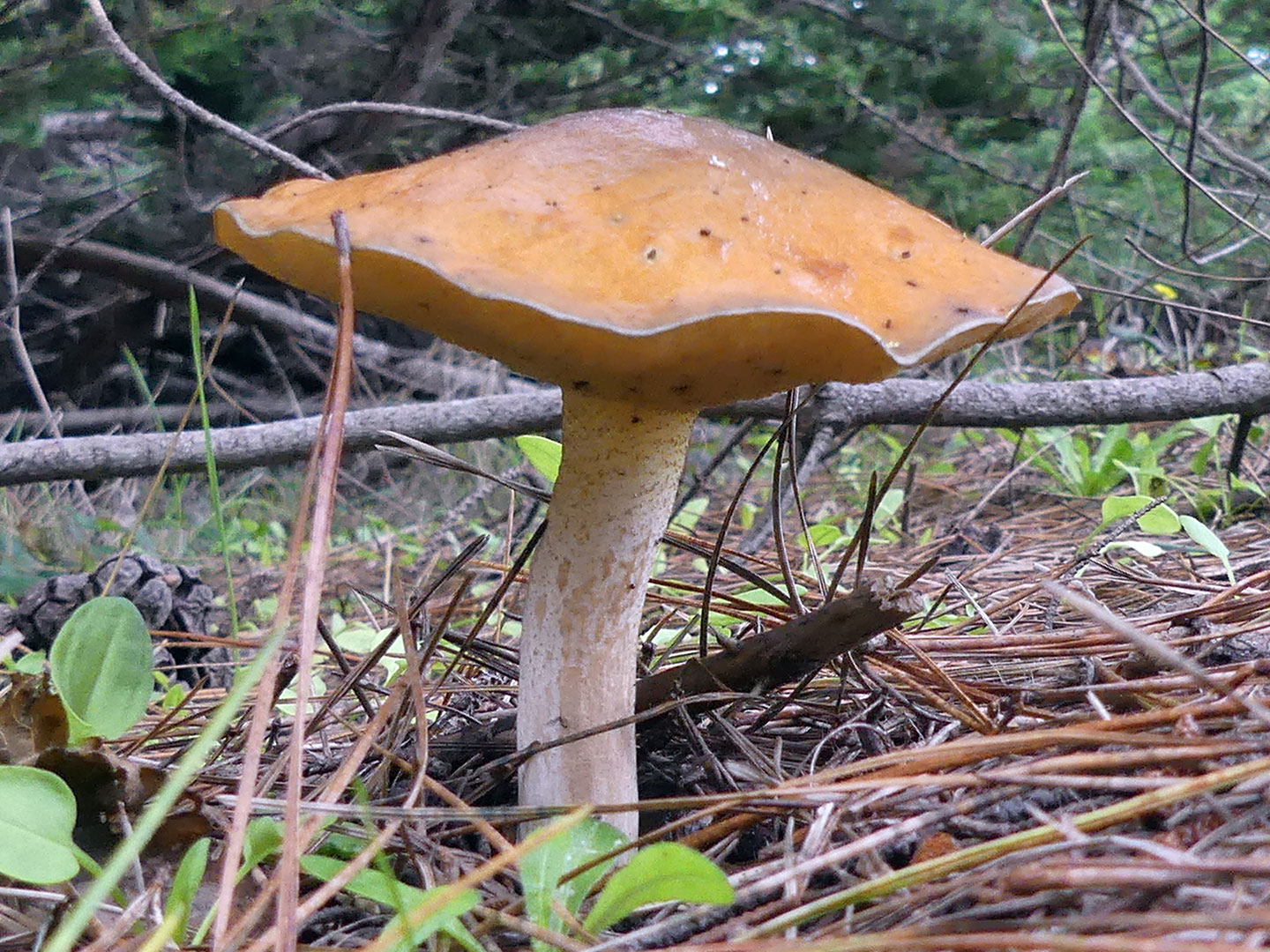 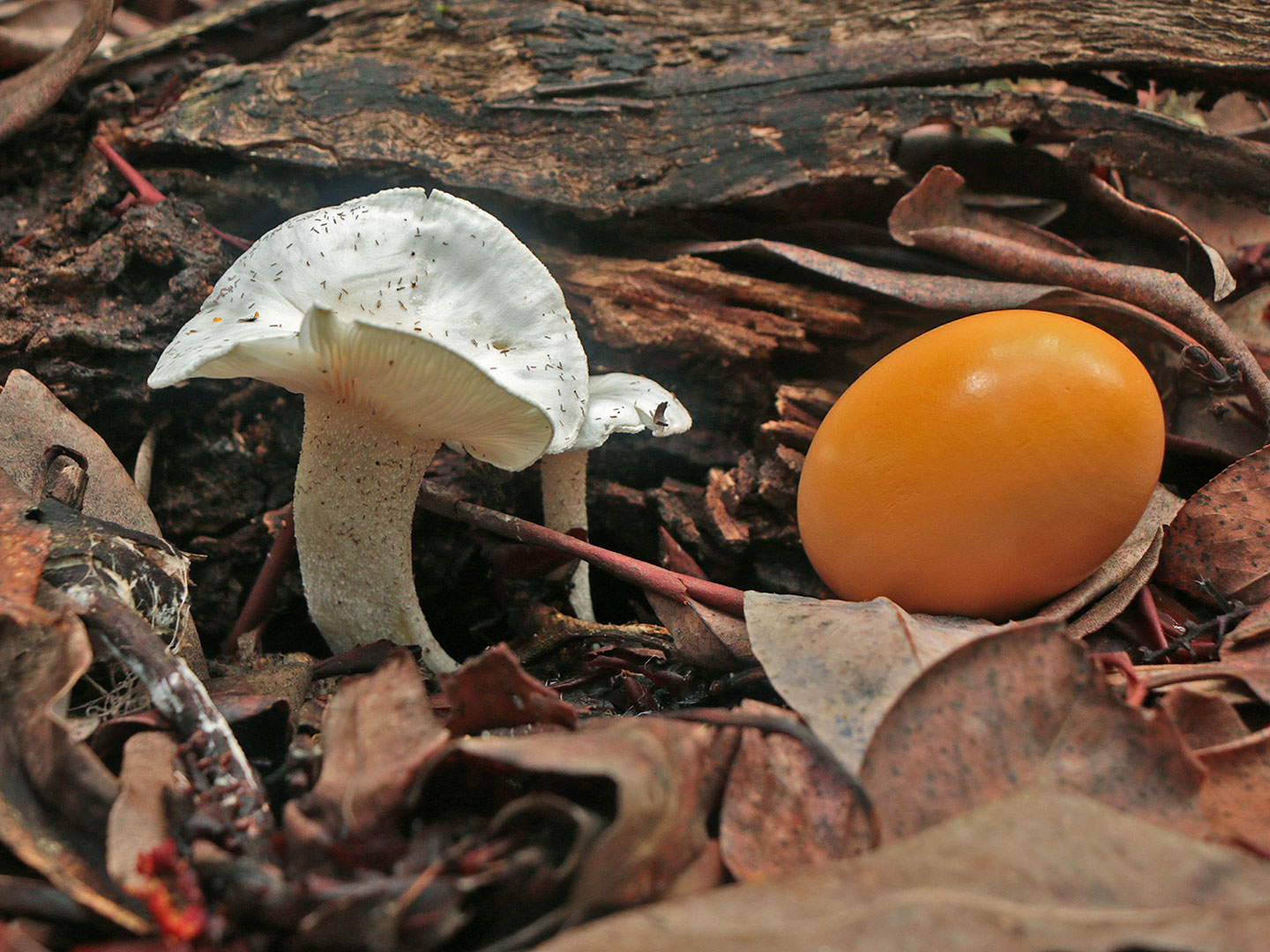 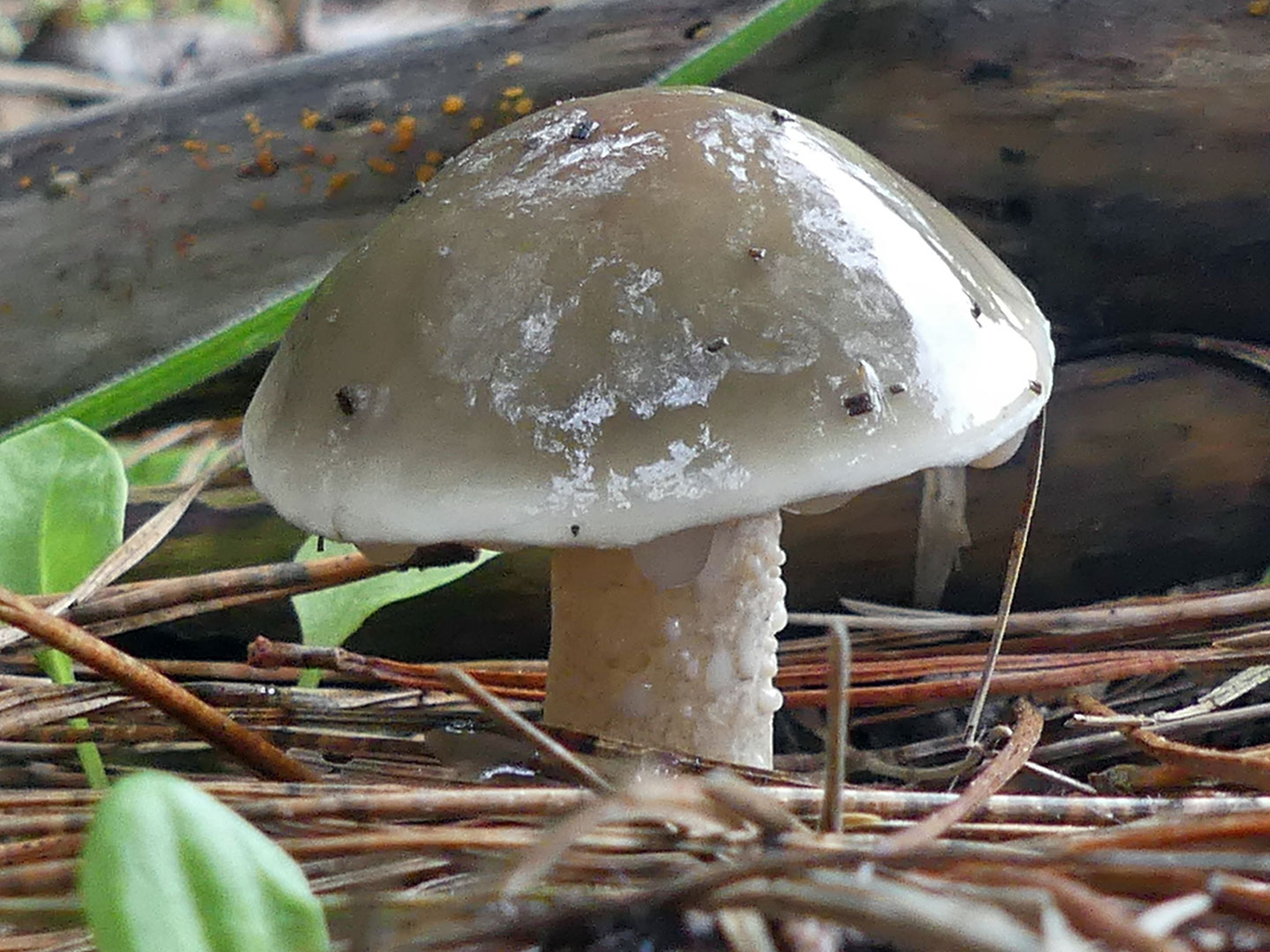