The Sandhill Cranes of California

I’ve known about the Sandhill Crane migration for a long time, having seen remarkable photos of the vast flocks gathered along the Platte River in Nebraska. Cranes filling the shallow waters, cranes along the muddy banks, cranes feeding in the corn fields nearby, cranes darkening the sky.

The first Sandhill Cranes I ever saw was during our year long drive around the US in late 2012 to late 2013. Cranes had gathered in the dunes at Padre Island National Seashore in Texas but I never got a good look at them. I could hear their continuous eager friendly calls as if they were consistently excited to see one another. I could see them – barely – in the distance, landing and taking off, jumping and hopping in their courtship dance.

A few weeks later I got my first up-close and personal look at a Sandhill Crane at Alafia River State Park in Florida. A few cranes calmly patrolled the campground, walking through with regal aloofness and little fear. This was a real treat! While driving south along the Florida coast we spotted a Sandhill Crane family, parents and chick, strolling through the parking lot of a Walmart, giving the impression that they, like many American families, shopped there. (See photo below.) These Florida cranes are non-migratory, spending the whole year in the wet warm climate of Florida.

But I did not know until I’d been in California a few years that there was also a major Sandhill Crane migration through California. In central California the cranes spend a few winter months in the vestiges of what was once vast wetlands, resting and feeding, before returning to the far north to breed. Only recently did I finally witness these large seasonal gatherings.

Merced National Wildlife Refuge (northeast of Los Banos, CA) is one of the many preserved wetlands where the Sandhill Cranes stop over. I traveled there in early March 2021 to see if they were still in residence, along with the huge white flocks of snow geese and Ross’s geese. To my delight I saw thousands of birds.

With 90% of the Central Valley’s wetlands gone to development and agriculture what we can witness now is only a tiny fraction of what the migratory bird population once was.

Please do not use photographs without permission. To inquire about permission contact Carla at: brennan.carla@gmail.com. 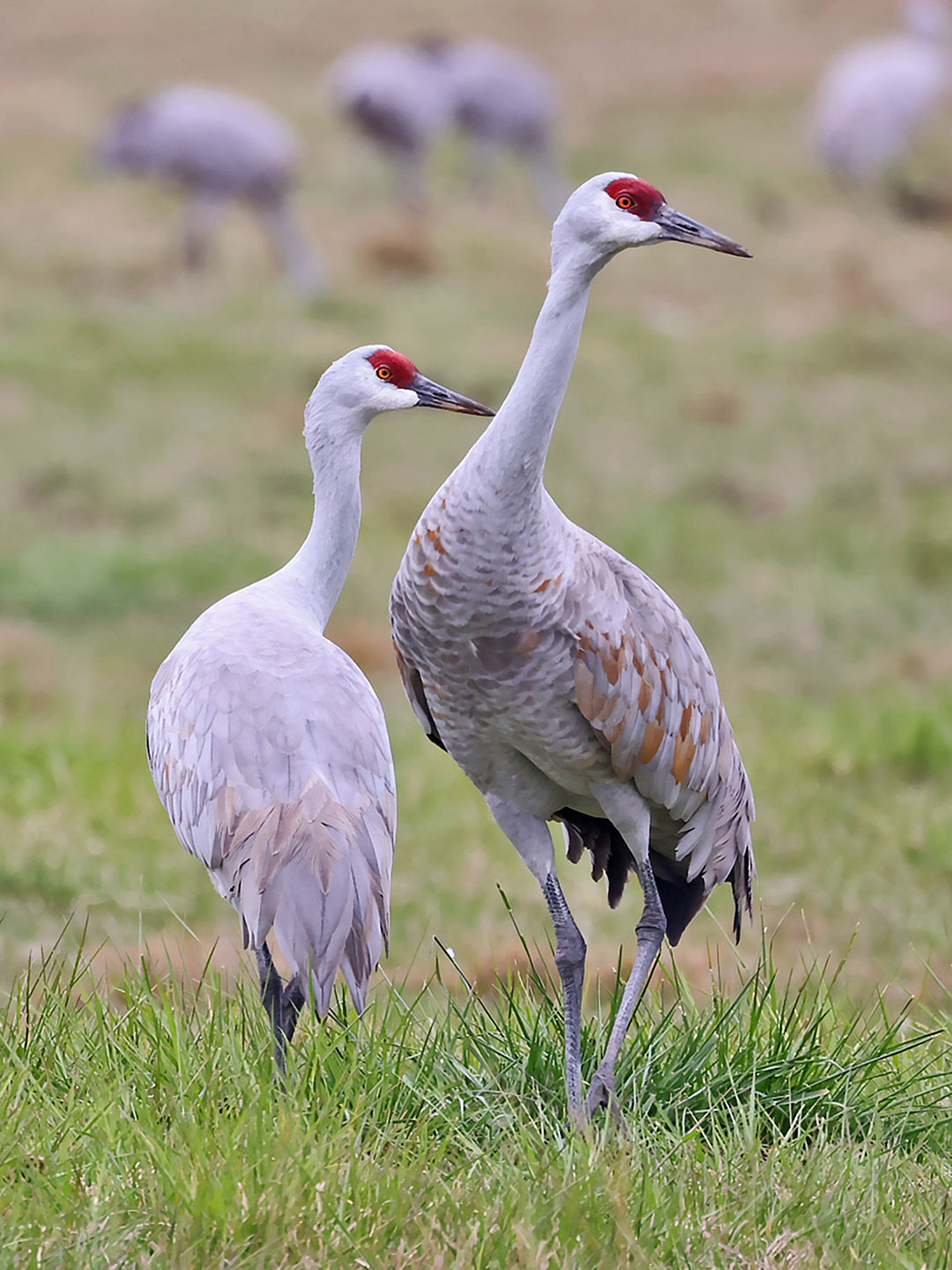 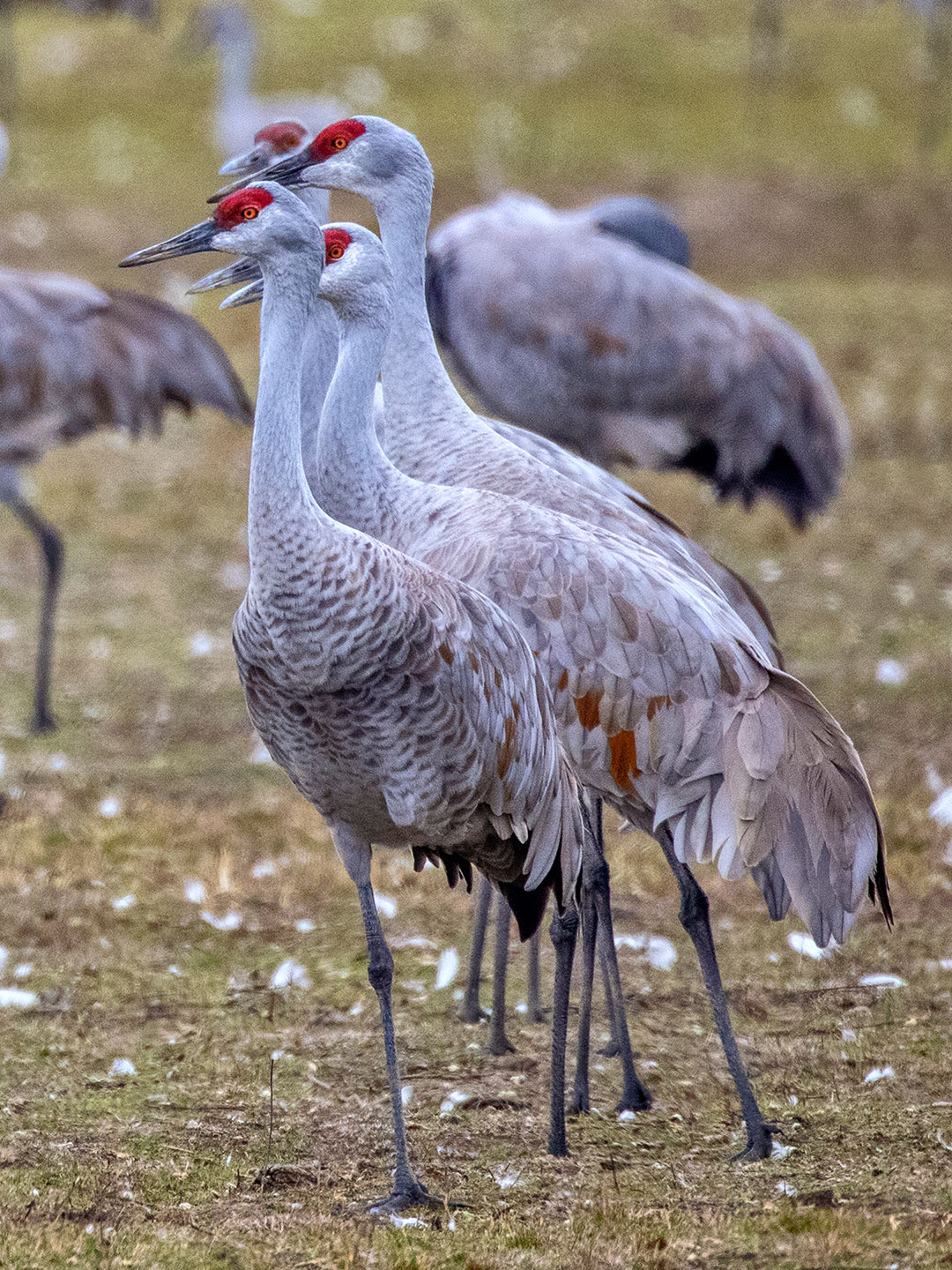 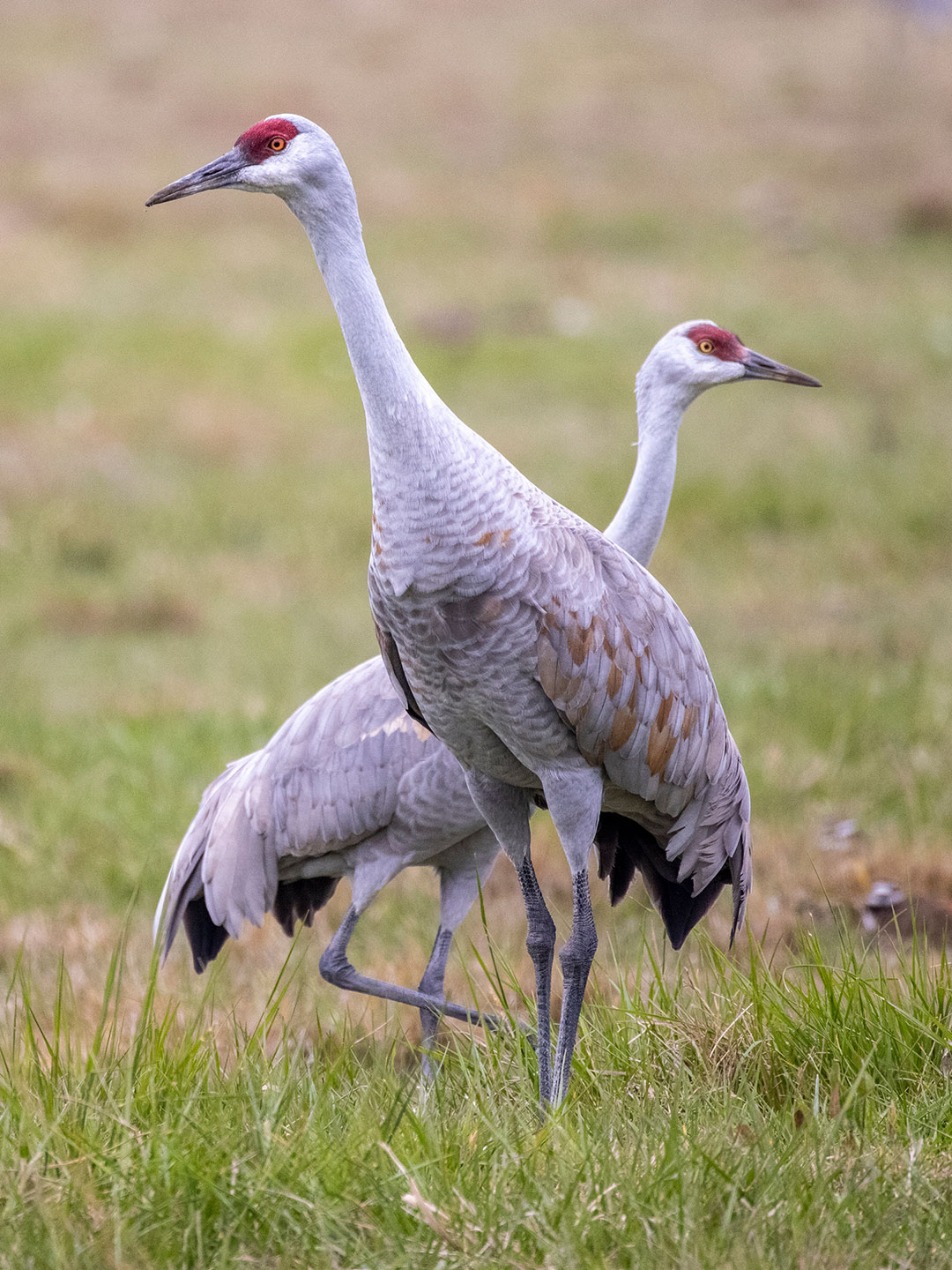 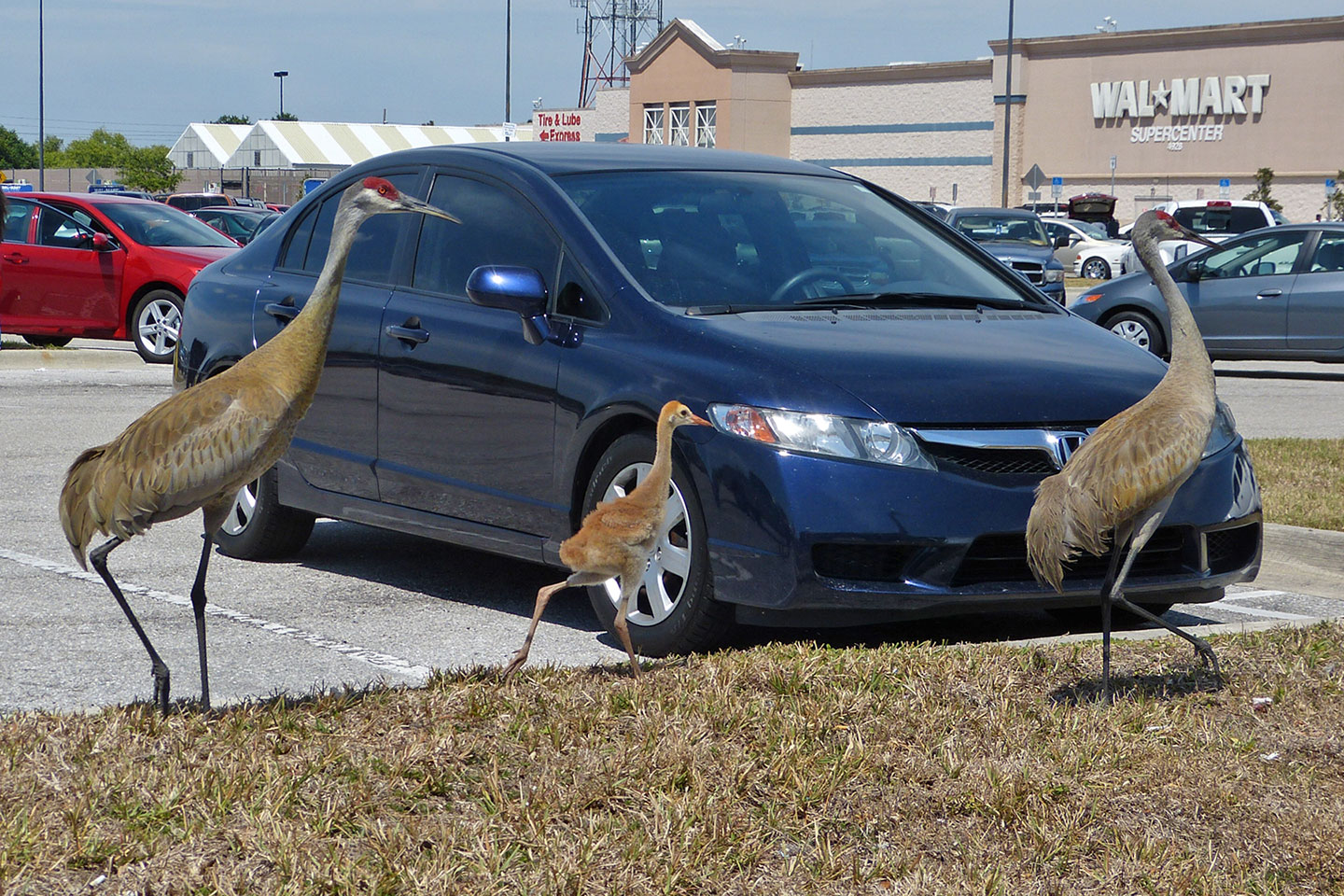 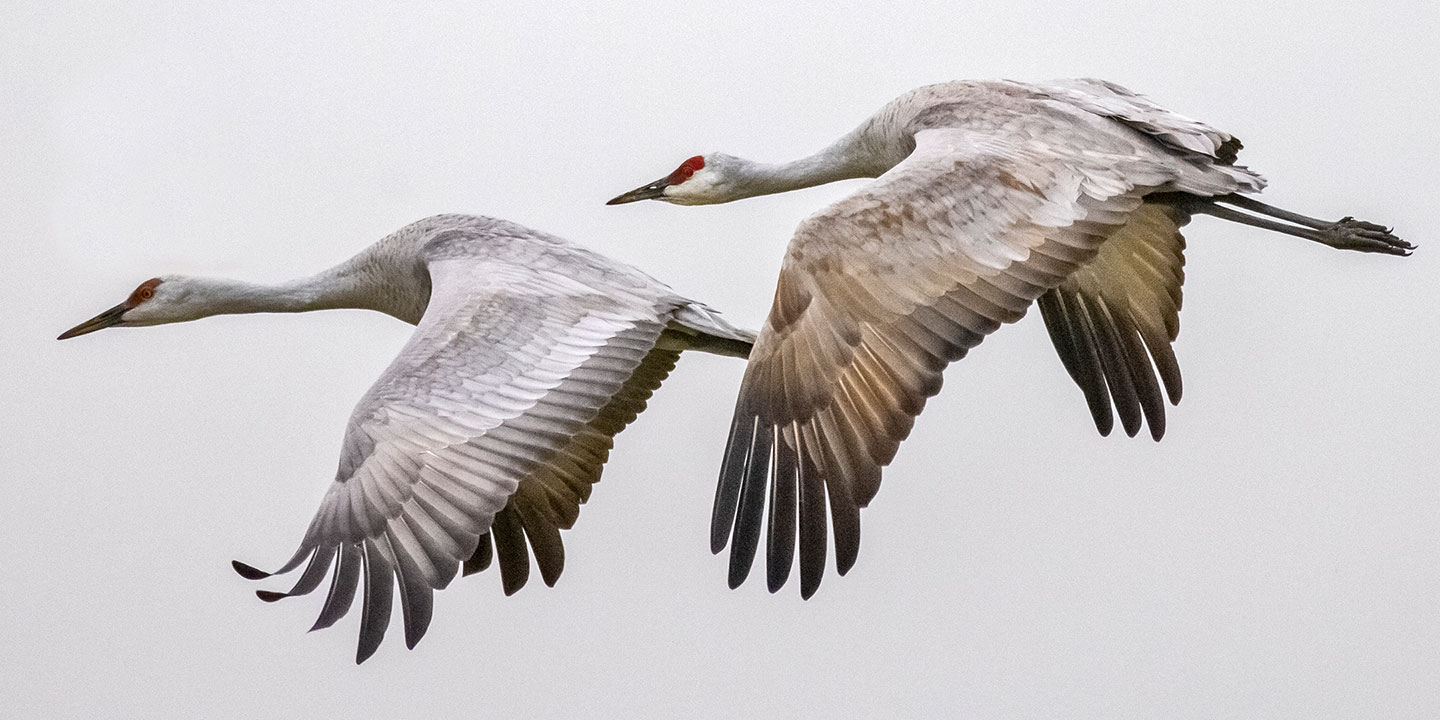 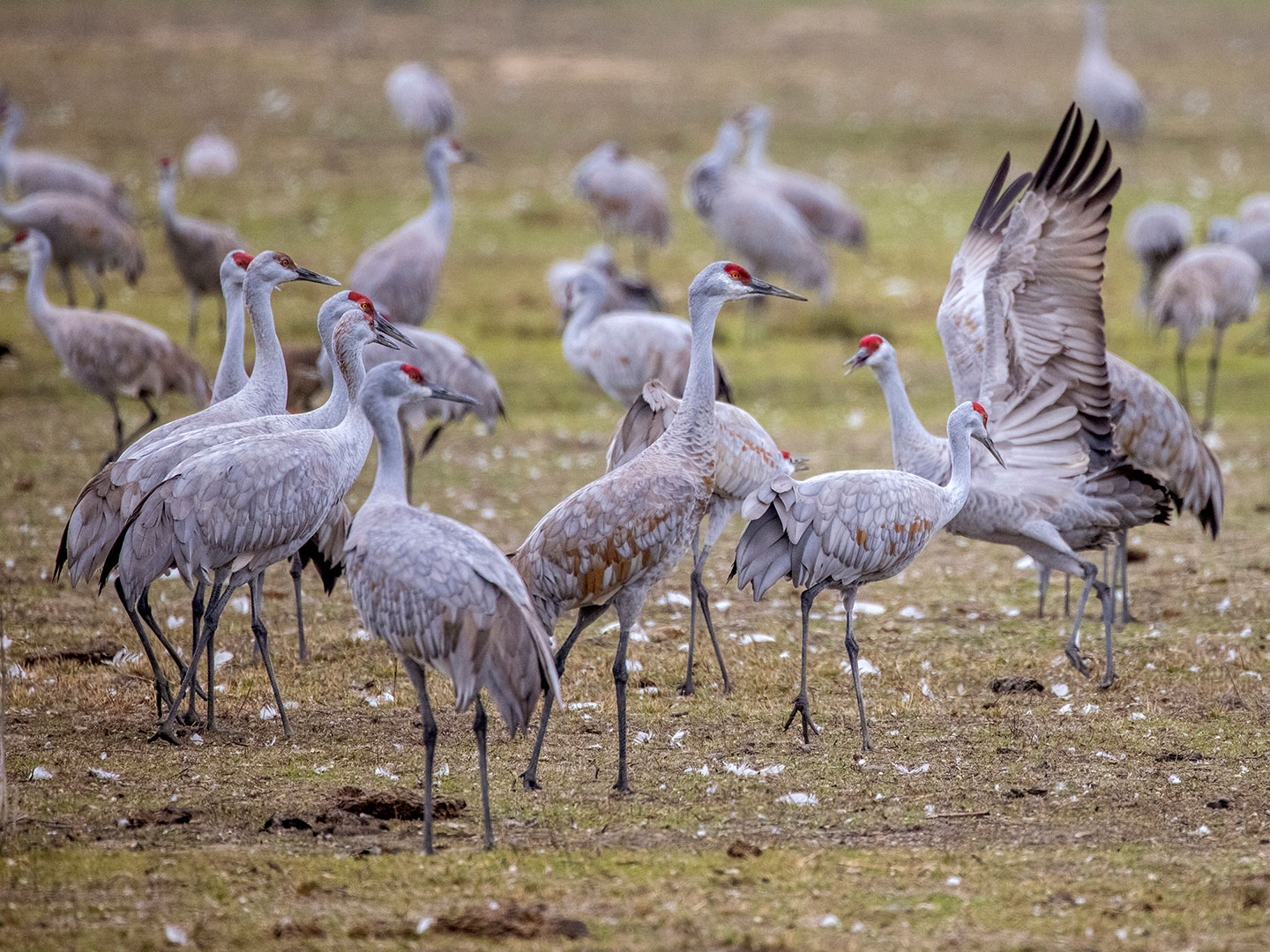