We did not see an abundance of wildlife this trip. There were brief sightings of quail, hawks, pelicans, ravens and other birds. Chris spotted a surfacing whale. I later saw a spout. Deer were relatively plentiful but I did not photograph them.

Whimbrel. Very few shorebirds were at the many beaches we visited. Below you will see some whimbrels from Wright’s Beach.

Pelagic Cormorants. On a rugged rock off Wright’s Beach were several cormorants nesting on the sheer vertical surface. You can also see the tafoni formations in the rock, web-like holes in the stone.

Osprey. Three osprey danced in the air, whistling and flying acrobatically at Bowling Ball Beach. As soon as I got my telephoto lens they began to disperse. I have only a few long distance shots.

Harbor Seals. These were our fauna highlight. At a beach at Sea Ranch (now closed to human) a variety of adult seals and their pups lay mostly inert on the beach. Many pups were nursing. Harbor seals are easily identified by their spots. Some look like dalmatians, others like leopards or appaloosa. They come in a great variety of colors as well: near white, gray, black, brown, tan. We stood on the bluff above the cove and I would have stayed longer, but the wind was so fierce I could barely operate my camera. 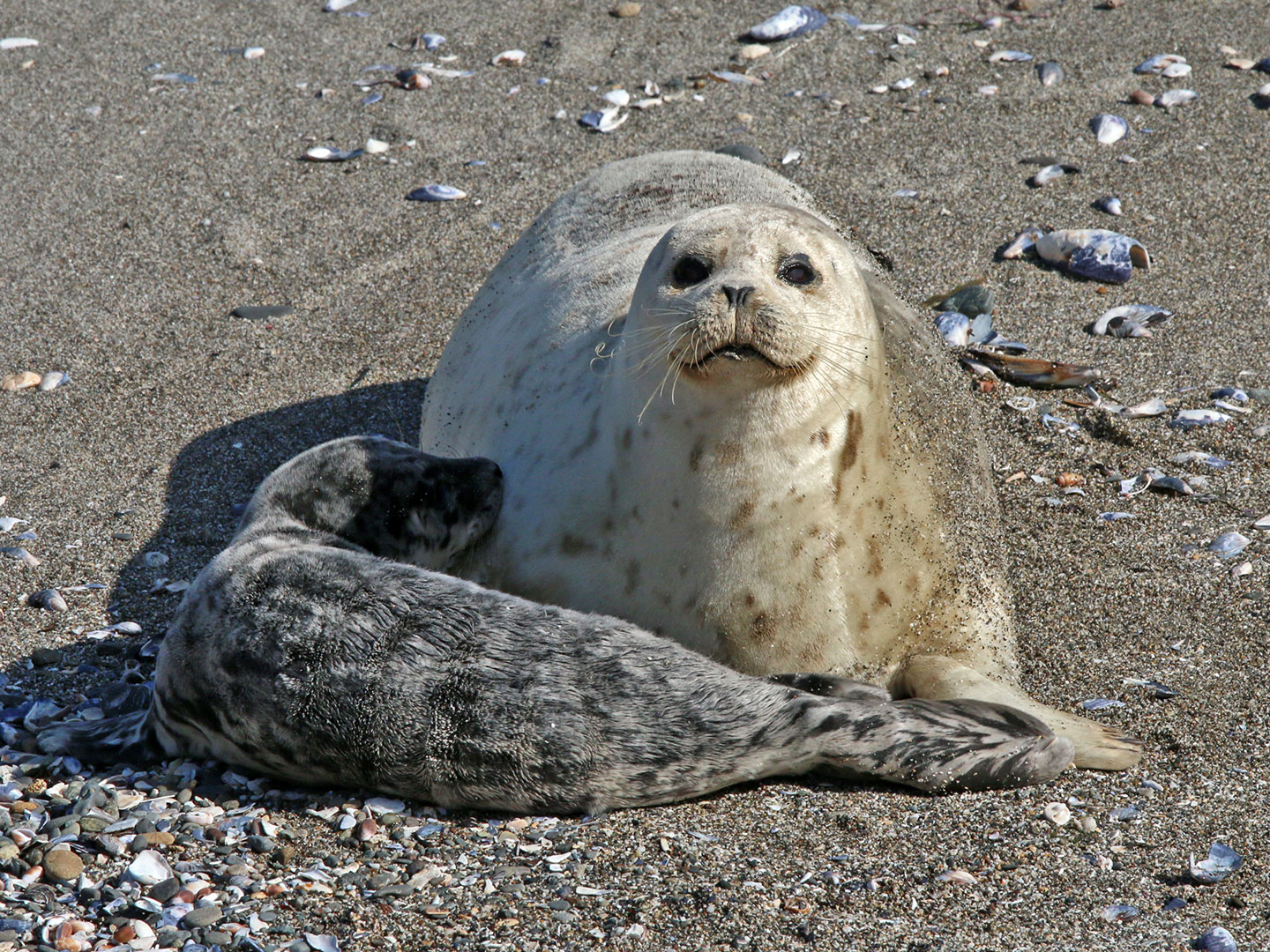 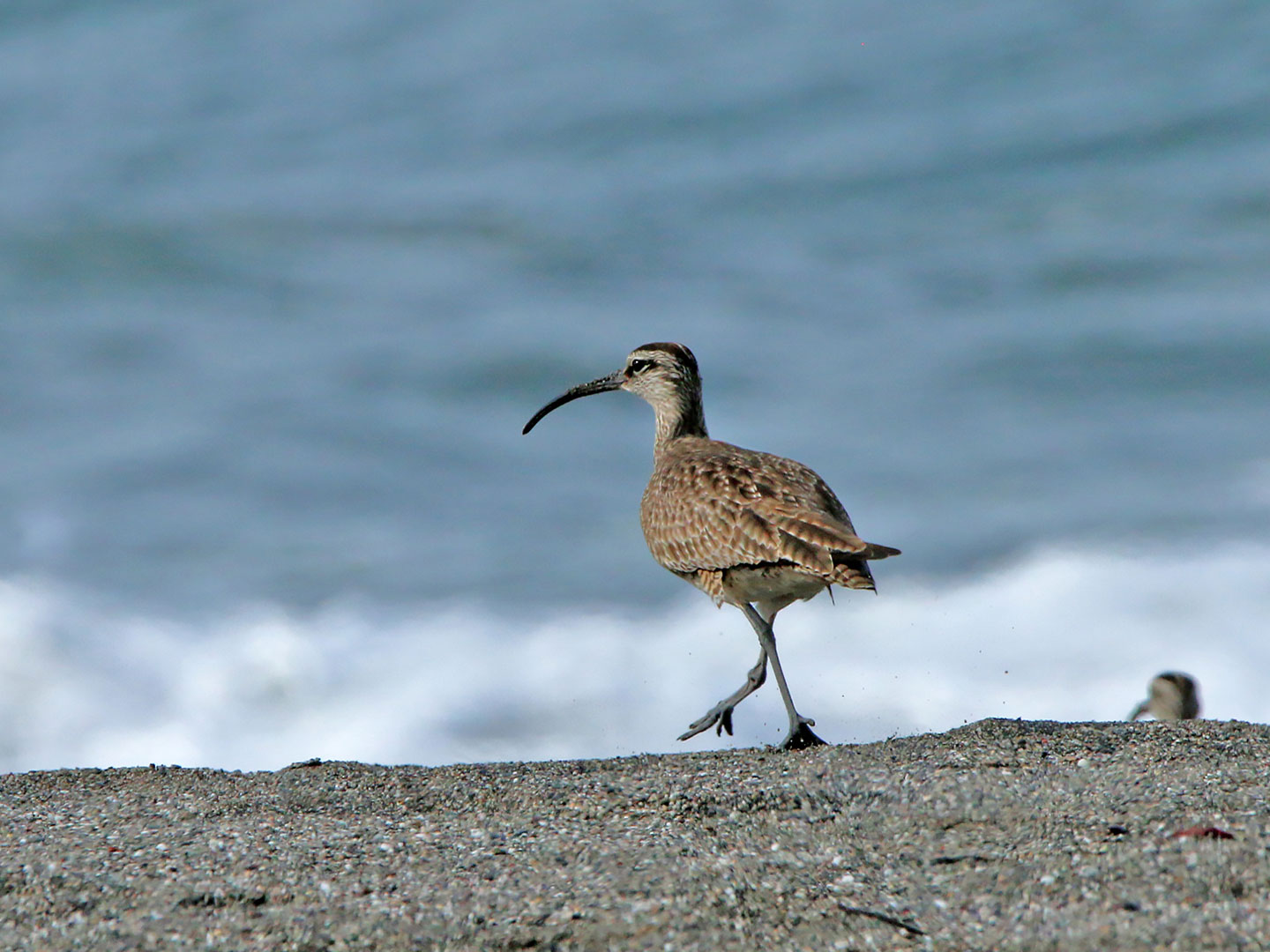 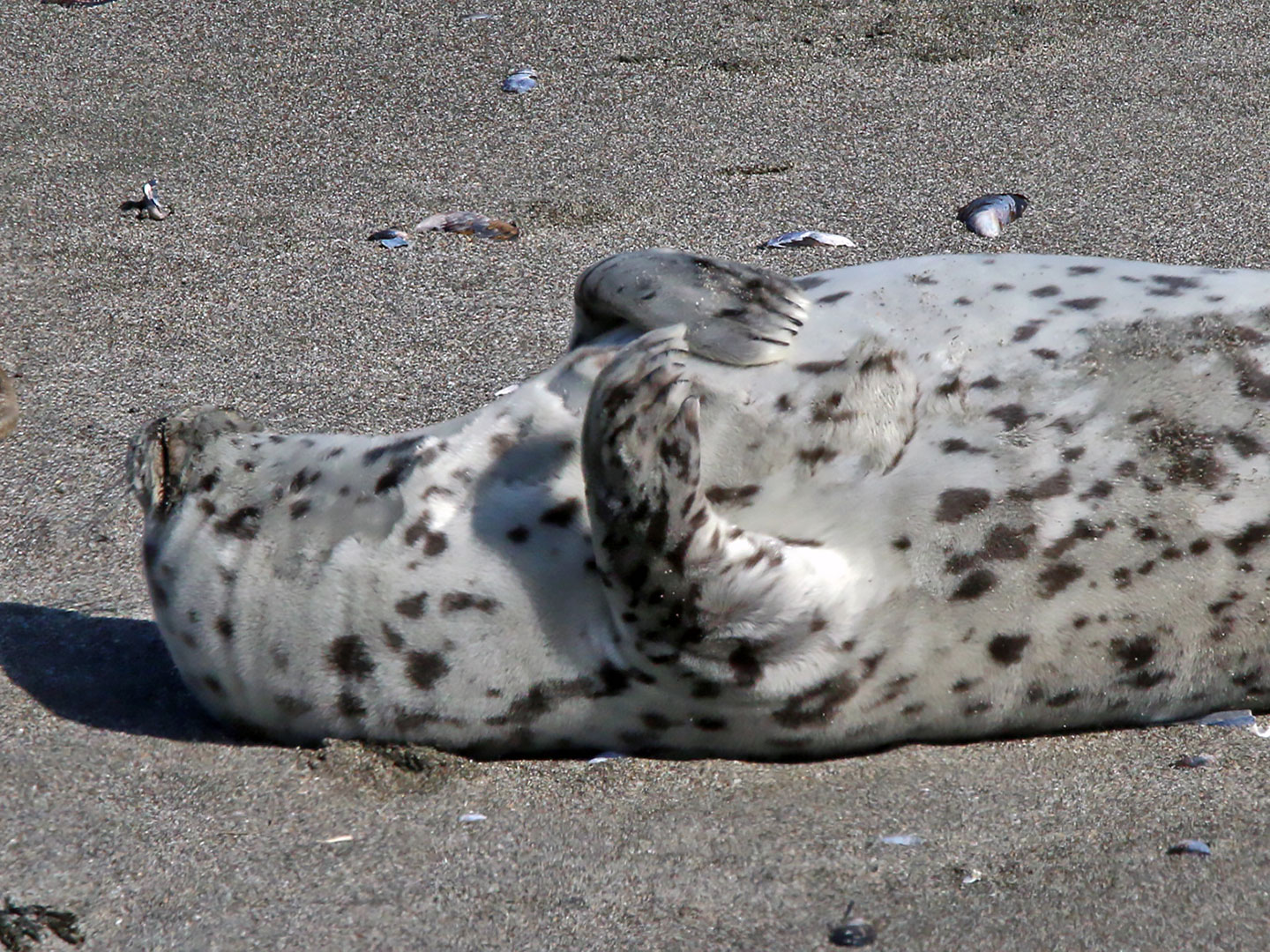 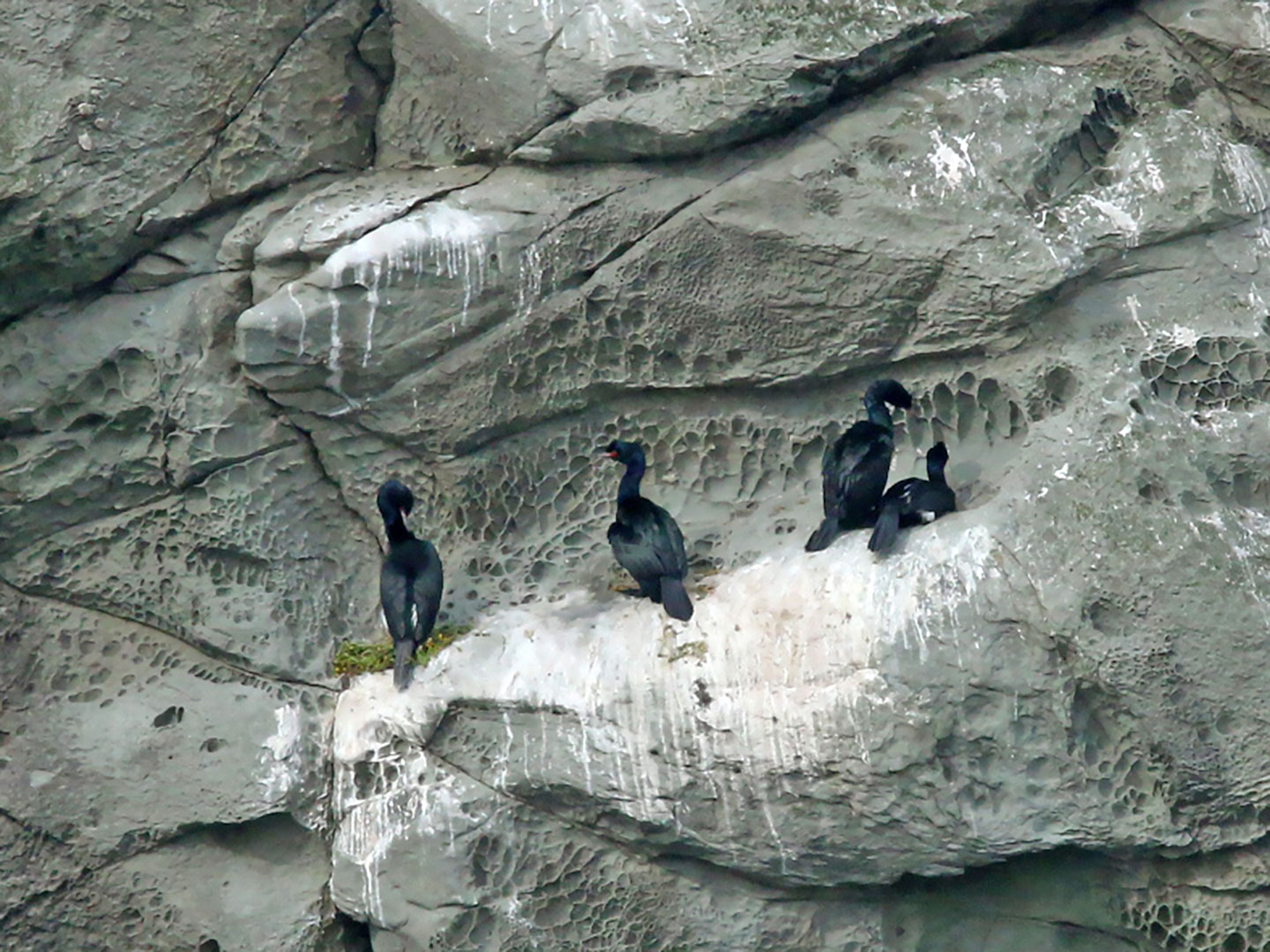 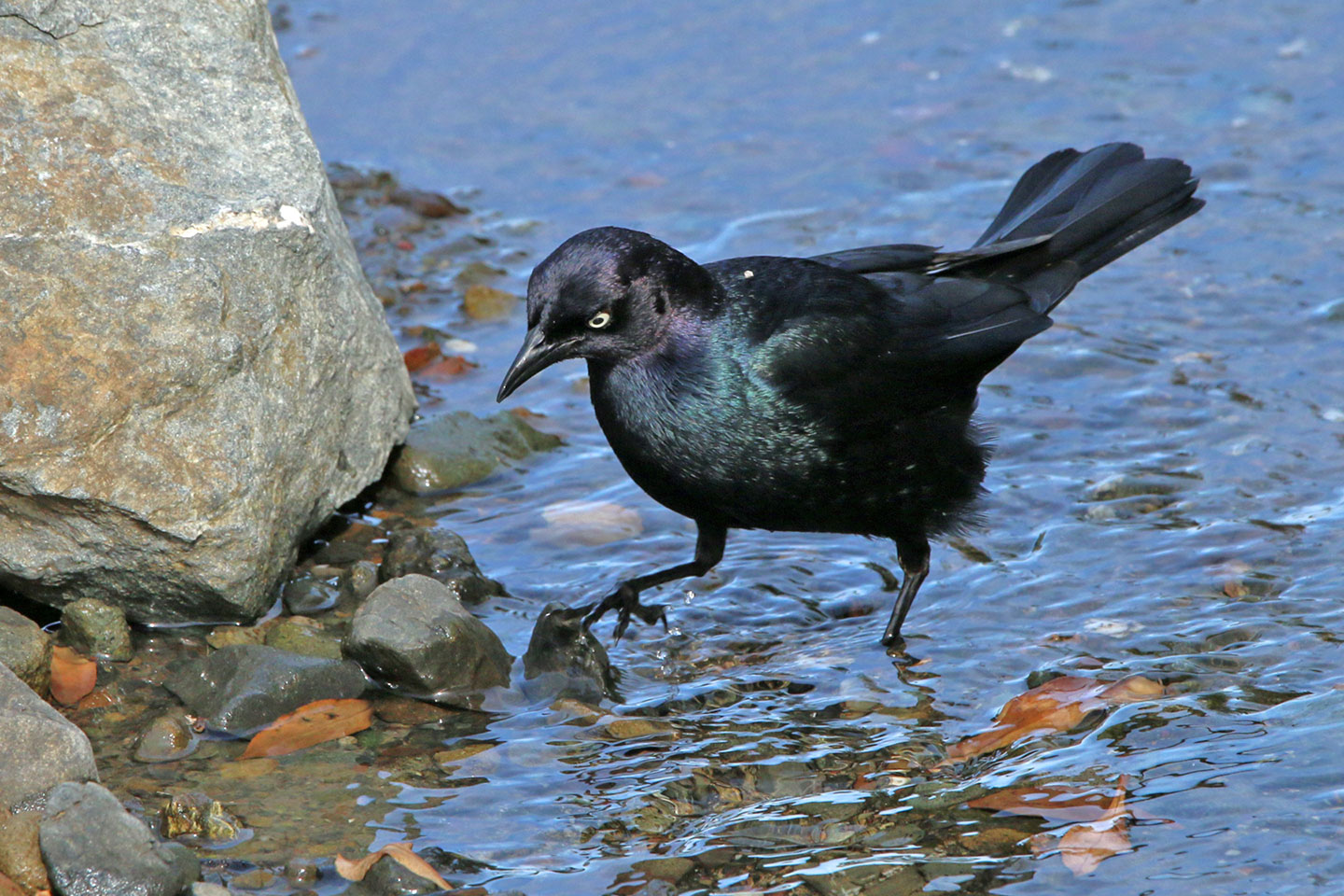 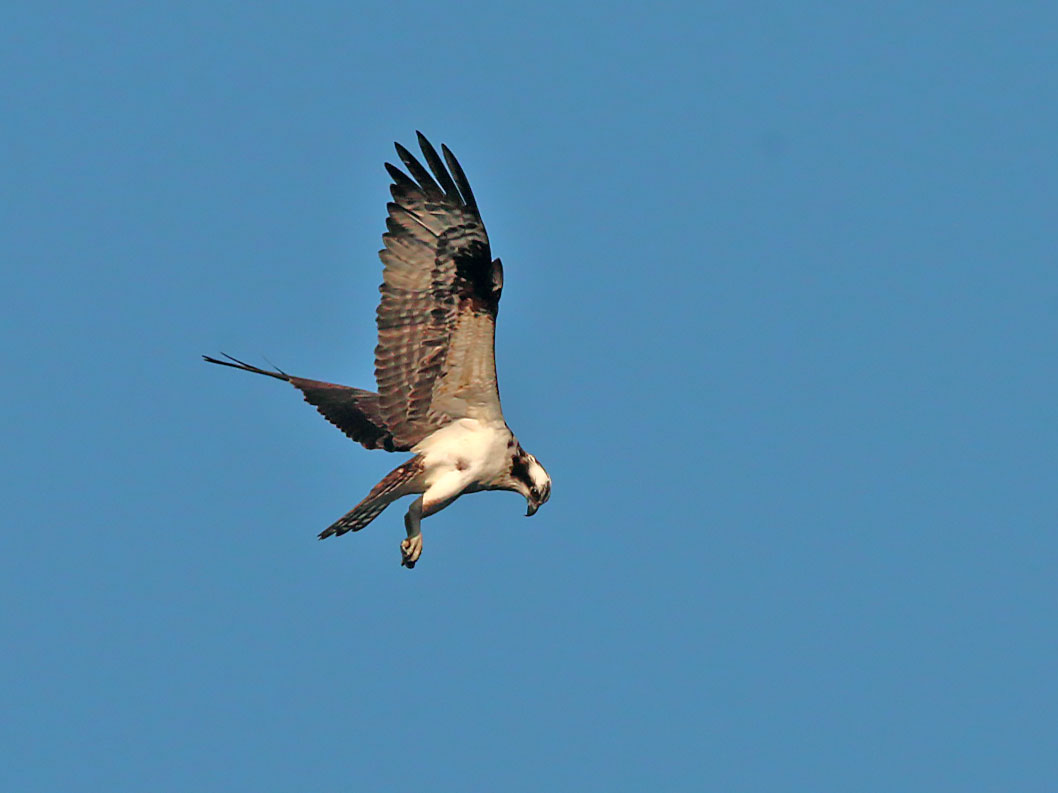