The baby cormorants are exploding in size, seemingly overnight. There are a few small newly hatched chicks but most are nearly the height of their parents. They do not have flight feathers yet but they sure like to exercise their underdeveloped wings. Still covered in fuzzy gray feathers with some white spots they are quickly darkening in color and will soon be sleek. The rock ledge is crowded with families and most birds stand nearby, but not in, their now too small nests.

I also discovered two nesting California Gulls among the blooming iceplants just above the cormorants. I have yet to see any baby gulls. These gull are actually the biggest predator of cormorant eggs and small chicks. Now most chicks are larger than the gulls.

I will include photos from May 13, May 18, May 27 and June 1. You can see the striking difference in the size of the babies. In one photo from May 18 you will see a brown immature Brandt’s cormorant from last years brood. It’s the only juvenile I have seen while visiting this site.

Please do not reproduce any photographs without my permission. Thank you! 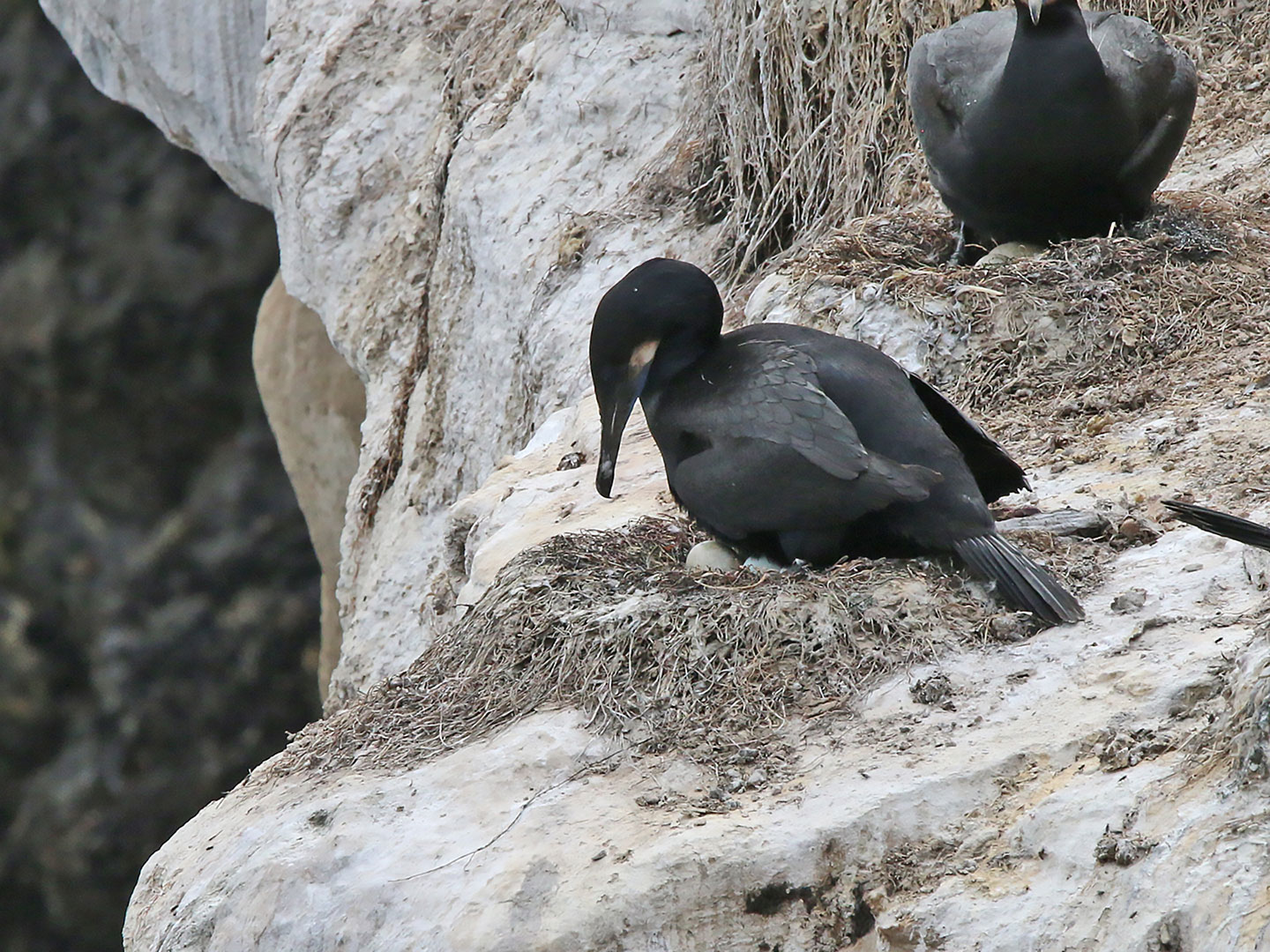