NOTE: I have been remiss in posting my blog notes and photos for the last few months. I’ve been resorting to “quick and dirty” posting on Facebook on both my personal page and my more professional “Carla Brennan Photography” page. However, now that I have been sheltering-in-place for a few weeks, I am knuckling down to resume regular posts. I have no shortage of photographs to share.

When I wrote the first draft of this narrative in January, I did not know that my self-retreating skills would soon be put to good use while sheltering-in-place for the pandemic!

Every so often – but not often enough – I arrange a self-retreat, a period of time to be alone and silent. The days are spent following a loose schedule of meditation, exercise, meals and moseying about with my camera. This past December I spent four nights at a friend’s estate in the Santa Cruz Mountains while they were away.

For this self-retreat I tried something new. I shared the experience with a friend. We both contributed to preparing meals and we ate together in silence, only speaking to communicate practical concerns. We also meditated together several times a day. Otherwise, we kept our own schedules. We had separate but nearby rooms. Maybe this is new kind of retreat, a buddy-retreat instead of a self-retreat.

Despite forecasts for sun, it was overcast and rainy most of the week. Thick fog often obscured the surrounding mountains. This weather added to a mood of quiet introspection.

The property had beautiful gardens with small man-made ponds and pathways. Large and small sculptures, stonework and inviting seating areas were dispersed among the plantings. Despite the rain and chilliness, I wandered outdoors for a few hours each day. I did not hike, mind you, but only sauntered, as John Muir recommended, slowly and lovingly taking in the sights, smells and sounds of the sacred land in a leisurely manner.

This area of thoughtfully cultivated land is completely surrounded by wild redwood forest creating a feeling of remoteness and welcomed isolation, even though it was only a few miles from my home (as the raven flies) and even closer to the not-so-bustling center of downtown Ben Lomond. I felt delightfully removed from my ordinary life as if I were far away in a magical kingdom.

CALIFORNIA NEWTS
Each day, whether raining or not, I’d zigzag through the gardens of fruit trees and flowering plants. Several ponds, created for water storage and for beauty, dotted the landscape. Within these pools, California newts had begun their mating rituals, lazily floating in embracing pairs. This was engrossing to watch even though it was, for the most part, serene with little activity.

Occasionally there would be a sudden upheaval and disturbance. A third newt would approach a mating pair and attempt to takeover. I assume it was a male trying to win over mating rights with the female. Suddenly the three newts would become a writhing ball of hard-to-identify amphibious parts struggling for supremacy. Eventually one newt would leave and the pair would again settle into their gentle mating embrace, floating dreamily in the murky water. I never knew if it was the intruder or the original male who left.

Some newts had also taken to traveling across land through the forest so I had to be careful where I stepped. They were perhaps on their way to another pond to reproduce.

WATER STRIDERS
The other primary inhabitant of the ponds were water striders, those insects who magically glide on water, taking advantage of its natural surface tension. Being the large, clumsy creatures that we are, we rarely get to experience this feature of water. I tried to photograph the delicate balance of insect resting on water.

DROPS AND BUBBLES
I enjoy photographing water in all its many forms. The rain during the week left glistening beads of water on stems and leaves and flowers. I even found myself reflected in large bubbles created in ponds by droplets falling from trees.

OLIVES
Do you love olives? I do. I love eating them but I also love photographing them. I am enchanted to see them growing and ripening on their trees, something you don’t see, of course, in the Northeast where I am from. Olives do well in the climate here, with weather similar to their origins along the Mediterranean Sea. I now understand why olives are a popular motif in Southern European designs. I have, for example, a lovely French oilcloth tablecloth and napkins decorated with a black olive pattern.

RETREATING
A retreat is a chance to slow down, to return to simplicity and celebrate silence. It is a break from the relentless demand of our to-do list and a respite from the powerful intrusive “weapons of mass distraction.” For a while we can be relieved of the pressure to get things done, to fulfill agendas and pursue accomplishments.

Having engaged in many long silent retreats over four decades, I know the transformative power of relinquishing our daily routines and hurried activities. We can return to a rhythm connected to the lifeblood of the living planet rather than the demands of societal pressures and electronic devices.

It is a sorrowful state of affairs that most people don’t know that there is an inner depth available – still, silent and peaceful – just below the stormy wave-tossed surface of our thought-driven minds. Nature provides the surest doorway to this other way of being.

The first day of the retreat I slept a lot, surrendering to a fatigue I didn’t know was there. The second day, I was consumed by aches and stiffness in my body. The third day I was pursued by a torrent of thoughts and memories trailing me like an inescapable bad smell. The last day I finally fully arrived, body relaxed, heart and mind present and at ease. I was sad to be leaving the following day.

This is the way most retreats are. It takes 3-4 days to release the layers of built-up tension from daily life. This is why even longer retreats can have a more profound effect. Over many days of silence and simplicity we relax more fully into the open expanse of our inner being. 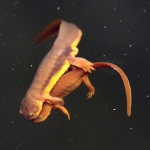 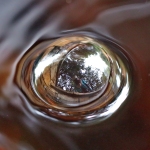 One thought on “Retreat in the Santa Cruz Mountains”