After witnessing the splendor of Carrizo Plain National Monument’s superbloom in March, I was determined to get back to enjoy more flowers. But by the time I had a few days available to make the trip, the superbloom had passed. I will have to wait until the next one, which could be next year or in 10 years or ?

Fortunately, the regular spring wildflower season wasn’t over and I could go somewhere closer to home to find them, possibly Pinnacles National Park, Henry Coe State Park or Mercey Hot Springs. These are not places of superblooms but good choices for reliable yearly wildflowers. I decided on Pinnacles, only two hours away. I’d been there once before on an unpleasantly crowded weekend. This trip, I was arriving on a Monday. Pinnacles is also home to condors, a bird I’ve long wanted to see.

Arriving without a reservation, I was still able to find a good campsite, #59. It was spacious, shaded by oaks, with a small stream running through it. California quail, acorn woodpeckers, juncos, scrub jays, spotted towhees, gray squirrels and ground squirrels made frequent visits. After one hike, I sat quietly for a long time, watching the various animals come and go, sometimes photographing them. On the last night, raccoons decorated my car with muddy footprints. The only downside to this spot was that it was near group campsites where boisterous excitable teenagers had gathered for an outdoor adventure.

The next day I went on a shorter, steeper hike, the Condor Gulch Trail from the trailhead to the Overlook, only two miles round-trip. At the Overlook I met a couple from Walnut Creek and a young American woman living in Tel Aviv. We ate lunch together, sharing stories about nature and birds. (It turns out that Israel is a great birding destination.) The couple had seen condors the evening before from the campground and explained where to meet at sunset to see them again.

After lunch I meandered a little farther on the trail, admiring in silence the towering cliffs and volcanic rock formations. Turkey vultures flew in and out of view above the tallest pinnacles. Then I saw it. A soaring bird much larger than the vultures with white on its underside. A condor! It only appeared for a few seconds. I grabbed my bridge camera with its 600mm zoom (my good telephoto lens was still in my pack.) It appeared again for a few seconds and I took some quick, what I call, panic shots. It disappeared again. Then I waited. And waited. And waited. My good camera poised for action. Eventually I gave up and put the camera down to pack up for the hike home. At that moment two condors soared right overhead, like low-flying aircraft, darkening the sky with their nearly ten foot wingspan.

There are only 160 condors in all of California and about 27 are in Pinnacles. As you probably know, during the 20th century, their population was decimated by poaching, lead poisoning and habitat destruction. The few remaining condors were captured and became a part of a captive breeding project. In the 1990’s, they began to be introduced back into the wild.

Back at the campground that evening, I joined others at sunset to watch the arrival of condors taking advantage of the last updrafts from the sun’s dwindling heat. Above the hill behind the campground they soared acrobatically, being lit by the sun’s last rays. 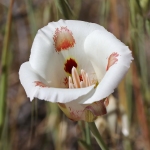 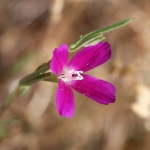 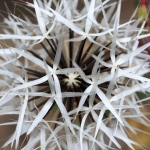 Life has carried me away the last few months, but now, at last, I am back reviewing my photos and remembrances from my trip to Central America in January 2019.

From the San Ignacio area of Belize we crossed into Guatemala to visit the ancient Mayan ruins of Tikal.

The border crossing was our first challenge. Traveling in a car rented from Belize triggered a series of bureaucratic reactions from the Guatemalan side. Standing in numerous lines, often repeatedly, forms had to be presented, often repeatedly. Money was changed and fees paid. The process was mysterious and convoluted. A young man with basic English attached himself to us, offering to guide us through the process, expecting, or at least hoping for, a tip at the end (which he got). This type of money-making arrangement is found around the world in developing countries. In his New York baseball cap he effectively shepherded us through the chain of command. My niece who speaks fluent Spanish also interceded. It was unnerving to see Guatemalan soldiers in spiffy camouflage uniforms with large automatic weapons guarding the border.

On the road again we had 80 miles to Tikal National Park. The drive was scenic, passing lush farmland and forests, small villages, and the narrow east end of Lago Peten Itza.

We encountered more confusion when we reached the Park entrance. They only wanted Guatemalan money and we hadn’t changed enough cash. We discovered that when changing or using US dollars, they will only take large bills, $20 or more, in absolutely mint condition. The slightest mark or tear would disqualify the exchange.

A tour guide, Jose, hoping to be hired, talked to my sister while the rest of us tried to figure out how to pay our entrance fee. Eventually, we made it through. We found out from Jose that a general strike had been called for the next day to protest the president of Guatemala’s decision to kick UN representatives out of the country. The UN was investigating governmental corruption. All the roads might be closed and we could be trapped in Guatemala. Fortunately the roads stayed open and we made it back, without incident, to Belize the next day.

We had reservations at the Jungle Lodge in the National Park. Our casita was comfortable and attractive. The open air restaurant at the Lodge was surrounded by large flowering ginger plants and the jungle fragrances and sounds were intoxicating. As we checked in I saw a social flycatcher and a gray-necked wood rail, both birds I had never seen before. During a quick trip to the swimming pool I spotted my first spider monkey, traveling from branch to branch in the tall trees. From the front desk, we hired a guide, another Jose but much younger, to take us on a late afternoon tour of the ruins. His English was excellent and we discovered he had spent a few years in western Pennsylvania, not far from where my sister and I had grown up.

Walking the main trail through the jungle we were happy with anticipation, excited to reach the ancient remains of the large and sophisticated Mayan culture. I had seen Aztec pyramids in Mexico but had never been at a Mayan site before. Our first stop was the Great Plaza, with its temples, palace ruins, altars, ball courts and acropolis. Climbing the stairs to a viewing ledge at Temple II, we peered across the Plaza to Temple I.

Looking down I tried to imagine what life would have looked like, a dreamlike world of color and costume. Here there would have been processions of kings and queens, complete with gold and jade jewelry, elaborate ornamentation and flowing feathers. Tournaments of a sacred ballgame were often held near Temple I, some games ending in bloody human sacrifice. The architecture would have been covered in sculptures depicting their complex mythology. Some buildings – entire temples – were painted red. In the hubbub of daily life, one would have seen children playing while merchants, artists, farmers, and toolsmiths displayed their wares.

The Great Plaza has a connection to the resplendent quetzal, a bird of importance to both ancient and modern Central American culture. When you clap loudly and sharply in the center of the Plaza, the echo mimics the quetzal’s call. Am interesting phenomena, but was it intentional or coincidental?

As the light diminished, coatimundis appeared, searching for any treats left behind by a full day of tourists.

The next morning we rose before dawn to meet with our first Jose, the Older, for a longer tour of the fauna and flora of the park in addition to the Mayan remains. We traveled through more areas of restored buildings, including Temple IV, the tallest still-standing structure within the entire Mayan empire. After climbing a long wooden staircase we reached a viewing platform above tree line that revealed the vast expanse of jungle broken only by the crumbling stone tops of other temples. During the height of Tikal, most of the trees between temples would not have been there, and we would have seen great causeways, ponds, smaller buildings and many splendidly dressed people.

Probably without knowing it, you have seen images of Tikal. In “Stars Wars: A New Hope,” views of Tikal were used as the site of the rebel base.

You might be interested in a recent NatGeo TV show called, “Lost Treasures of the Maya.” The four part series explores new discoveries of the ancient Mayan civilization revealed by LIDAR, a technology that is changing archeology around the world. By using special radar in low flying airplanes, the unknown remains of 61,000 Mayan structures can be seen through the previously impenetrable blanket of jungle vegetation. Scientists now realize that the Mayan empire was more massive than ever imagined. Even at Tikal, which has been excavated for years, new structures have been found.

Check back for the 3rd and final installment from our Central American trip: “Belize: The Ocean.”

Walking to the ruins