Here is this year’s photographic crop of wildflowers that I have not yet posted. Most of these flowers were seen in open space on Skyline Blvd., Quail Hollow County Park, along Alba Road where I live, Mt. Madonna Retreat Center, and various other locations I found myself wandering with my camera.

Please do not reproduce without permission. Thank you! 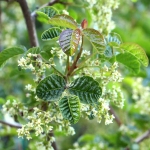 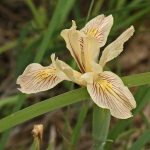 Coast Iris – endemic to this are 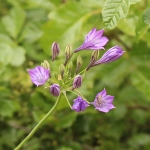 Coast Iris – endemic to this area 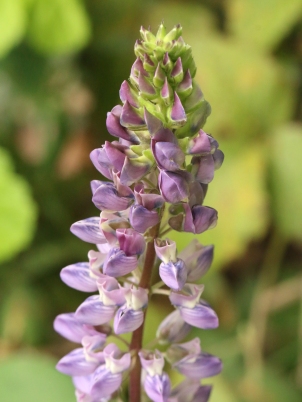 Coast Iris – endemic to this area

Coast Iris – endemic to this are

The eggs at the Brandt’s Cormorant colony are beginning to hatch! Gray, reptile looking chicks are showing their heads and begging for food. Many of the pairs are still incubating eggs. Both parents spend time on the eggs/ hatchlings. Photos a bit blurry, but you can see the babies.

Please do not reproduce any photographs without permission! 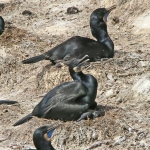 Colony is active and interactive

Colony is active and interactive

The sea pretty much speaks for herself so I won’t write much here.

But I will mention the unusual formations at Bowling Ball Beach, south of Point Arena. When there is a minus low tide – which we had – the famed “bowling balls” (about the size of large beach balls) with their “bowling lanes” emerge from their watery home. They are naturally occurring geologic formations called concretions. We went twice, on a sunny morning and a foggy morning. I few of the shots were long exposure.

I am in love with Ocean
lifting her thousands of white hats
in the chop of the storm,
or lying smooth and blue, the
loveliest bed in the world.
In the personal life, there is

always grief more than enough,
a heart-load for each of us
on the dusty road. I suppose
there is a reason for this, so I will be
patient, acquiescent. But I will live
nowhere except here, by Ocean, trusting
equally in all the blast and welcome
of her sorrowless, salt self.

Please do not reproduce any photographs without permission . . . from me!

We did not see an abundance of wildlife this trip. There were brief sightings of quail, hawks, pelicans, ravens and other birds. Chris spotted a surfacing whale. I later saw a spout. Deer were relatively plentiful but I did not photograph them.

Whimbrel. Very few shorebirds were at the many beaches we visited. Below you will see some whimbrels from Wright’s Beach.

Pelagic Cormorants. On a rugged rock off Wright’s Beach were several cormorants nesting on the sheer vertical surface. You can also see the tafoni formations in the rock, web-like holes in the stone.

Osprey. Three osprey danced in the air, whistling and flying acrobatically at Bowling Ball Beach. As soon as I got my telephoto lens they began to disperse. I have only a few long distance shots.

Harbor Seals. These were our fauna highlight. At a beach at Sea Ranch (now closed to human) a variety of adult seals and their pups lay mostly inert on the beach. Many pups were nursing. Harbor seals are easily identified by their spots. Some look like dalmatians, others like leopards or appaloosa. They come in a great variety of colors as well: near white, gray, black, brown, tan. We stood on the bluff above the cove and I would have stayed longer, but the wind was so fierce I could barely operate my camera.

Pelagic Cormorants. Can you see them?

Last week we left for a few days to visit Chris’s sister in Gualala, California. On the way up we stayed at Wright’s Beach Campground in Sonoma Coast State Park, one of the few places in California you can camp on the beach. From there we spent two days in Gualala and then headed north for two nights at Russian Gulch State Park. We’d hoped to camp at Navarro Beach, another on-the-beach campground, but it was closed for the season.

I am dividing photographs into three installments: The Flora, The Fauna, The Sea. One photographic goal was, as always, to capture spring wildflowers. There are numerous flowers in this collection for which I have either forgotten their name or I didn’t know it to begin with. Over time I will return and correct this omission. If you know the name of a flower I have not labeled, please let me know. I played with macro shots, so some items were nothing special with the naked eye but appear impressive in an enlarged form. A few flowers were as small as 1/4 inch.

The flower I was most determined to see was the showy pink Pacific Rhododendron. It seemed elusive until leaving Mendocino when I saw a few shrubs near the highway. I insisted Chris pull over so I could run down the road with my camera. Supposedly there are wild rhododendrons in our part of the Santa Cruz Mountains. However, I have yet to see them here.

We endured some typical spring northern coastal California weather. A few days of sunny, bright, very windy and cold weather followed by a few days of cloudy, foggy, not so windy, cold weather.

We have a book to recommend to you: California Coastal Access Guide from the California Coastal Commission. Well organized, useful maps, plentiful photographs, good basic information about the many, many wonderful places you can get to the ocean from the Oregon border to Mexico.

Please do not reproduce any photographs without permission from Carla. 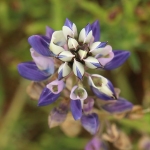 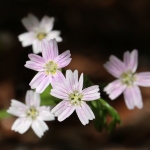 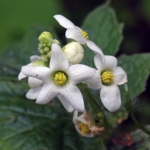 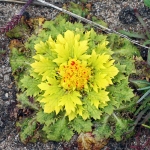