Heading home after several meetings in Santa Cruz, I took a short detour down a dead-end street to Johans Beach. It had been a long week of work. I was tired and drained and went to the ocean to clear my mind. Listening to the continual rumble of waves, I gazed at the delicate line where sky and water meet and eagerly sucked in the air tinged with salt and moisture. The road ends on a bluff, above a small crescent beach tucked in a cove and long arms of rock outcroppings that reach into the sea.

I had left my camera in the car, not expecting to stay long or to see much to trigger my photography addiction. Swells rolled in, climaxing as they lifted toward the sky and then relaxing, falling forward into curls. Surfers bobbed in the moving water, a few children ran gleeful circles on the beach, gulls glided by in a regular procession. A sailboat floated motionless in the distance.  The Monterey Mountains rose pale and blue in the haze farther to the south.

Then I saw her. A snowy egret perched on the top edge of a rock arm, a pristine white form with spindly black legs and  ridiculous big yellow feet. Like an elegant angel wearing bulky golden socks. She was close enough that I thought I might get a few good shots. I already have a large stockpile of mediocre photos of snowy egrets but I couldn’t resist the possibility of capturing a special image.

Returning with my telephoto lens, I stood near the edge of an outcropping. Between the bird and I was a cut in the rocks;  eight feet below waves rolled by, releasing into a low but deep sea cave. It looked so deep that I wondered if the cave should ever collapse, would the house above it crumble into the sea.

After a few not-too-interesting photos, I planned to leave. But first I paused, taking in the therapeutic sounds, smells, sights. Then the egret surprised me; she took off and flew directly into the cave. Creeping even closer to the rock’s edge for a good look, I felt nervous as waves pounded the rock walls, exploding into spray. Peering over I at first saw nothing, wondering where and why she had gone in that dark cavern’s maw. She suddenly appeared out of the shadows, prancing at the water’s edge. She was followed by another egret and two more!

For the next hour I watched their antics and snapped photos. The birds ran, played in the sudsy surf, chased each other (it’s breeding season – notice the frilly breeding plumage), and leaped and danced in short flights of fancy. Angels with big yellow feet.

(Please do not use or reproduce these photographs without permission.) 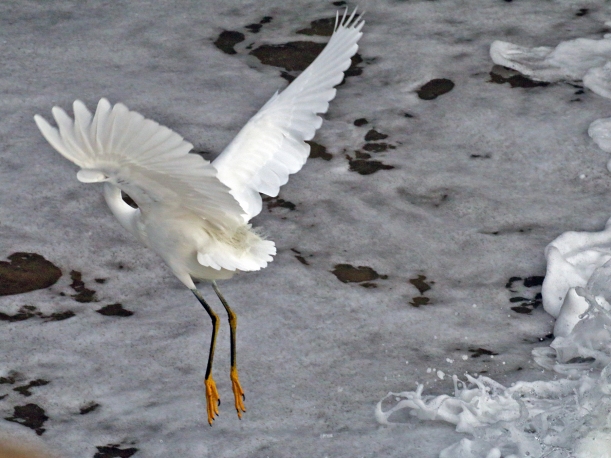 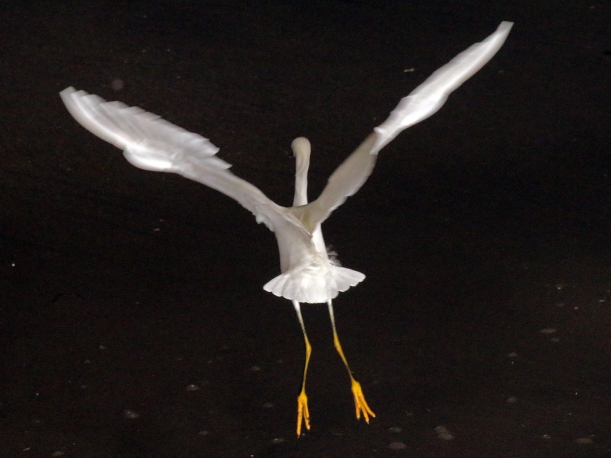 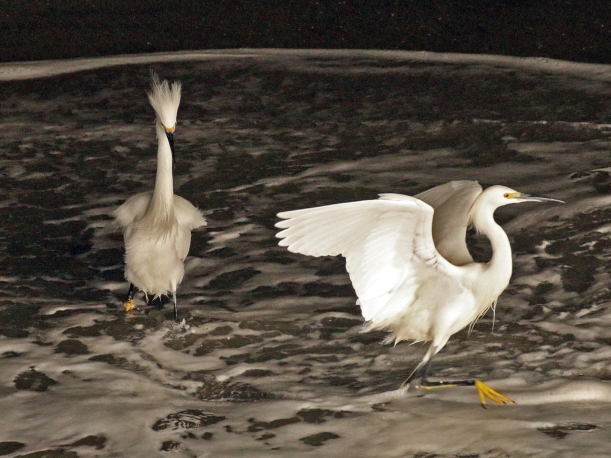 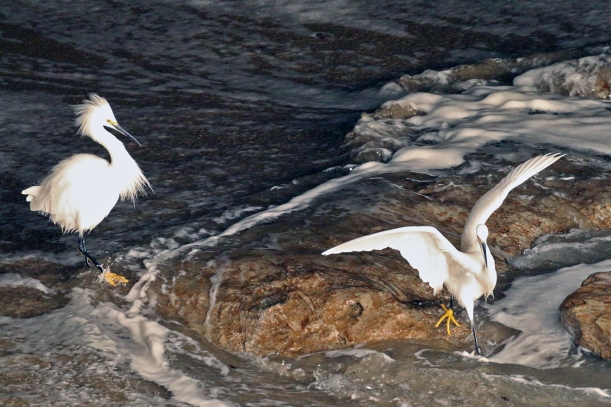 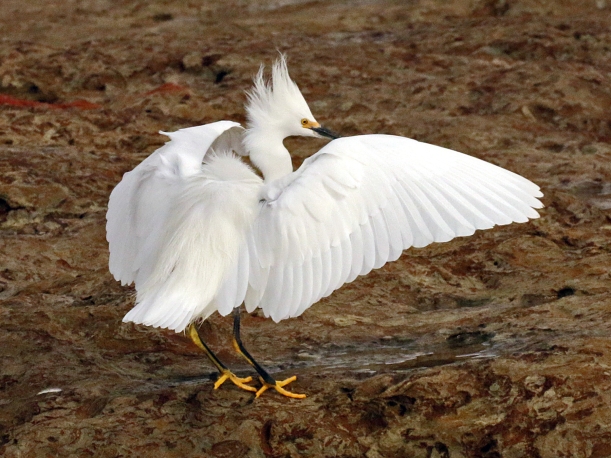 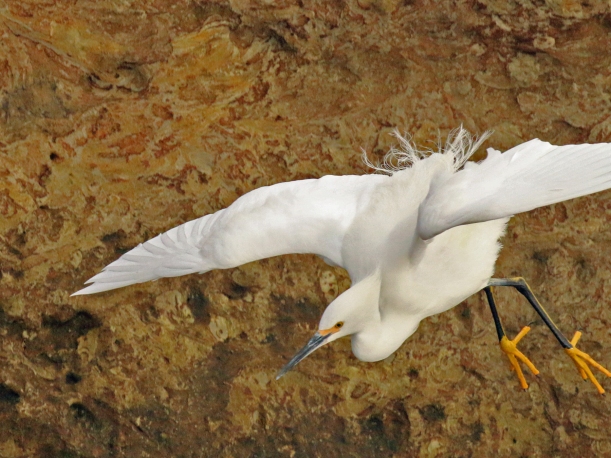 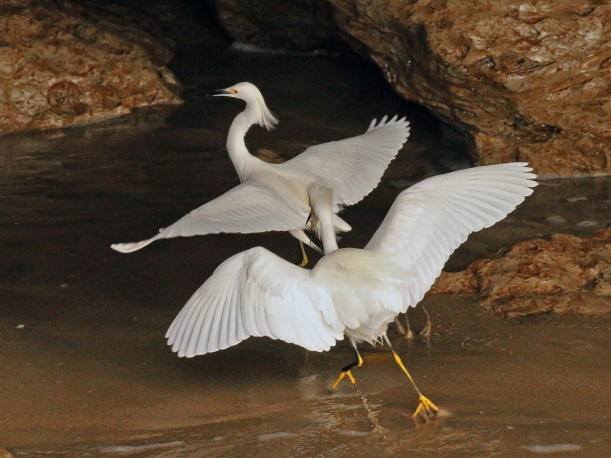 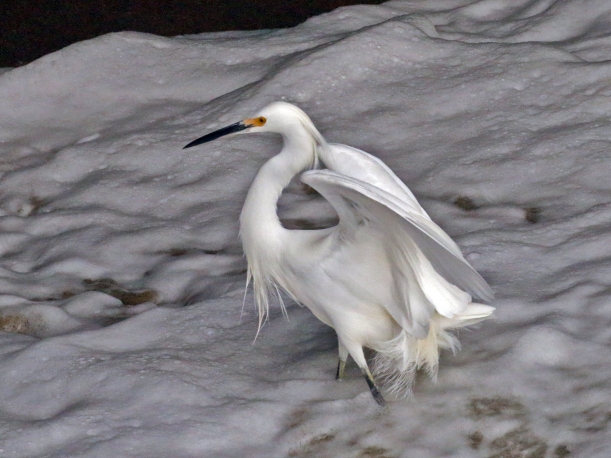